Carlo Acutis: A Millennial in Paradise 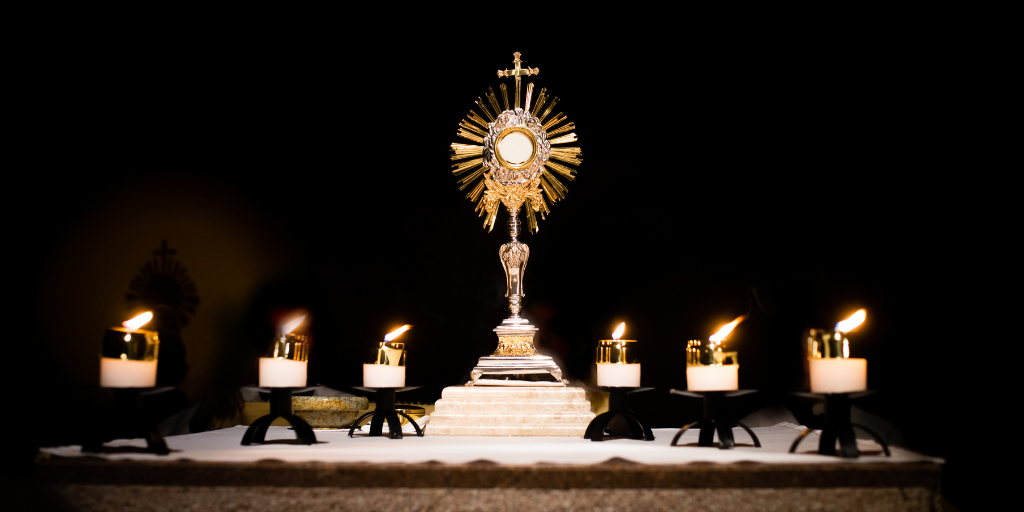 Born in 1991, Bl. Carlo Acutis is a stupendous model for teenagers today, because he is one of them. Dying of leukemia at age 15 in 2006, he is eminently relatable, as he, too, had a cell phone, a computer, and the ability to google something. The introduction to Carlo Acutis: A Millennial in Paradise states, “Today the world needs saints in jeans and tennis shoes.” 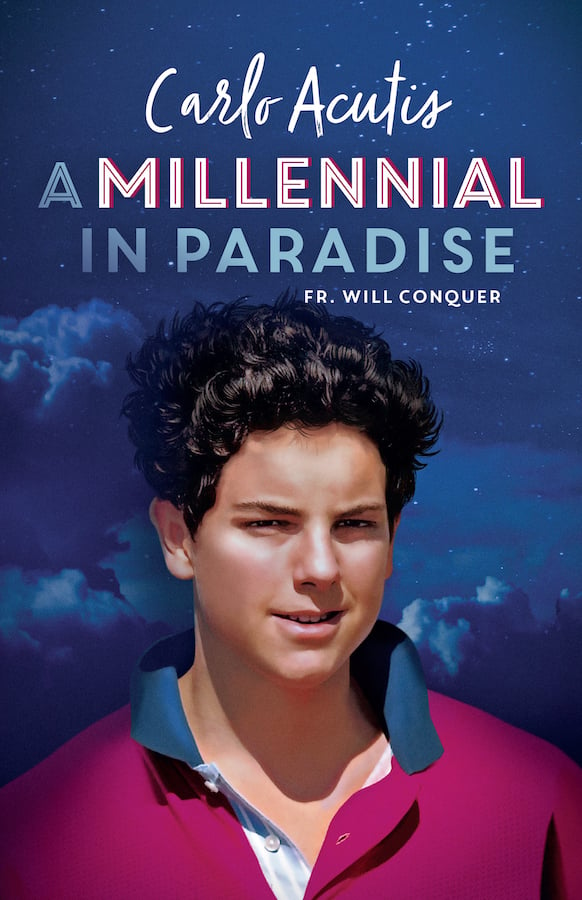 The author, Fr. Will Conquer, (gotta love that name) breaks down Carlo’s life chronologically, but also groups stories that illustrate Carlo’s virtues. Fr. Conquer invites readers to examine their own practice of virtues, and how they might improve upon them. He demonstrates that being holy isn’t easy. It’s heroic, but also attainable. Each chapter ends with a Bible quote, questions for personal reflection, and a prayer.

Carlo achieved his life of virtue and holiness by putting God first. He went to daily Mass by himself and was usually the only young person there. For this, other kids laughed at him, but he didn’t care. He didn’t need their approval. Later on, some friends would join him, mainly out of curiosity, and marveled at his devotion and attentiveness. He said of Mass and his life in general:

“I see that the more I love Jesus, the less distracted I am. Now I want to love Him completely.”

“Asking for forgiveness and being reconciled to God is like rekindling the fire of your hot air balloon and discarding the stones that are weighing your basket down.”

Carlo’s basic rule of life was: Will this bring me closer to God? If yes, do it. If not, don’t do it. It’s that simple. St. Thérèse of Lisieux, with her “little way,” undoubtedly approved.

Although raised in Milan, arguably the fashion center of the world, keeping up with the latest clothing trends, as so many of his friends did, was of no interest to Carlo. He saw these things for what they were: unimportant. He said,

“We are all born originals, but many of us die as photocopies.”

Though he struggled with gluttony, especially with Nutella, he learned to deprive himself of this and other treats. In this way he practiced moderation and self-control. Likewise, he learned temperance through limiting his video game use.

As he grew older, Carlo discovered his aptitude with computers. Being on the internet so much, and living in today’s modern world, meant Carlo could easily have fallen into temptation through curiosity, but he resisted. A careful review of his search history confirms this. The fact that his password was “the Holy Spirit” was likely a prayer in itself to remain guarded while on-line.

He wasn’t naïve to what standard teenagers were like, however. Many of his friends talked to him about their romantic encounters. He frequently reminded them, in a patient and loving way, that their bodies were the temple of the Holy Spirit and cautioned them with restraint.

A note of warning: one such friend was a 14-year-old girl who told Carlo of her “first time.” The author also mentions pornography, prostitution, and, in delivering historical context, speaks of the Rwandan genocide in somewhat disturbing terms. Use caution when deciding whether your child is ready for that knowledge.

Just before he died, the fruit of two and a half years of his labor went on display: an exhibition on Eucharistic Miracles. This exhibit has now been 10 thousand places around the globe. But Carlo was in the hospital on the day of its debut. The blood cancer that ravaged his body would take his life in a matter of days. Even near death, Carlo’s peaceful demeanor set an example for those around him, including hospital staff.

The ending of the book contains a touching interview with Carlo’s mother, who talks about how Carlo always wanted to put Jesus first and to detach from everything else. In doing so, we can find true happiness, since God never disappoints, she said, having learned that from her son. “Sadness is looking at yourself,” he had said. “Happiness is looking at God.”

A great reminder for us all.

Carlo Acutis: A Millennial in Paradise by Fr. Will Conquer was published in 2019, with an English translation by Sophia Institute Press in 2021. The book could have used more time on the editing floor. There are frequently full pages all as one paragraph, and quite a few typos. Some of that may have happened in the translation.