Devotion: Hero from a Forgotten War 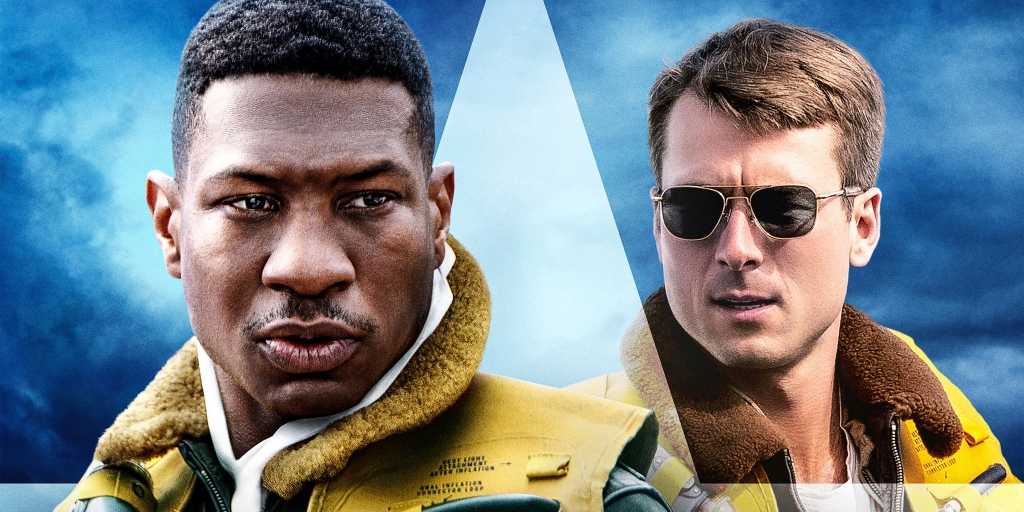 Sister Nancy Usselmann, FSP, discusses the themes of heroism in Devotion, a new film about the first Black fighter pilot in the US Navy.

Following on the wings of Top Gun: Maverick success comes this biographical aerial war drama about the first Black US Navy fighter pilot whose true story inspires and honors all military veterans. Devotion is based on the book by Adam Makos and directed by J.D. Dillard. It tells of the friendship that develops between celebrated wingmen Jesse Brown (Jonathan Majors) and Glen Powell (Tom Hudner) during the Korean War.

At a time in US history when Black men were not able to do more than be cooks and mechanics on US Navy ships, Brown pushes through the system to become a member of the elite group of fighter pilots, though not accepted by his comrades in arms. His intense demeanor puzzles Powell on their first meeting, but then he discovers Brown’s persevering tenacity. All his life people have told him that he will never make it to be someone special and that he should just give up. That comes out most vividly in the scene when Brown stares at a mirror spewing a string of hateful comments that people have said to him over the years. He does that to boost his confidence and prove to himself and others that he can and will be a great fighter pilot. Brown refuses to believe anyone but his own conviction that every life has a purpose.

When the North Koreans cross the 38th parallel, the pilots are called upon to support their troops caught in a trap. With some aerial wizardry, the pilots complete their mission. But Brown saw that they missed the target of a crucial supply bridge that didn’t get destroyed. He goes back against orders from Powell to nail the target. When they returned to their carrier ship, Powell questions him on it. Brown says, “You know how many people have told me to give up, quit, die even?” Brown continues, “That’s why you can’t always do what you’re told.” 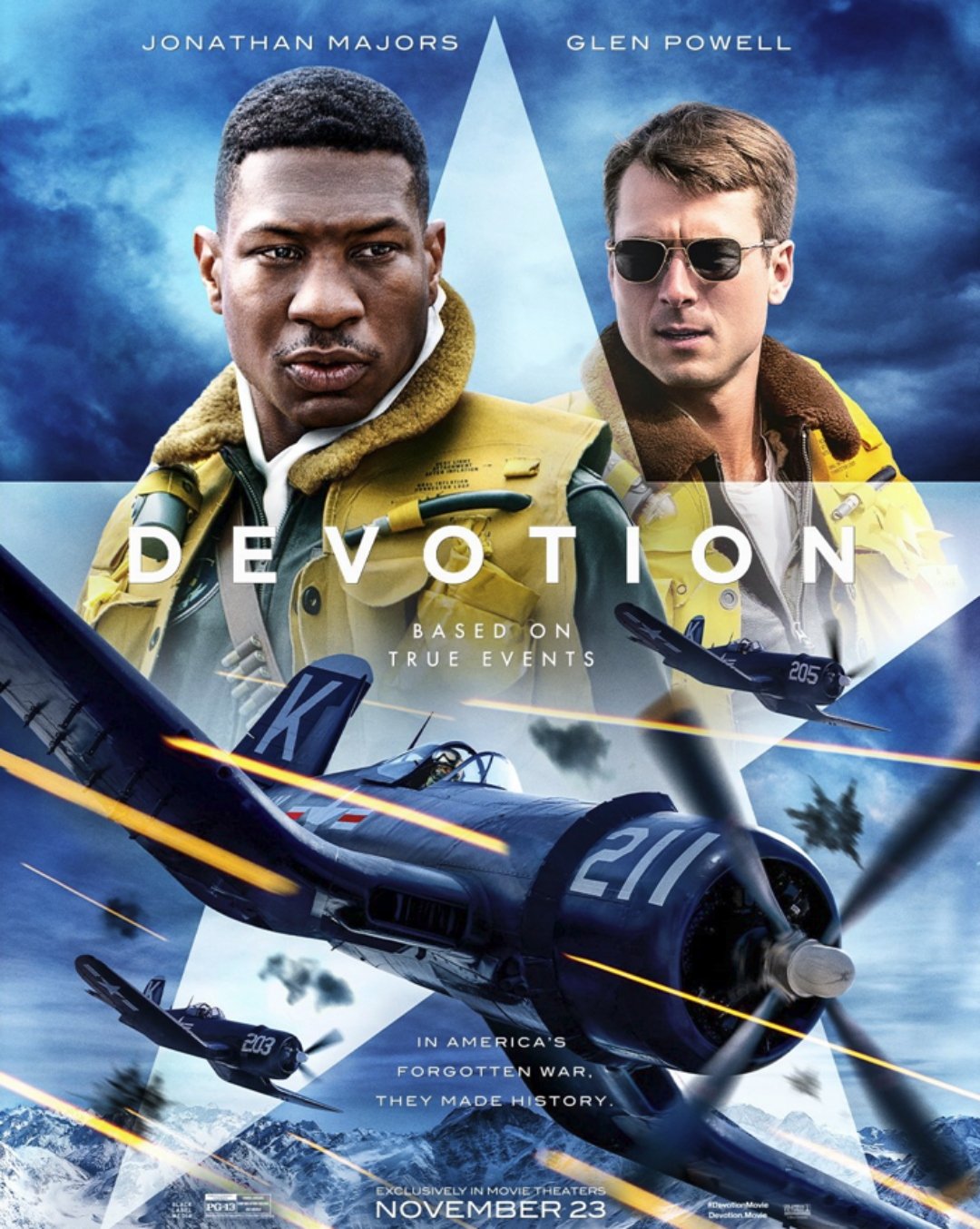 The injustice he receives from another pilot comes full circle when they are docked in Cannes, France and Brown accidentally meets the actress Elizabeth Taylor (Serinda Swan) on the beach. She invites him to an exclusive party. When he and his fellow pilots are refused entry, he calls on Elizabeth Taylor who vouches for him, to the chagrin of the prejudicial Navy officer.

Meeting his future wife, Daisy (Christina Jackson), opens Jesse’s hard shell to recognize a love he never knew. He lived for his wife and daughter by protecting them from violent racism and especially when he was called away on missions. Brown’s relationship with his wife must have been the rock which grounded him, but the script lacked emotion, especially as he was leaving for his last mission. I wanted to feel a more passionate reaction to Brown’s determination and grit, but it fell short.

Hudner plays his role as Powell stiffly, lacking some passion, except at the end of the film. I wanted to feel connected to the characters, and especially the growing friendship between Powell and Brown, but it just didn’t deliver the intensity of affection.

Don’t get me wrong, the stunning visuals and sweeping aerial views are astounding and captivate the audience bringing them into the adrenaline-inducing experience of Navy pilots. Jesse Brown’s story is tremendous, but the film lacked the emotional punch to make the audience understand the effort and devotion needed by those who gave the ultimate sacrifice for our freedom. Devotion does, however, transform the "forgotten war" experience into acts of real heroes who wanted to serve their family, God, country, and the world. The movie offers a beautiful witness of true freedom and love of neighbor by Brown and shows why he deserved the Distinguished Flying Cross.

'The Grizzlies': The Power of Community
Read
Midway: A Battle Remembered
Read
We Are All God's Children: Upcoming Films about Racism
Read