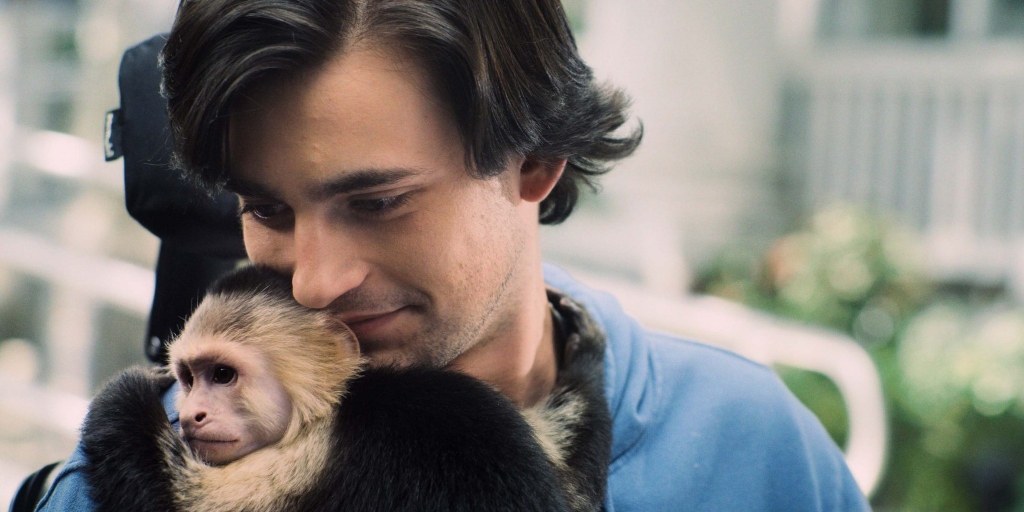 When you need an uplift, watch Gigi & Nate. This touching love story, directed by Nick Hamm and written by David Hudgins, is based on real life. It speaks to the indominable strength of the human spirit to survive no matter the challenges. I am always emotionally invested in true stories about people who overcome obstacles through hope. Gigi & Nate does not disappoint. 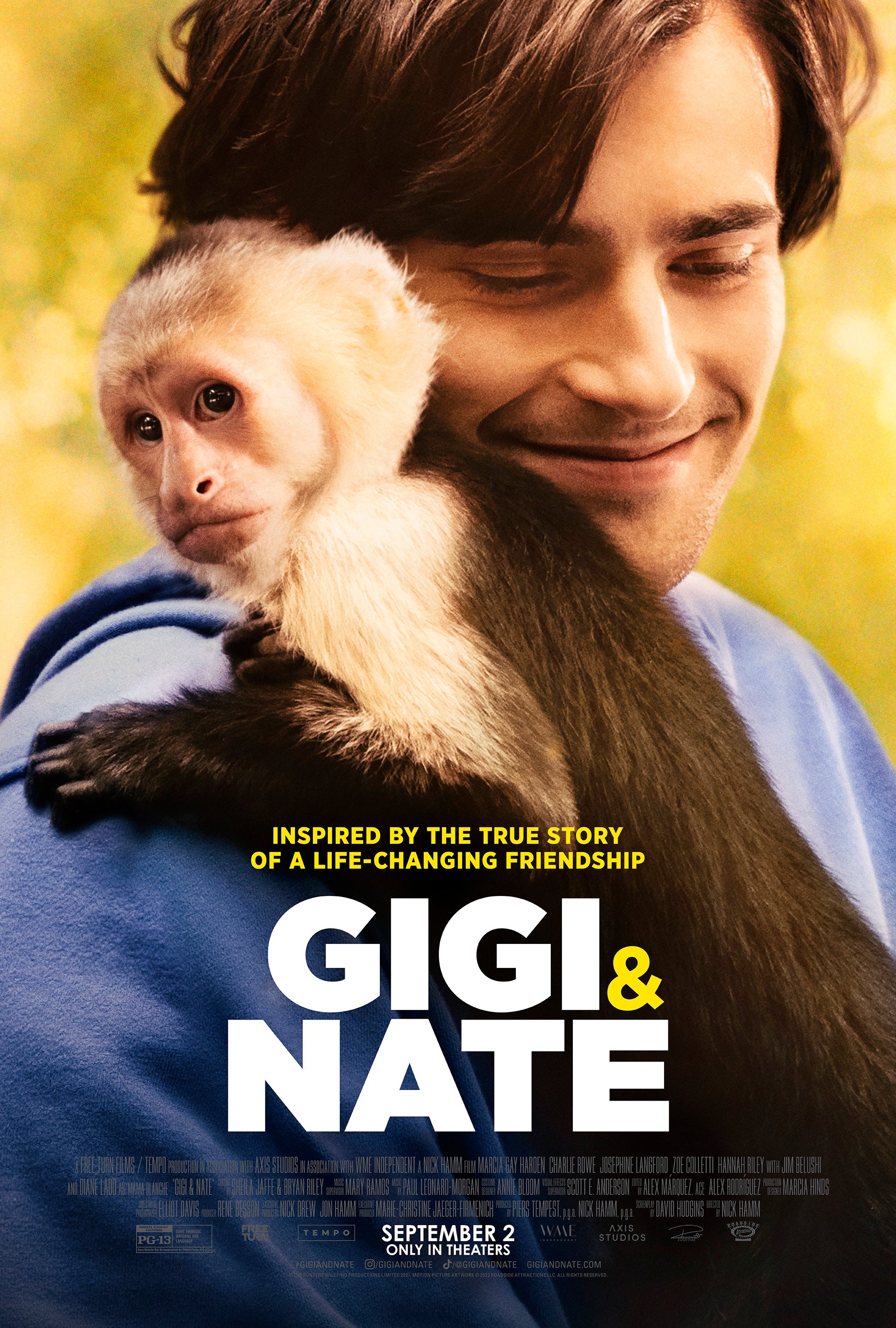 A vivacious 18-year-old, Nate Gibson (Charlie Rowe) spends his last weeks of vacation with his family and friends before heading off to college. As cocky as teenage boys can be, Nate jumps off a high cliff into clear water. He shakes off the initial body shock of such a jump, but later develops severe headaches and convulsions. He’s rushed to the hospital and the doctor discovers the lake water gave Nate amoebic meningitis, damaging his brain and leaving him paralyzed.

His frantic mother (Marcia Gay Harden) and father (Jim Belushi) adjust their lives to adapt to Nate’s wheelchair-bound lifestyle. Their relationship with their son who can’t even feed himself slowly transforms as they all learn how to live with Nate’s disability. But Nate’s frustration and anger at his incapacitated situation leaves him lacking motivation to retrain his muscles. He doesn’t see the purpose and feels there is no hope.

The family gets Nate a service animal. Animals sense human beings’ needs and emotions and so can be a support for those who lack the use of their limbs. They find him a once-mistreated capuchin monkey. This type of monkey can become aggressive when put into a domesticated situation, but Gigi seems to adapt to Nate’s environs. After several days observing the physical therapist train Nate to reach for a ball on a table, Gigi jumps in and puts the ball into Nate’s hand. A friendship forms. 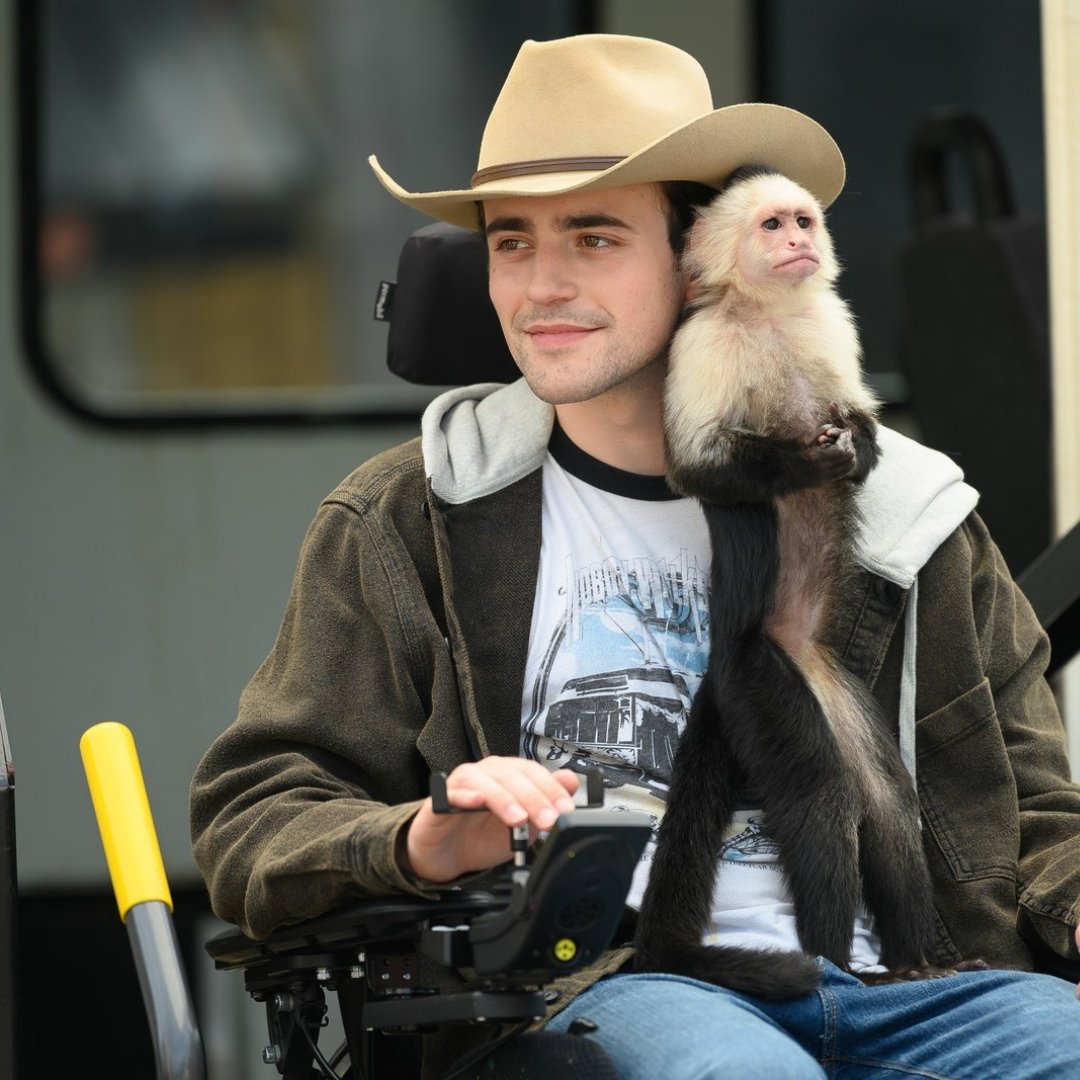 With Gigi giving Nate a new sense of life and purpose, the family grow accustomed to the monkey’s presence. Nate and Gigi become inseparable and Nate’s physical abilities improve tremendously, thanks to Gigi’s assistance. Nate tries to reach for a pencil on a table and Gigi pulls it further away making Nate work harder to reach it. It’s an amusing scene.

Nate reconnects with a girl he met before his accident. Lori (Zoe Colletti) and Nate develop a sweet and loving relationship.

Not everyone is happy with Gigi’s presence. When they go to the grocery store a woman who works for animal protection (Chloe Gaines) tells Nate that he cannot bring a monkey into the store. They soon find out that she has clout and brings them to court. It is beyond me why this woman would have such a fit over a monkey being a service animal. It was obvious Gigi was not a pet but helps a young paralyzed man. 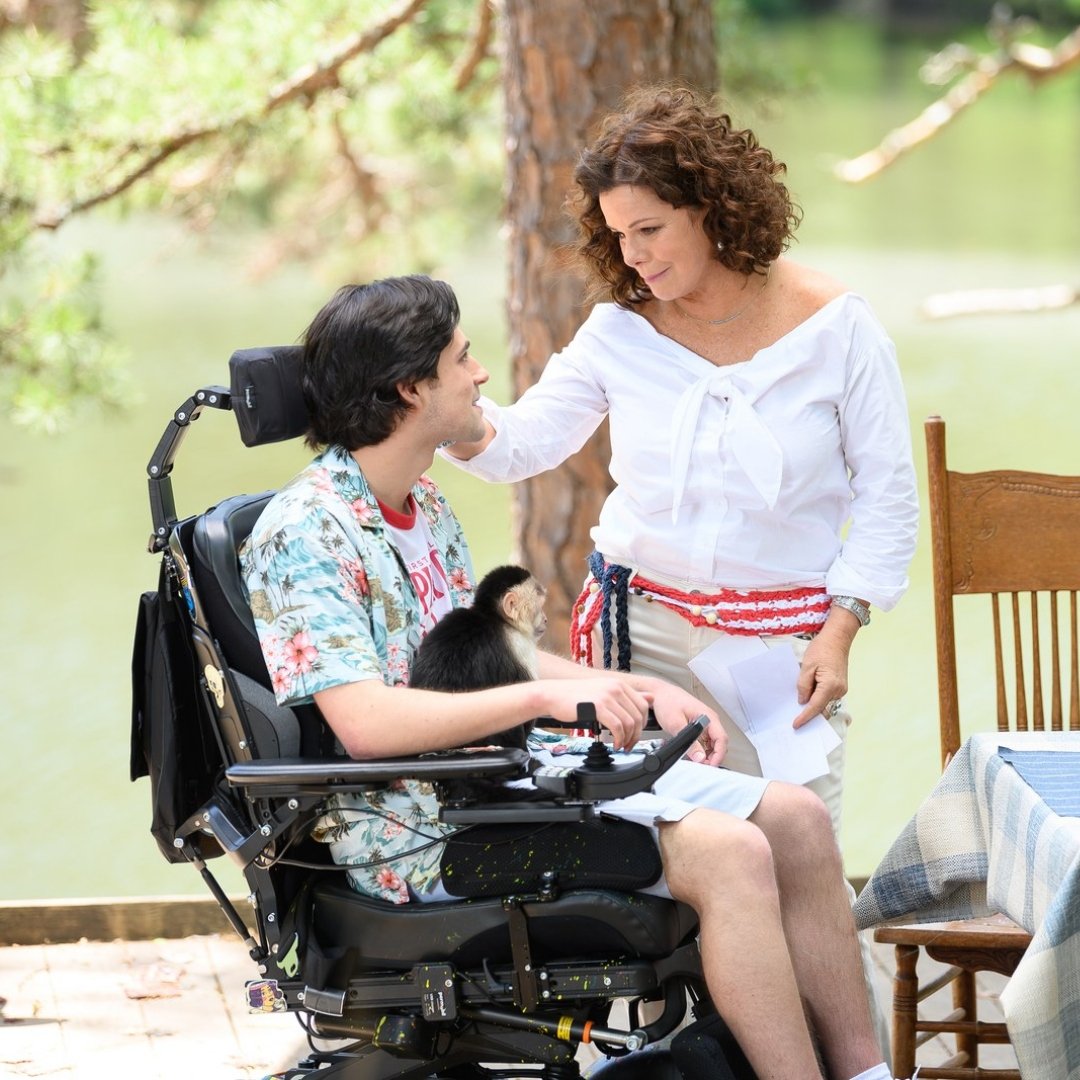 This film presents a simple but moving story of a boy and his animal. Yet, it relays the everyday experiences of those who are physically challenged. Their struggles are excruciating. Sometimes hope comes from the most unexpected places and unsuspecting people, or animals! We all need purpose to our lives. Otherwise, we wouldn’t be here. God created us for some definite service and our existence affects other people in their journey of life. This film reminds us that we are on this earth for a reason, and part of the journey is to believe we can each make a difference when we have hope!

Gigi & Nate is rated PG-13 for some thematic material and language.