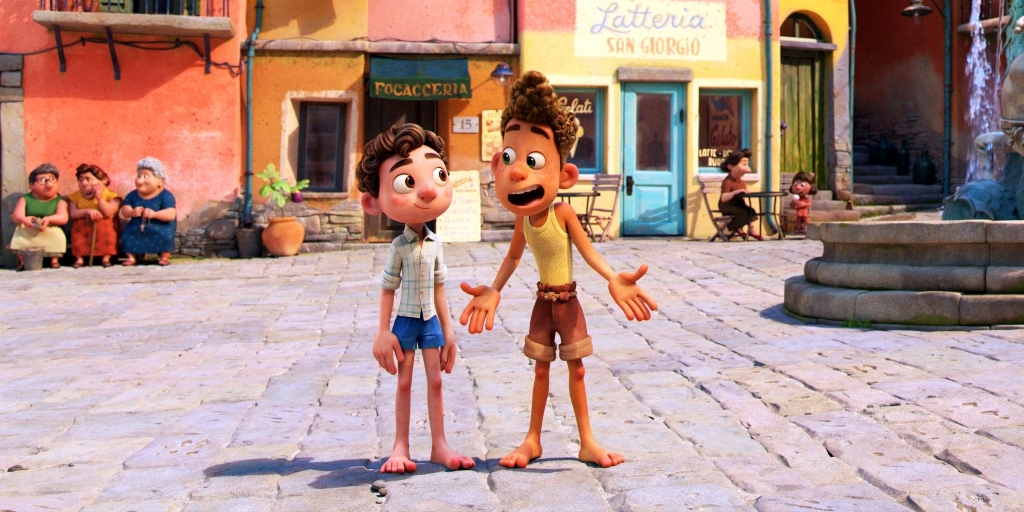 Our Friday Family Movie Night has evolved over the years. It used to be that any suggestion from Daddy was met with universal acclamation. No more. These days, I live in a house bursting with a multiplicity of opinions.

Which can lead to ... I won’t say conflict, but discussion.

The Politics of Family Movie Night

When the balloting starts for our Friday-night movie selection, politicking, deal-making and vote-swapping have been known to occur.

Which can, however, work to a father’s advantage.

“Let’s Make a Deal” is a game a savvy parent can play, too.

Case in point: over Christmas break, the new Pixar movie Luca was gaining heavy traction among the childhood age demographic of our domestic movie-viewing population.

Among the parental set, the preference was for The Homecoming: A Christmas Story (the 1971Waltons TV movie).

Ahem — it’s younger than me, and, as I pointed out, I’m still spry enough to shovel the walk without any help (meaningful look levelled at the young slackers). Plus, it’s a Christmas movie!

Eyes were averted, but the Luca faction did not budge.

So I proposed a deal: Luca this week, Waltons next. They took the deal, and we streamed Luca on Amazon (it's also on Disney+), and I gotta say, it was OK.

What the Family (and Parents) Thought of Luca

It has great production value: amazing animation and fantastic music. The movie is set in Italy in an indeterminate Golden Age of the past that has a sort of 1940s vibe, with a great soundtrack of Italian Big Band crooner-tunes.

Unfortunately, on the way to a good message — more on that in a bit — Luca goes through a circuitous route of less salubrious philosophies, the most prominent of which is the all-too-familiar trope that old folks (especially parents) need the young (who are the repositories of all right-thinking, courage, and zest for life) to set them straight.

The children achieve this setting-straight of the oldsters by disobedience, lying, and going where they have—for their own safety—been forbidden to go. In the end, we are meant to discover that the oldsters’ fears were are baseless because there really are no dangers in the world, only misunderstandings. Which is a problematic theme because it’s not true.

It was also totally unnecessary. The story could have kicked into gear by getting the kid to the forbidden land-of-joy-and-promise via a storm or shipwreck or any number of other narrative vehicles which would have completely bypassed the rutted and pot-holed modernist cul-de-sac to nowhere.

But, amid the movie’s jumbled grab-bag of mixed messaging, is the refreshingly counter-cultural idea that happiness is not found in wealth and ease enjoyed in unattached freedom spent flitting about the globe seeking new experiences and pleasures, but instead in relationship with others and especially in sacrificial love.

But then, part of Friday Family Movie Night is the post-movie discussion, and these are the kind of things which that discussion is all about.

It’s always interesting to ask the kids what they thought the message of the movie was. Then, as the conversation unfolds, we can highlight the good and offer countervailing considerations where correction is needed.

But the real value of Luca was yet to be realized: The Waltons!

The Homecoming is a great movie, full of heart and humor, and it even has the Christmas story! It launched a cultural institution in the 70s and, watching it again, you can see why. And the kids loved it!

But do yourself a favor and watch the original. There was a 2021 remake to update the movie and bring it into compliance with the social-environmental-political sensibilities of the moment. But, in the updating, it lost most of the heart that made the movie so beloved.

(FTP editor's note: The remake wasn't a total bust. See what I thought of it.)

The original is available on DVD on Amazon, but not for streaming, though it can be watched for free on YouTube.

Now if I can just cobble together a deal to get Seven Brides for Seven Brothers into our Friday Family Movie Night, the kids can experience Howard Keel and the glories of baritone.

I just can’t let them know when it was made—until after they’ve watched it and already love it.

And the entire Waltons Christmas movie: