Fatima: A Movie with a Message

The story of the miracle at Fatima, Portugal in 1917 is perhaps one of the most fascinating and beloved stories of Catholics who live their faith by praying for the needs of the world and the conversion of those who perpetrate evil. This well-known miracle of the sun that Mary, the Mother of Jesus promised to the three peasant children as proof of her message for the world was documented by eyewitnesses and told over and over again through numerous books and movies these past hundred years.

Mary’s apparition to Jacinta and Francisco Marto and Lucia dos Santos is one of the few apparitions approved by the Church as authentic with a doctrinally sound message for the world. Since then, countless pilgrims visit the Shrine of Our Lady of Fatima in Portugal on the site where the apparitions took place over a period of six months during the height of the First World War. As a teenager, I was blest to be able to visit this holy place and experience the tangible faith of those who bring their prayers before Mary asking her to intercede before her Son for their many needs and intentions. 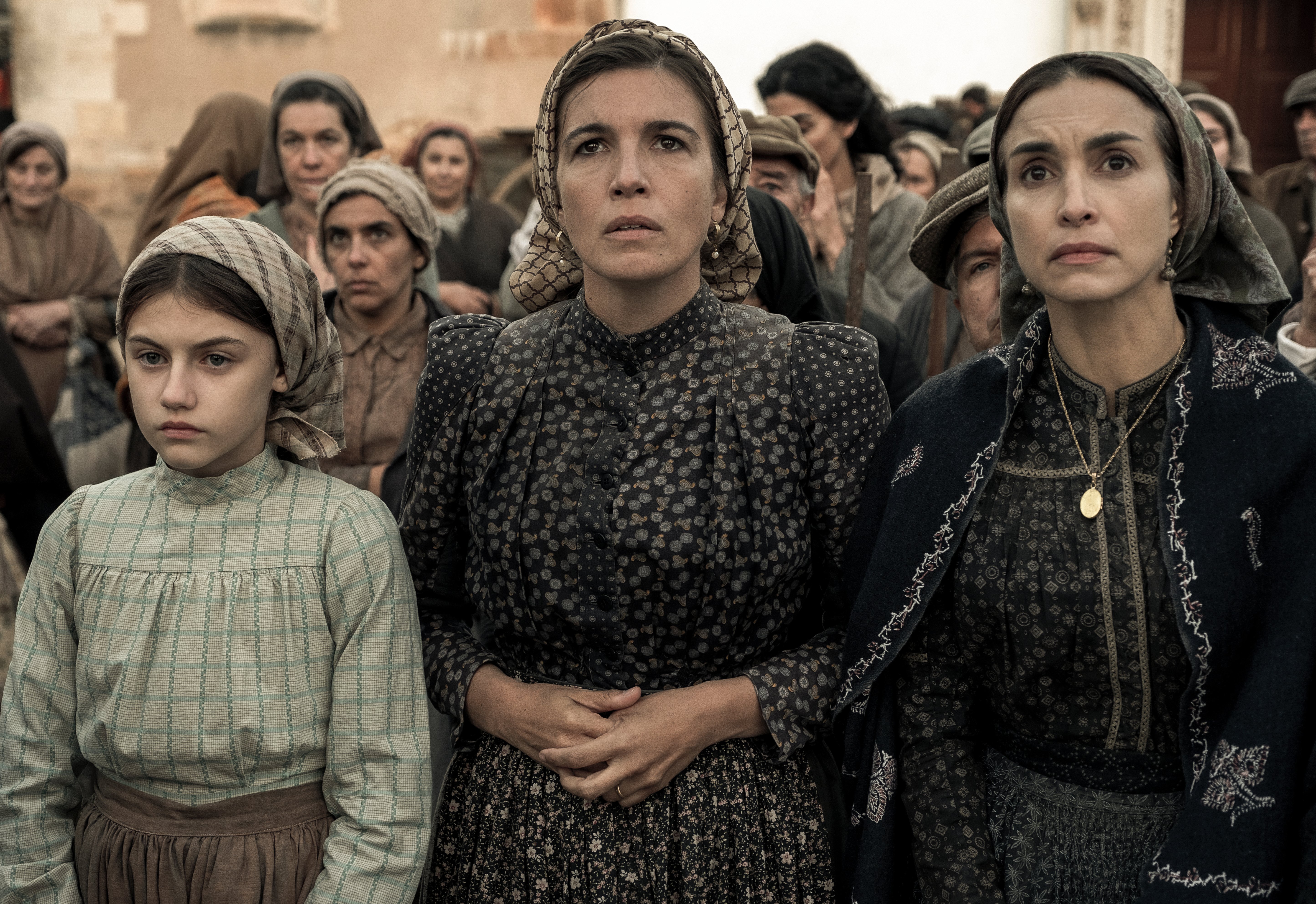 The classic film, The Miracle of Our Lady of Fatima (1952) produced by Warner Bros. and directed by John Brahm was the first major motion picture about the real-life events and even received an Oscar nomination for best musical score. This film can be found in many religious libraries and movie collections because of its superb storytelling and expertly crafted cinematic experience. One may ask, “Why do we need another film on Fatima?” I asked this myself but came to realize that many people do not know the story and probably never saw or even heard of the 1952 classic film. If there was a movie with present standard cinematic qualities and storytelling, perhaps the timely message of Mary can reach a new audience—an audience desperately in need of hope.

With an original storyline by Barbara Nicolosi and directed and written by Marco Pontecorvo, assisted by Valerio D’Annunzio, the film, Fatima brought this message to life.

Produced by Origin Entertainment along with Elysia Productions and Rose Productions, this cinematic version of the true events begins with the older seer, Lucia (Sonia Braga) as a cloistered nun being interviewed by Professor Nichols (Harvey Keitel) for his study on the subject of the apparitions. It continually flashes back to her younger years when she (Stephanie Gill) and her cousins, Francisco (Jorge Lamelas) and Jacinta (Alejandra Howard), tended the sheep in the hilly pastures outside of town. As they play their childish games and pray the “Ave Maria” by shouting it over the canyons so that it echoes through the mountains, the Mother of God comes into their midst. She tells them to pray much, especially the rosary, for poor sinners and to end the war that is ravishing the world. Francisco can only see her but not hear her voice. She asks them to come back to the same spot each month. The children promise among themselves to not tell anyone their secret, but the six-year-old Jacinta cannot contain her excitement and tells her mother. Soon the entire village hears the news. 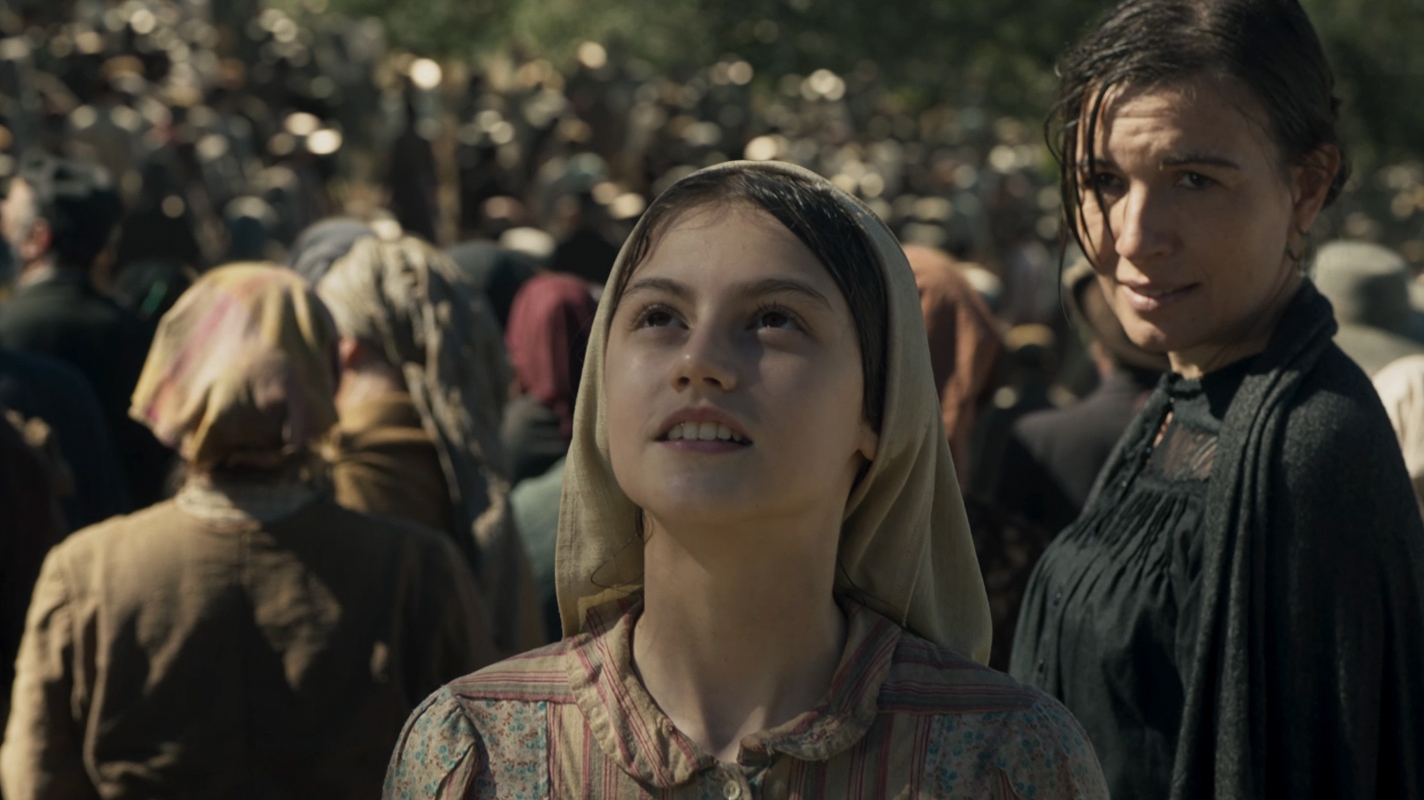 This film version presents Lucia’s mother, Maria Rosa (Lucia Moniz) as very stern and disbelieving of her daughter. Considering the stress the family was experiencing as a result of her older son away fighting in the war, she took her frustration out on Lucia. Each day she would bring her daughter to the town square where the mayor (Goran Visnijic) would read out the names of the deceased and missing soldiers from the town. The effects of the war on this small village was catastrophic, a point not fully emphasized in previous versions of the story.

What makes this film unique is that we see Mary’s face and she is on the ground near the children, not up in the sky somewhere as she is often portrayed. This minor detail shows Mary to be close to us, being that she is a human being, and understands the human struggles and pains. Because of this detail, she challenges all of humanity to reach for the higher good—life with God in heaven, a poignant message of these apparitions.

The one disappointing aspect of this wonderful film comes towards the end. When the Archbishop and all the other authorities of the Church tell the children to ask Mary for a sign that she is from Heaven, she sends the Miracle of the Sun. Without the possibilities of CGI in 1952, the filmmakers made an effective technique of showing the sun dance in the sky as it came hurling toward earth. Fatima also shows this miracle but misses an essential point of the phenomenon. Prior to the miracle the sky lets loose torrential rains. As the clouds part and the sun appears it starts to dance and then hurls toward earth, and according to the recorded eyewitnesses, the sun instantly dries up the flooded ground, people’s clothing and their hair that were drenched with the rain. The film misses this fine detail, that makes the extraordinary event even more astonishing. It takes a little bit of the punch out of the miraculous!

Other than that, this beautifully crafted film with exquisite cinematography retells the amazing true events of Mary, Our Lady of the Rosary’s presence on earth in the early part of the twentieth century. Her care for humanity is unbounded and this story brings that message of reconciliation with God and asking forgiveness for our sins and the sins of the world more urgently needed than ever. This is a film where the story embeds a message that cannot be ignored, for its applicability to today is more than obvious. We need hope. We need God. And Mary shows us the way.

See the film in select theaters and on demand beginning August 28. Find more information at FatimaTheMovie.com. 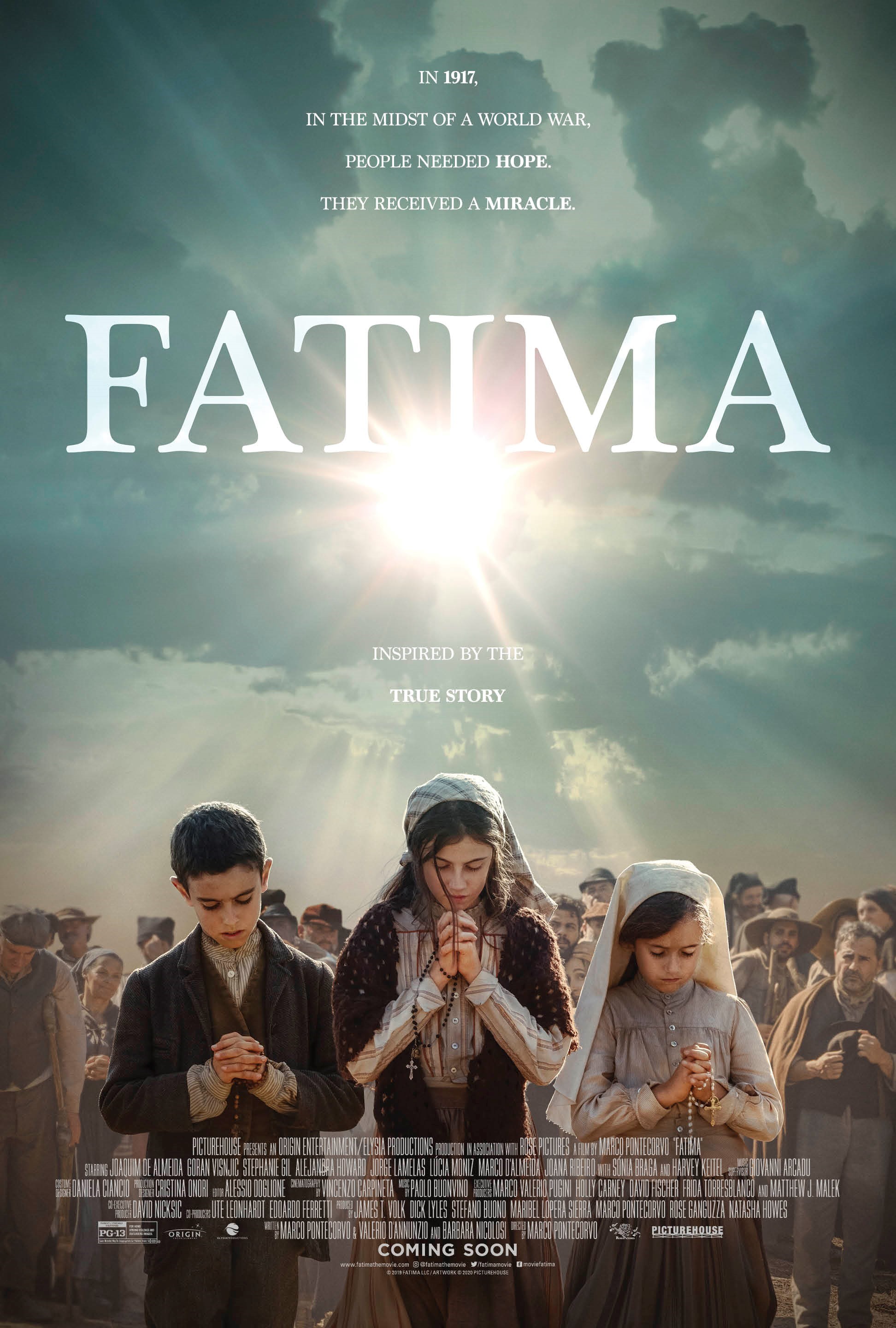 A film where the story embeds a message that cannot be ignored, for its applicability to today is more than obvious. #catholicmom