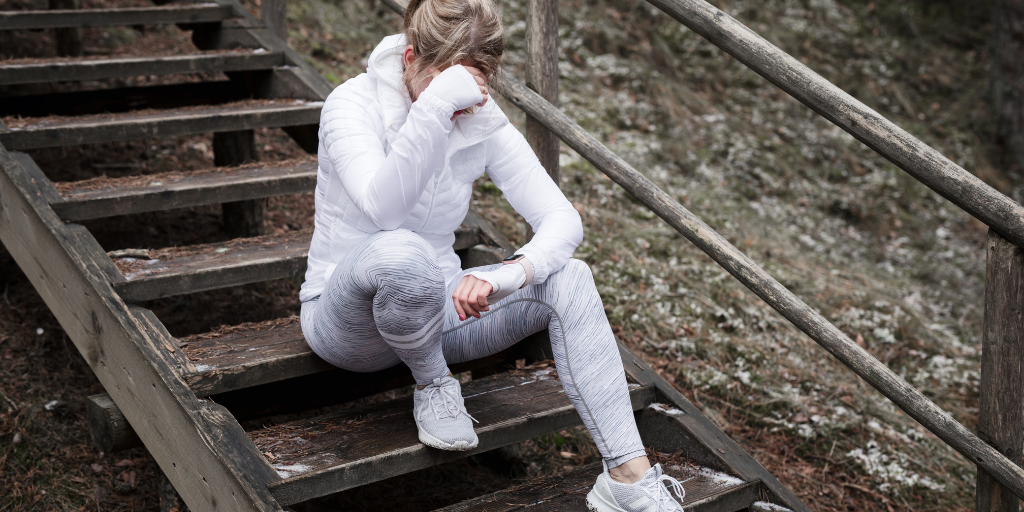 Nicole Johnson reflects on the balance of motherhood and all that threatens to tip the scale.

Ok, so that may not be the definition listed in Webster's, but in my world, it is the perfect and exacting visual of what exhausting looks like. And not for my child, mind you, but rather for me; the audience -- the control-seeking, time-crunched onlooker who is forced to watch this arduous task of dressing play out in front of me, one tricky leg hole, one confusing tag placement, one stubborn button at a time.

I am the human likeness of a balance scale. I’ve got one outstretched arm holding the understanding that practice makes progress and it is just plain time for my 10-year-old to be able to dress herself. This side of the scale has all sorts of positive praise and encouragement, patience, and smiles from mom and applause (requested ... no, demanded) at every small step. The other side of the scale is weighed down by my impatient, quick-to-jump-in-and-fix-it impulses. My need for control threatens to tip the scale just enough for everything to come crashing down. 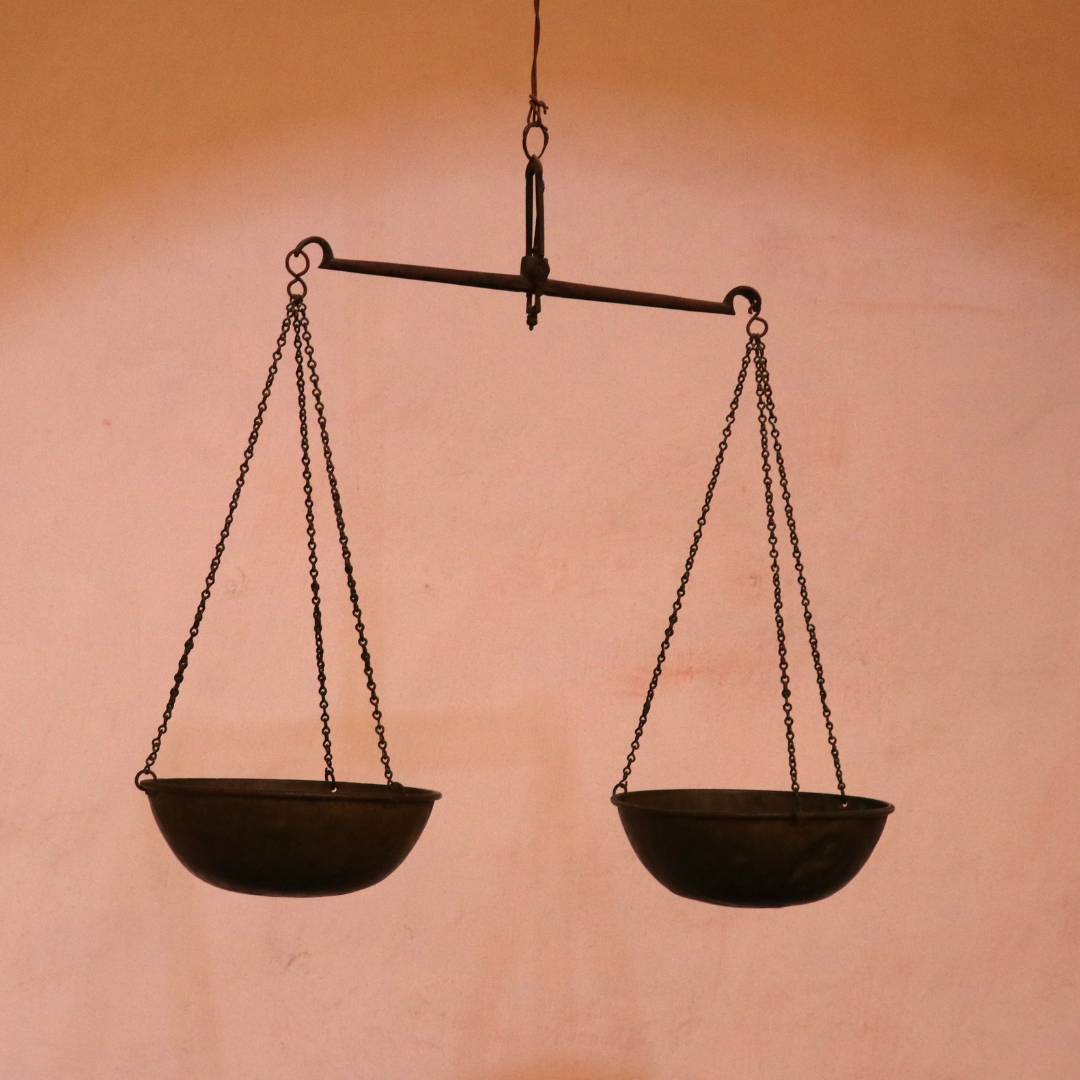 So I work toward a balance with gentle coaching “make sure the tag is in the back,” “step in one foot at time,” “oops, that’s the arm hole, bud, look for the biggest hold for your head,” all the while with this disingenuous smile plastered across my face, wondering if this common task will ever be mastered.

In the end, I want everything to be comfortable and smooth. I can’t stand to see her underwear bunched up or the waistband of her pants overturned. At some point in the process, I realize I’m literally holding my breath, standing on pins and needles as I make a mental list of all the things I need to fix when she has finished donning the last of her apparel. When she’s fully clothed, the pride in her ear to ear smile gets me every time. She steps just outside of view and enthusiastically (with just the right amount of theatrical drama) announces herself and jumps out in front of me to explosive applause.

The scale tips back just a bit and, for a moment anyway, there is comfort in the balance. As we approach the celebration of motherhood, it has become increasingly clear to me that this journey really is all about keeping that scale level, and it is -- plain and simple -- exhausting. 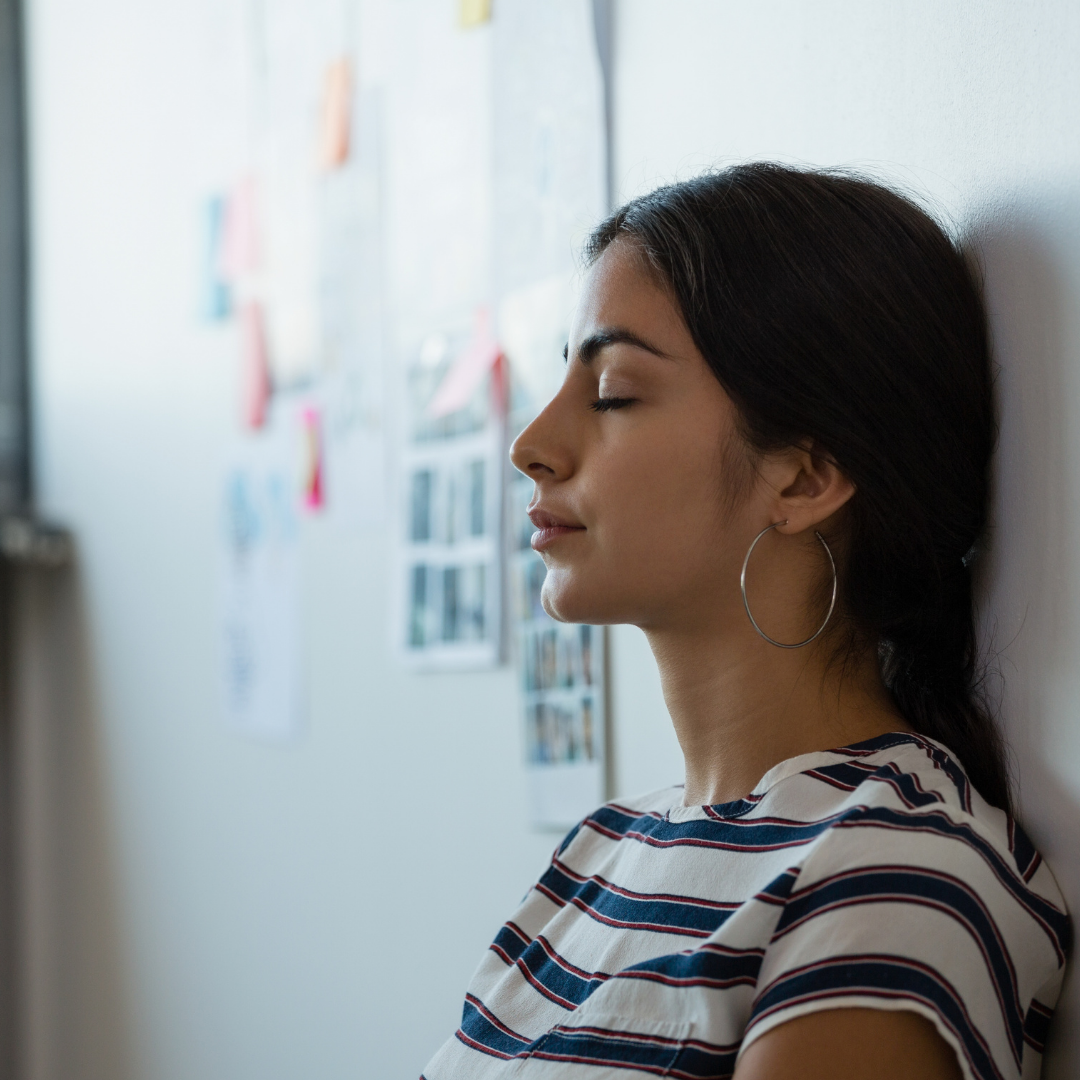 My oldest called from college a few nights ago and as soon as the excited words, “listen to this,” were out of his mouth, my heart sank and the scale began to tip. We mamas just have that intuition. I know when something is coming that I need to brace myself for: preload the side of the scale that wants the best for my child rather than that which holds my heart and all its selfish desires. His friend had invited him to his Cape house for a month over the summer. He had a job all lined up for him and even suggested they may be able to land a few gigs on their nights off.

Sounds amazing, right? I’m gonna be honest: the side of the scale holding my heart was touching the ground. All I heard was another month away from my guy -- this guy I have missed so much -- this guy who is nearly finished with his freshman year of college and was supposed to be home for the summer -- the whole summer -- under my roof -- with me -- right where I want him.

He knows me well and was so careful in his presentation. He held back on his excitement and made it clear he would ditch the whole thing if I came up with enough reasons why it wasn’t a good idea. And he would have, too. That level of love and respect for me and my heart is almost too much to bear. I so wanted to be immediately excited and jump up and down for him. But that is just not who I am. It takes me a minute -- or several -- to tip the scale the other way and find the balance between supporting what I know is best for him and letting go of my own plans and wishes. Just ugh. Why does this parenting thing have to be so difficult?

As our conversation continued, the scale slowly began to tip in the opposite direction, my silent tears relieving some of the weight in my heart. My words began to be a little more positive and encouraging and, before hanging up, I was at least able to acknowledge how fun it would be for him and told him he should give the opportunity some serious thought.

A few hours later, I texted him, “Ya, you need to go.” And left it at that. The scale had balanced out and my heart was in a better place. That doesn’t mean I won’t miss him, of course. Things will have to be recalibrated many times as I make my way through the summer weeks without him home.

That’s the thing about balance: it is so fickle and sensitive to the slightest fluctuation. And the thing about motherhood is that change is constant and demands adapting day to day, moment to moment. And just to keep things interesting, there’s a need to strike a different balance with each child. They are the same in that their growth is rapid, shocking and never comfortable. They are all unique in whatever it is on their side of the scale that needs balancing out. 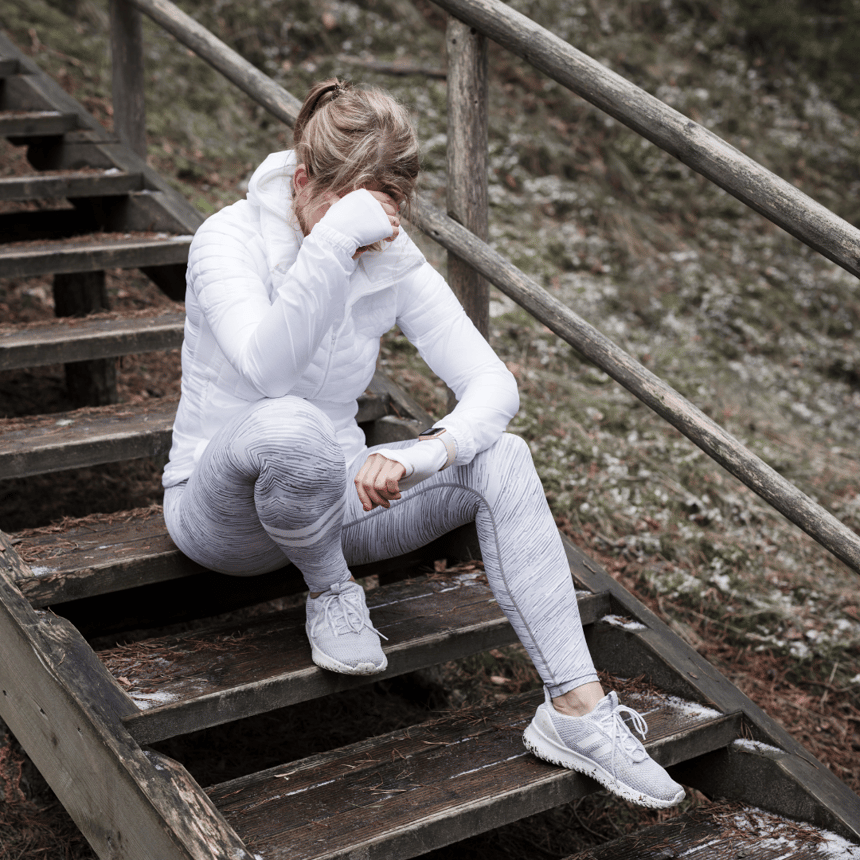 My middle guy has always been independent and that has increased tenfold since he secured his drivers license over the winter. He’s out of the house more than he is in; yet another loss for this mama’s heart. In order to be close to this guy of mine, I’ve learned I need to keep a certain amount of distance. When he feels trusted and respected, he opens up and is much more patient with me. He loves food, so I feed him -- lots. It tips the scale in my favor.

When we are in balance, I get to sneak hugs and throw out a question or two. Sometimes he even accepts a bit of advice, as long as it’s as objective as possible, as if I am merely a passerby offering a thought or two about what I observe. It’s delicate, but when I get a glimpse into his world, it’s worth all the effort to keep things in sync.

Click to tweet:
My need for control threatens to tip the scale just enough for everything to come crashing down. #catholicmom

I worry. I worry a lot. And I’m sad. I’m sad a lot. I miss my little ones. I miss them a lot. But I do see it, really I do. The beauty in their growth, the way their confidence increases the more I let go, the rightness of their desire -- and need -- to be with their friends more than with me. In order for a balance scale to work, the two sides must be set upon a pivot. My faith -- my immersion in prayer -- that is my pivot. I worry; the scale tips. I pray; it balances out. It seems so very simple, but it’s so very not.

It’s exhausting. It’s the tricky button that won’t come undone, it’s the leg hole you try to fit your head into, it’s the bunched up underwear and the overturned waistband. It’s messy and depleting and more often than not, we mamas are left exposed, unhinged and vulnerable.

But it’s also everything. A gift like no other. It’s the zipper that catches on the first try, the summer you’ll never forget, the bond that grows deeper with just the right amount of distance. It’s beautiful and affirming and leaves me full and yes, always, always wanting more.

Hold tight, I remind myself. There is so much more to come. And there is such joy in the journey. 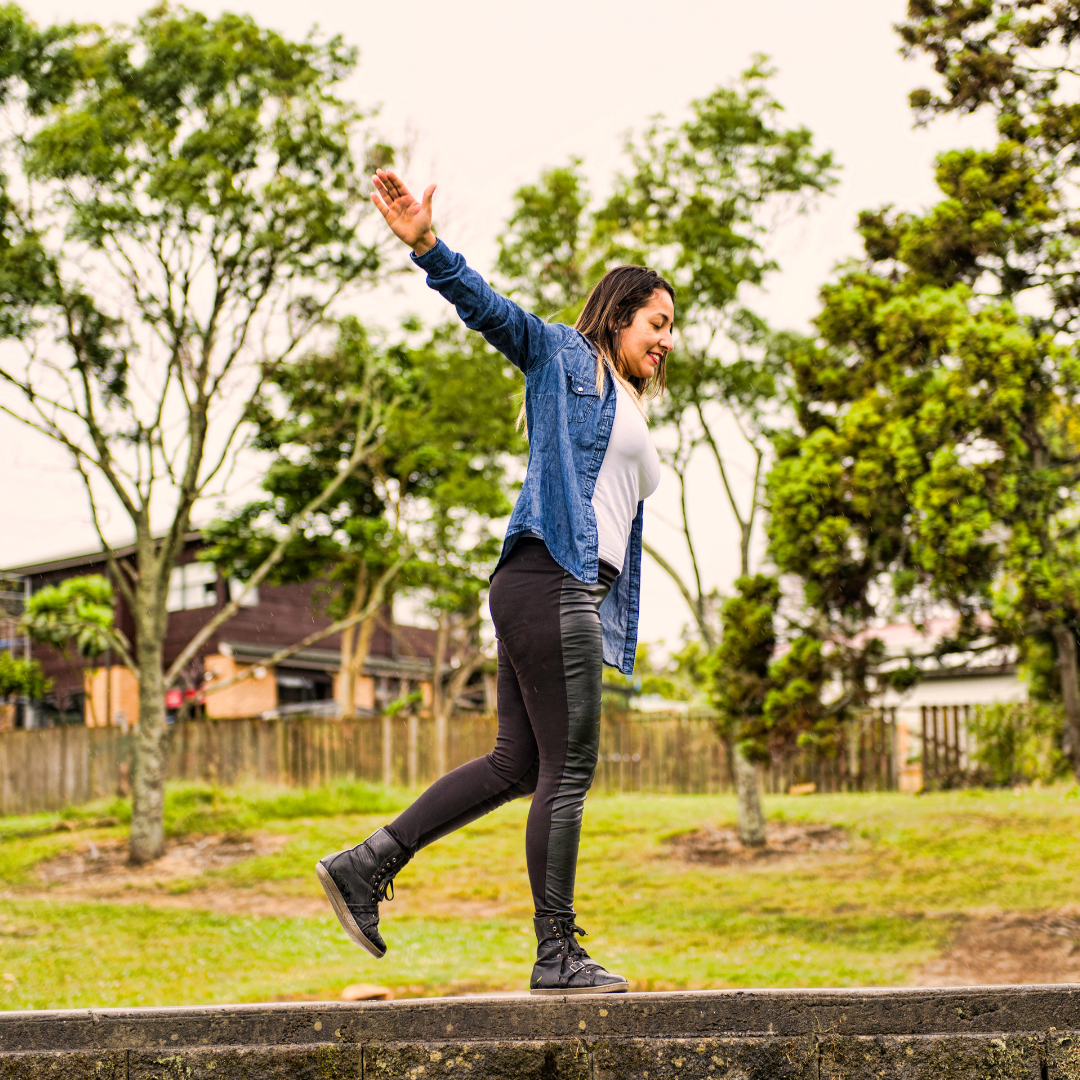