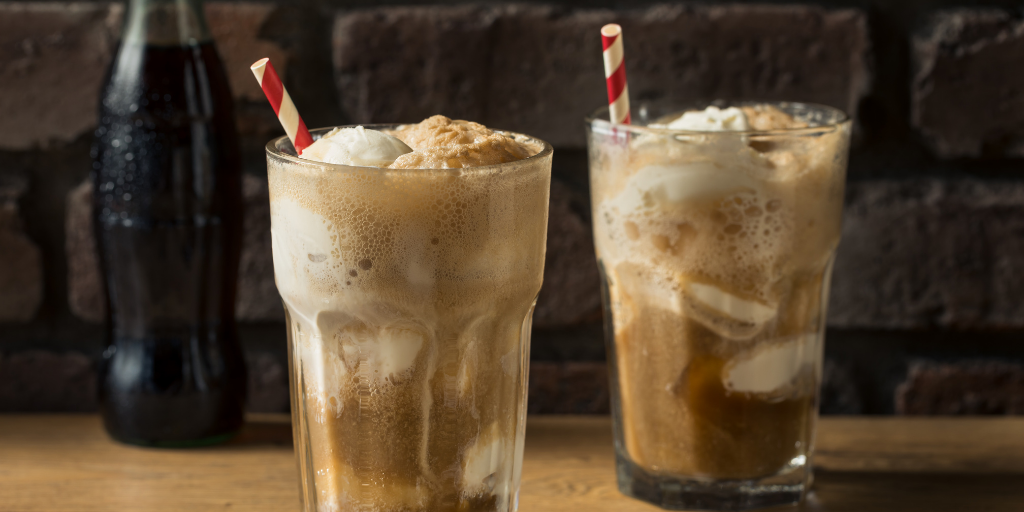 Janelle Peregoy reminisces about a campus initiative, fueled by ice cream and root beer, that built community and friendships among students.

My taste in root beer is pretty elevated these days. Small-batch. Micro-brewed. Unbleached pure cane sugar for the win! Add softened organic vanilla ice cream and ta dah! Root beer floats have been my most consistent form of self-medication over the course of the pandemic.

I still drink my root beer floats out of the same yellow plastic cup that I have had since my freshman year of college, twenty years ago (gasp). Lest anyone be persuaded that this is any ol’ plastic cup, au contraire. It has the name and address of St. Mark’s University Parish, my college Newman Center. Named after St. John Henry Newman (Oxford theologian and Anglican priest turned Catholic priest turned Catholic Cardinal turned canonized Catholic saint), Newman Centers are Catholic campus ministries based at non-Catholic colleges. There are more than 2,000 Newman Centers ministering across U.S. universities.

St. Mark’s is located in Isla Vista, an unincorporated section of Santa Barbara County situated between the coastline on one side and the University of California, Santa Barbara campus on the other. Like Isla Vista, St. Mark’s is a unique community. While I attended, the parish was equally divided between college students, neighborhood Latino families who were often service employees at the university and the suburban parishioners who were drawn from surrounding areas by the parish’s inclusive community. In the early 2000s, The Paulists, known as the missionaries to Main Street, ministered at the parish. I have never met a Paulist who didn’t exude warmth and good humor. They were such amazing pastoral companions for college students.

Encouraged by the warm welcome of those first Sunday Masses during my freshman year, I attended a student retreat that October. After that, I was hooked. By the beginning of my sophomore year, I was a lector, Eucharistic minister, retreat facilitator and parish council member complete with an incredible group of friends. One of the best aspects of being a student at St. Mark’s was that I met undergrads and graduate students from other majors and backgrounds whom I might not have ever encountered otherwise. The Paulists empowered the student leaders, which is how I found myself leading Evangelization & Outreach initiatives.

We had a particularly memorable one. Root beer floats on Del Playa. 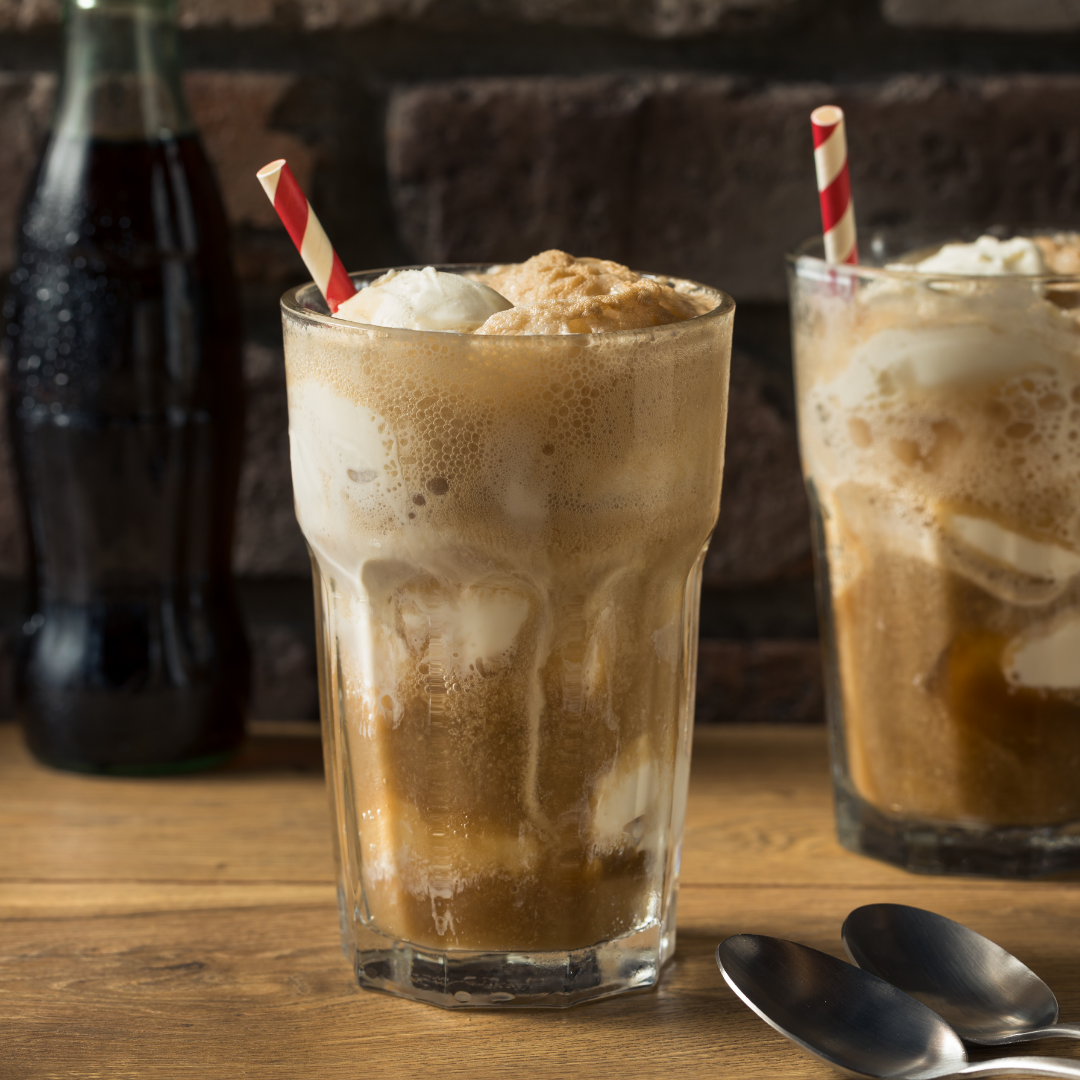 “Is there beer in the root beer float?”

If I had a dollar for every time another student said that to me, I probably would have been able to pay my annual tuition. I simply smiled kindly for the umpteenth time each night and noted that it was a tasty way to get sober.

Del Playa is a street known as the location for most of the UCSB parties; Friday nights there were always chaotic. It was a seemingly odd place for a bunch of Catholic students to be pushing root beer floats. Many assumed that it was a crusade against alcohol which really wasn’t the case. We occasionally referred to the root beer nights as a fundraiser but the $1 that we charged barely covered expenses.

Ultimately, those nights were a ministry of presence.

The combination of alcohol-induced oversharing and the cheerful group of sober strangers often lent itself to some memorable interactions. That being said, my friends and I frequently met designated drivers relieved to find a non-alcoholic option. On more than one occasion, someone would tell me the vulnerable details of his or her love life. There was also at least one occasion when we escorted an intoxicated student back to her apartment when it became clear she had gotten separated from her friends.

The vast proportion St. Mark’s cups given out as root beer floats were probably trashed immediately. To the best of my knowledge, no one ever wandered into Mass having heard learned the parish’s address from a plastic cup.

Click to tweet:
Ministry is in the planting of seeds. Sometimes they grow. Sometimes they do not. Yet there is always an invitation to meet God where one might least expect. #catholicmom 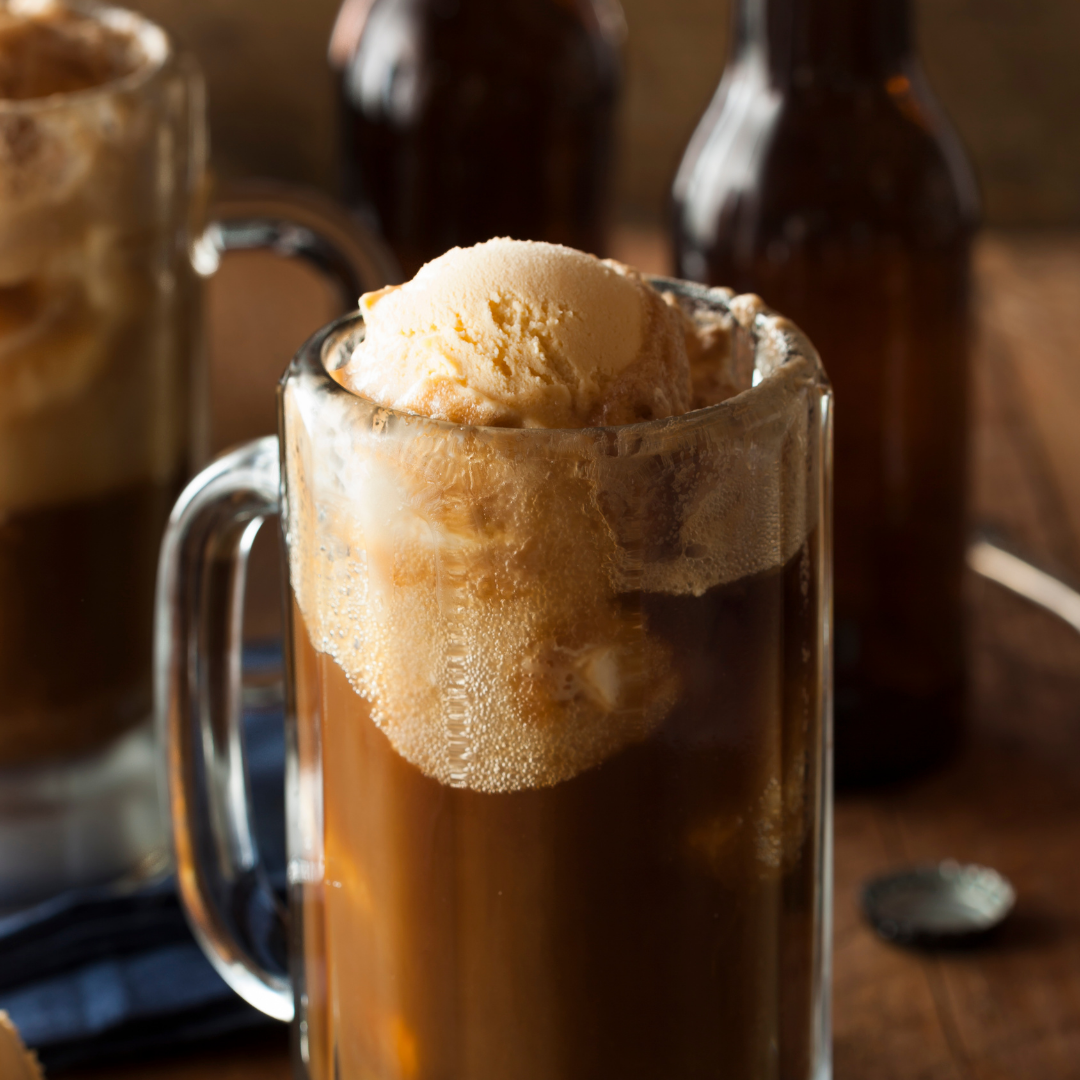