For the first time ever, Sight & Sound Theatres is bringing a live televised show to the world. After three years in development, the spectacular brand-new stage production QUEEN ESTHER was set to premiere in Lancaster, PA on March 14, 2020. Then the world came to a screeching halt and like many others, Sight & Sound went dark. Over 200 shows were cancelled with more than 500,000 ticket holders unable to experience the show. Now, for one night only, Esther’s timely story will come to life like never before in a special worldwide pay-per-view live event, available exclusively on Sight & Sound’s brand-new streaming channel, Sight & Sound TV.

“The thrill of live theater is watching the show unfold right before your eyes,” says Sight & Sound Chief Creative Officer Josh Enck. “We’re so excited to bring that same experience to living rooms all across the world.” 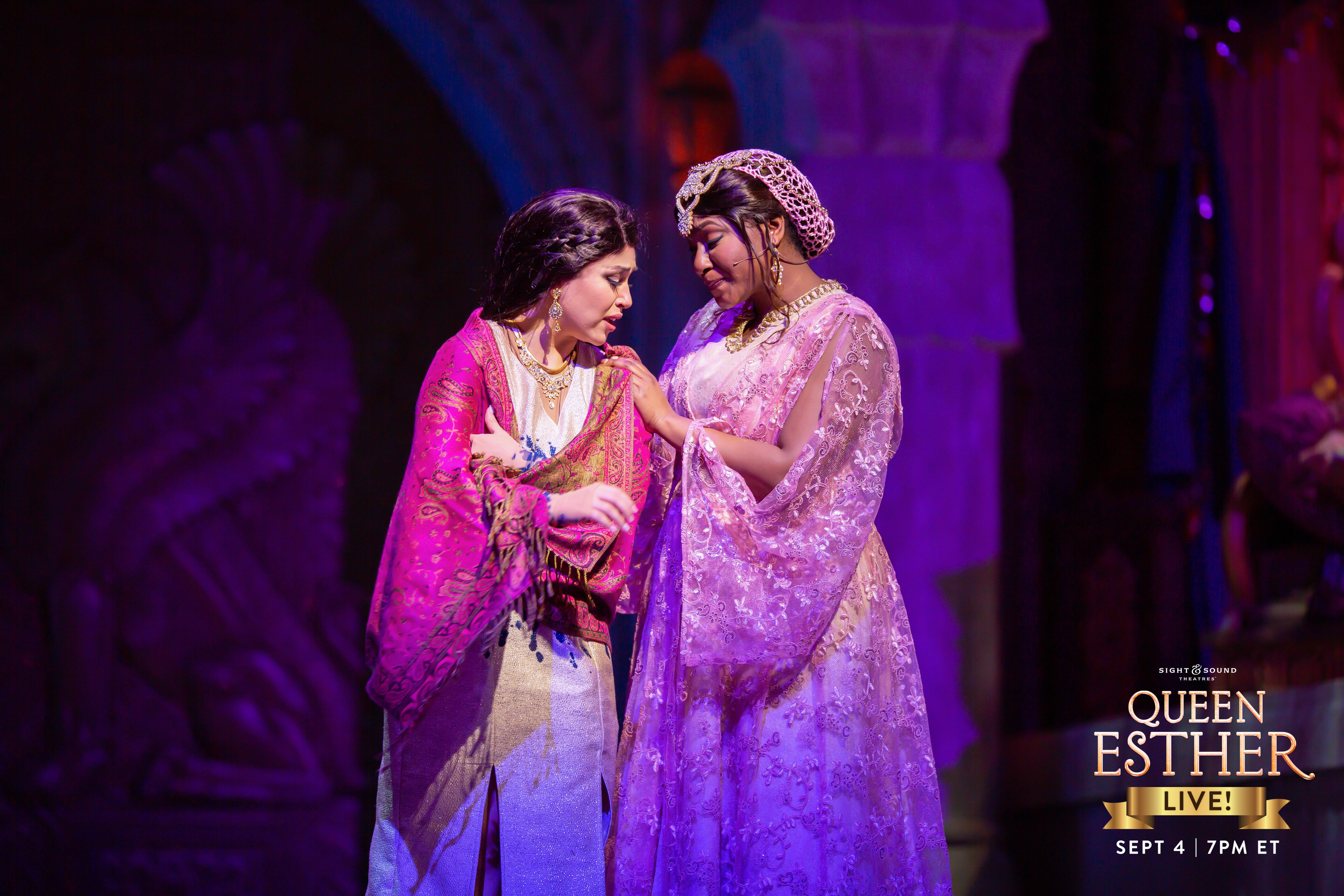 With cameras covering the theater from every angle, including on stage and behind the curtain, audiences will experience a live Sight & Sound show like never before, giving them the best seat in the house for every spectacular moment. The live event will include a 30-minute pre-show and a 20-minute intermission, with exclusive behind-the-scenes interviews and a sneak peek at how the production was created.

“Esther’s story is one of courageous faith in the midst of chaos,” Enck continued, “This show is truly meant for such a time as this.” Set in the opulent yet perilous Persian Empire, QUEEN ESTHER is a captivating tale of beauty and bravery. Esther’s ordinary life changed forever when she was taken through the palace doors, entering a new world of royalty and risk. With a crown on her head and a secret in her heart, can she find the courage to trust in God’s plan and believe that she was made for such a time as this?

Experience one of the most riveting Bible stories of the Old Testament as it comes to life with magnificent sets, special effects and live animals in this brand-new, original stage production from Sight & Sound Theatres. Where to Watch QUEEN ESTHER – Live! 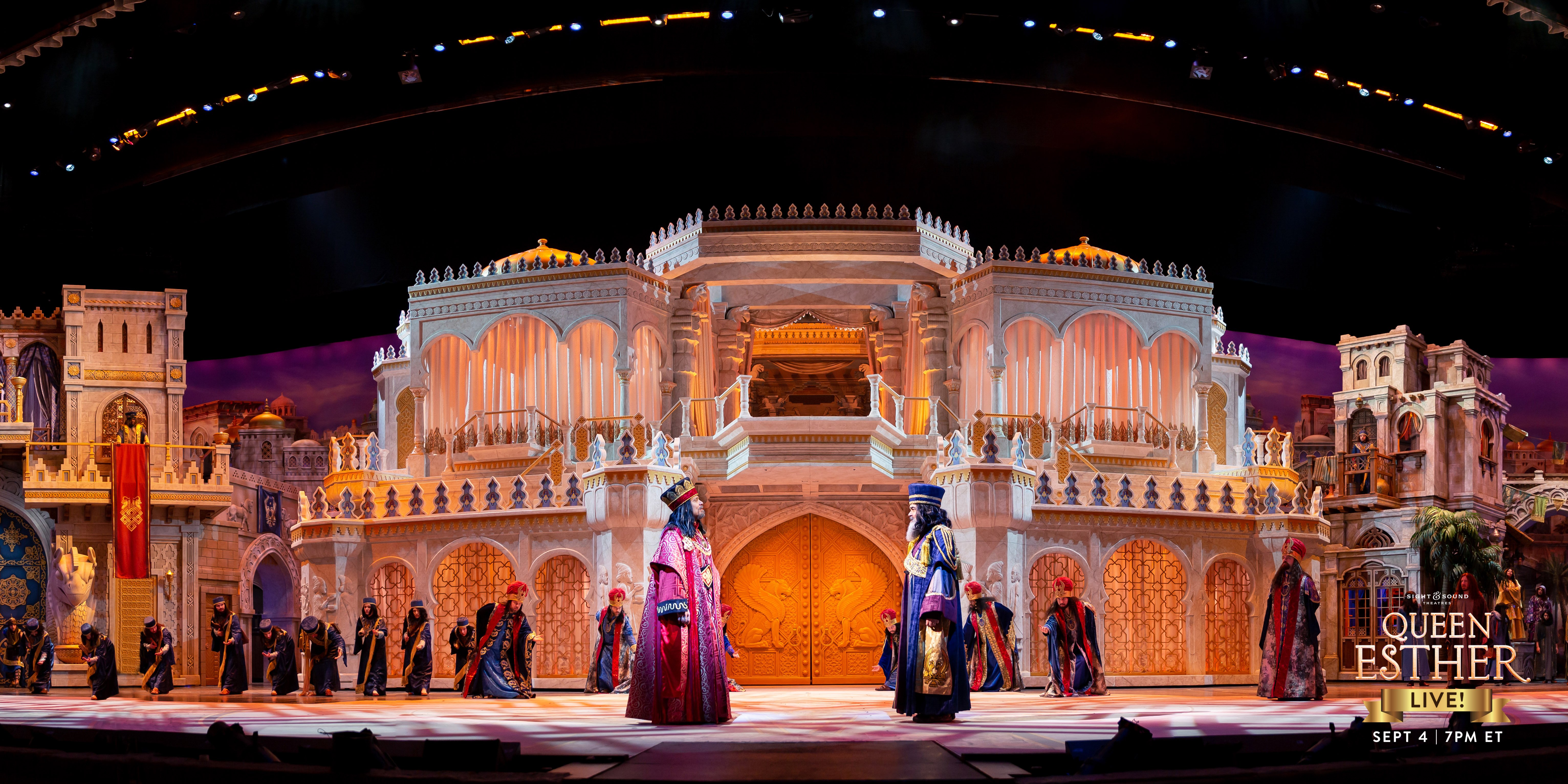 About Sight & Sound Ministries: Sight & Sound® is a ministry on a mission to bring the Bible to life through live theater, television, and film. What started over 40 years ago as a traveling multimedia show has today become a destination for over 25 million people. With two state-of-the-art theaters, over one million people walk through their doors each year from around the world. In 2005, Sight & Sound began filming and releasing productions on DVD. National distribution came in 2017, when shows first appeared in movie theaters across the country, followed by digital releases on iTunes, Amazon, and Hulu. In 2020, Sight & Sound made its first global television debut when the acclaimed show JESUS was released over Easter weekend. Nearly 3 million people tuned in worldwide.