Getting into the Rosary

As he learned to pray the Rosary, Andrew Fritz, C.S.C., discovered that Mary knew deeply how to live faith courageously and steadfastly.

The Rosary was not a prayer that I prayed all that often with my family growing up. We prayed as a family around the dinner table and went to Mass on Sunday, read a Scripture passage and reflection together during Advent and Lent, and were very faithful, but praying the Rosary simply was not a big aspect of our spiritual life together.

So on the day in the fall of 2012 when I arrived for my freshman year at Old College, the undergraduate seminary on the campus of the University of Notre Dame, I was really nervous that they’d find out I was a Rosary phony. I remember when all of us – 10 college-aged young men – went to the chapel to pray the Rosary together at the end of the day. As we prayed, it became clear to me that there wasn’t one leader, but we were taking turns leading a decade of the rosary. As the guys ahead of me each led a decade, I just hoped to God that the guy in front of me would be the last one, and I wouldn’t have to blow my cover to everyone that I didn’t know the fifth glorious mystery. The whole time I was attempting to pray away the fear, more than I was praying the prayer itself!

Fast-forward to the fall of 2016, and I was living in Colorado, at what we like to call the “Novitiate.” It’s a beautiful year that the Church gives us to discern religious life – drawing us, literally, to a mountaintop to pray for one year (in Holy Cross’ case, this place just happens to be located next to Pikes Peak!). By this time, I had learned my “Rosary ABCs” so to speak, and had even mustered up enough courage to lead the Rosary on several occasions. But it was over the course of this “Novitiate” year that this prayer said with beads became a different prayer – a prayer said in connection to real, human experiences and reflections.

Br. Joel, a Holy Cross brother, gave me and my classmates a conference entitled: Mary, Our Lady of Sorrows. He spoke about Mary in a way I had not heard her spoken about before – drawing us to reflect on her gritty faith and steadfast trust and her many tears in the midst of pain, grief, suffering. He walked us through what are known as the Seven Sorrows of Mary:

Each of these “sorrows” was paired with an image of the significant, emotional, heart-wrenching life events for Mary. 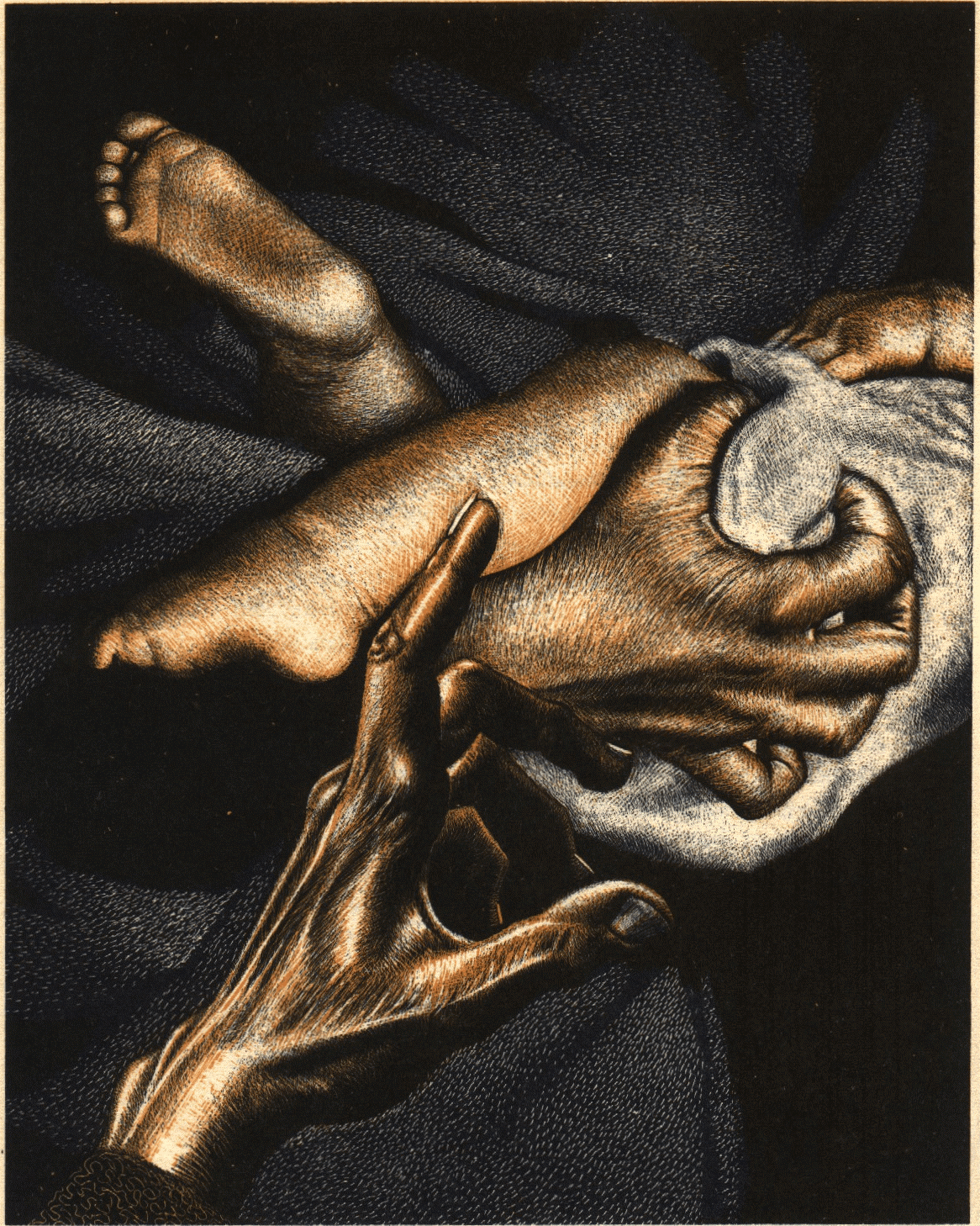 Mary, clutching her baby son Jesus as old man Simeon prophesied that Jesus would be the cause of the rising and falling of many in Israel, and that a sword would pierce Mary’s own heart.

Mary, the refugee fleeing into Egypt in the middle of the night. 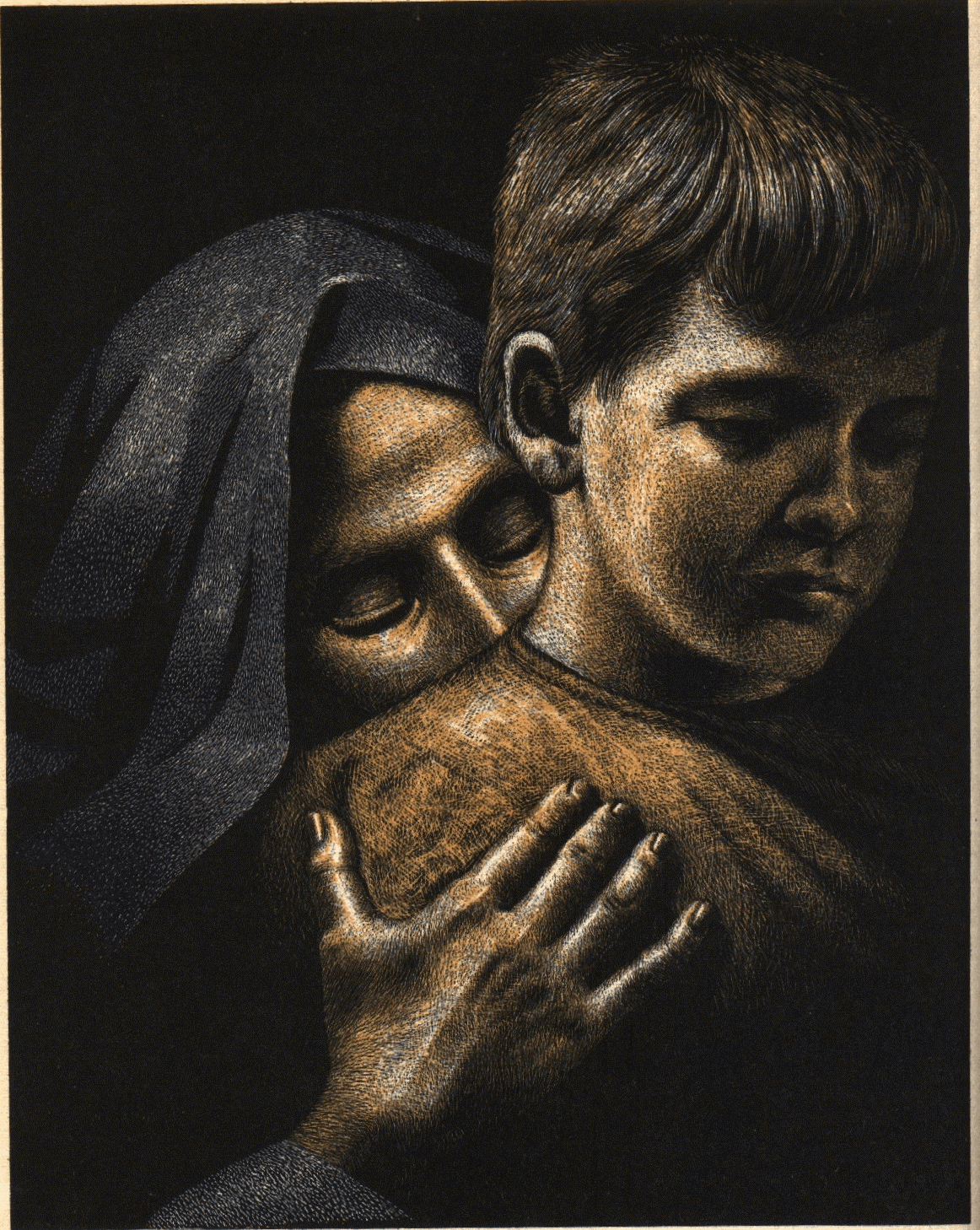 Mary, losing her son Jesus, realizing that three days had passed and he was not in the caravan leaving Jerusalem. 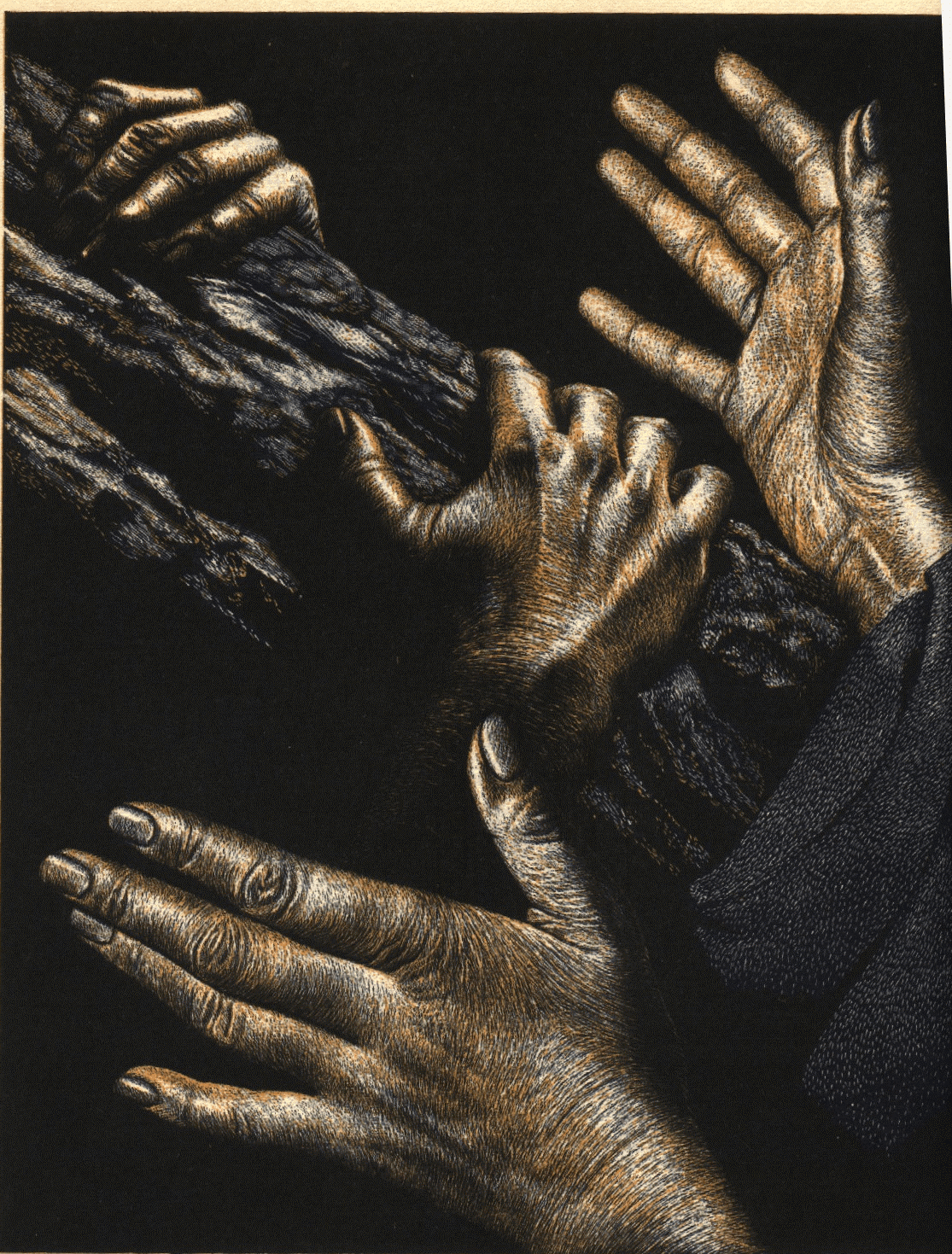 Mary, helpless to intervene or protect her son while He carried His cross. 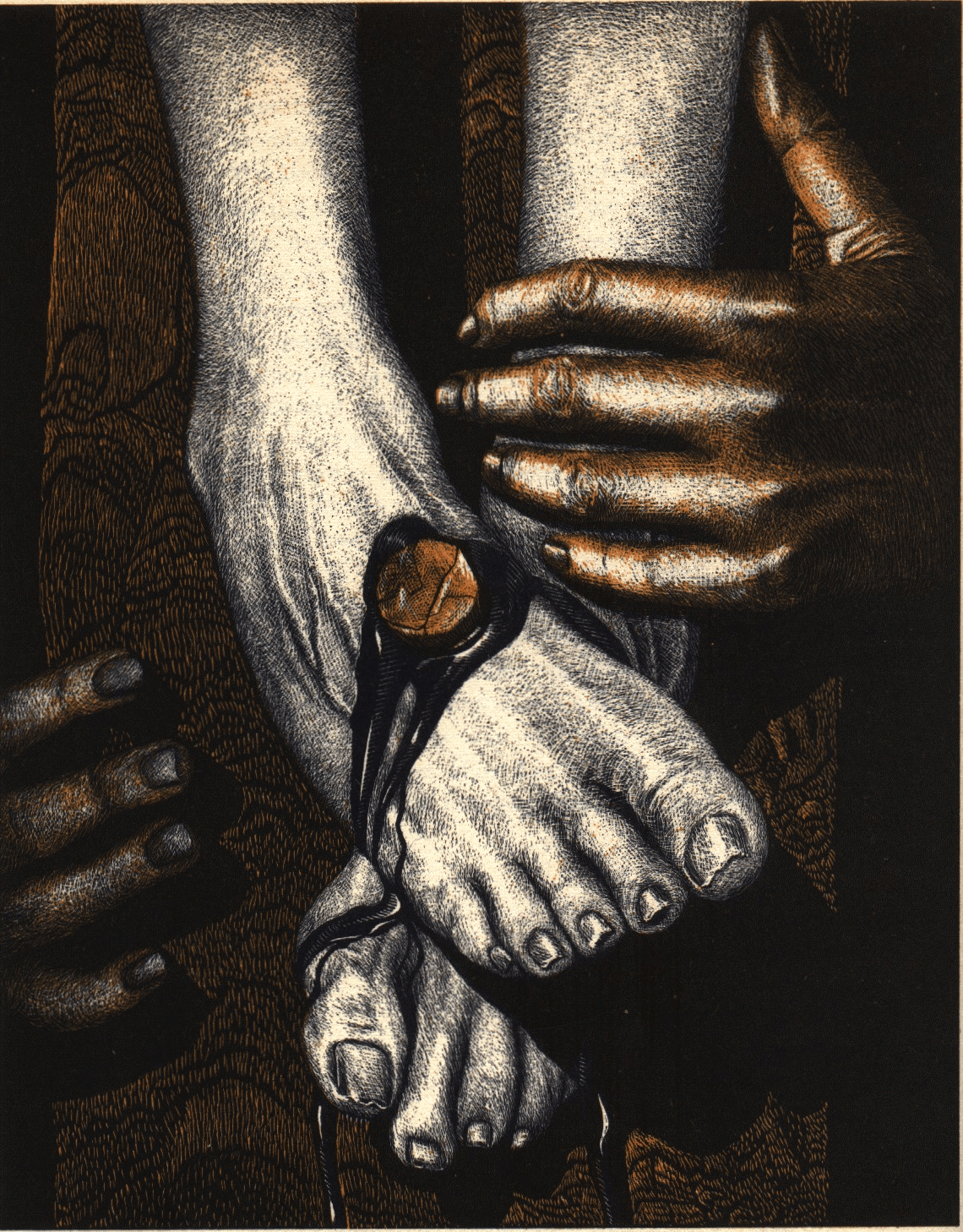 Mary, at the foot of the cross, watching her son take His last breaths hanging from the cross. 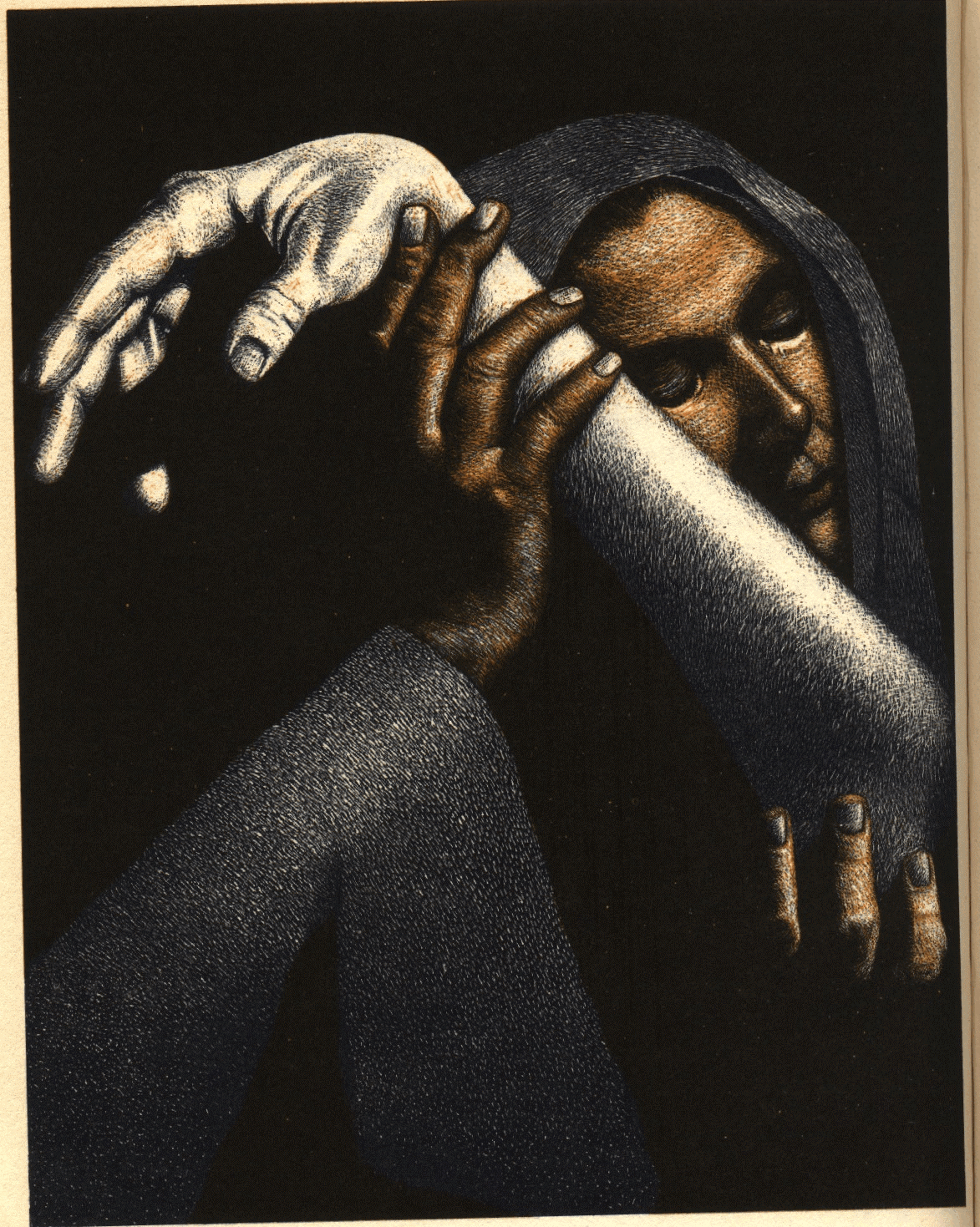 Mary, caressing and embracing her dead son Jesus in her arms as they brought Him down from the cross. 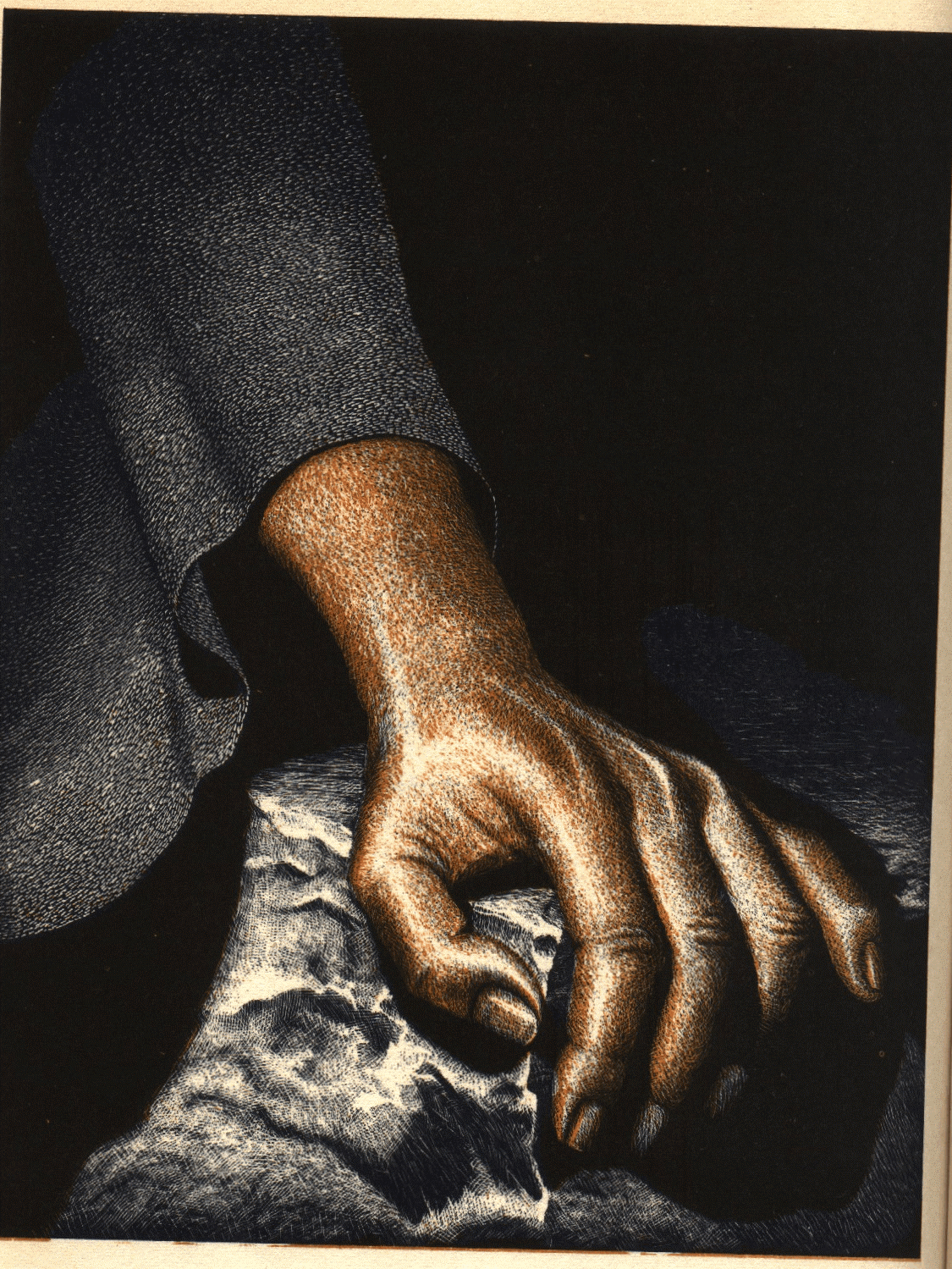 Mary, burying her son Jesus as they rolled the stone in front of the tomb.

This was a new Mary I met. She was a woman who seemed to know deeply how to live faith courageously and steadfastly, especially in moments that were painful.

The more that I reflected on each of these life events, the more I reflected on whether I had experienced similar sorrows in my own life. The more that the story of Mary’s life became wrapped up with the story of my life, I came to realize that the Rosary is only a prayer insofar as I share myself with Mary, and let her share herself with me, and end the prayer by desiring to imitate the unfathomable trust and hope in the Lord that Mary chose to live.

Getting into the Rosary? Perhaps it’s nothing simpler than laying our life out before Mary, and asking her to show us how we can better love, better trust, better hope the way she did.

Andrew Fritz, C.S.C. is a temporarily professed religious in the Congregation of Holy Cross. Originally from Columbia, MD, from a family with three sisters, now studying theology for the priesthood at Moreau Seminary on the campus of Notre Dame. He has worked previously to provide spiritual support for counselors of women facing crisis pregnancies. He writes to connect the reality of faith with the realities of daily life.