Guadalupe, the Home of the Holy Family

Fr. Jim Phalan, C.S.C., considers how Our Lady of Guadalupe established her home in America to bring Christ to families who had not yet heard of Him.

It is not by accident that two major Marian feasts fall in the middle of Advent: the Solemnity of the Immaculate Conception, December 8, and the Feast of Our Lady of Guadalupe, December 12. They draw us more deeply into the warmth, the mystery, and the power of the season. As we approach December 12, let’s now turn our attention to Our Lady of Guadalupe. Reminiscent of Christ’s birth in Bethlehem, she came seeking a home where she could stay among us with her Son whom she carried in her womb. She invited families who did not yet know Christ to become part of His Holy Family, and, in doing so, healing the wounds of division.

Do you know the story? In 1519 Hernán Cortés landed on the eastern shores of Mexico with a shipload of men and proceeded over the next two years to conquer the huge and powerful Aztec Empire with a small band of men. Cortés shrewdly acted to divide and conquer. At the same time, the Aztecs did not know how to react to these strangers, as omens and their own religious teaching had predicted the imminent end of their reign, to be precipitated by the return of a mythical white savior, Quetzalcoatl. Was Cortés a forerunner or, perhaps, himself Quetzalcoatl?

In 1521 the great Aztec capitol, Tenochtitlan (now Mexico City) fell. The defeated Aztecs soon found that Cortés and his mercenary army were not the white saviors. Their gods had abandoned them! However, few Mexicans were converting to Christianity. Sincere and holy friars also came to share the Good News of Christ. However, while Mezo-american religion had some beautiful aspects on which they might have built their preaching, the widespread practice of human sacrifice by the Aztecs was horrifying and made all the native religion seem diabolical to them. They had not found a way to preach the Good News and they made few inroads.

After ten years of the conquest, a cultural divide was escalating to very dangerous proportions. The Spanish were divided among themselves. The vastly larger native population was at breaking point and on the verge of eruption. If that happened, the Spanish forces would not withstand a major uprising, so a bloodbath and full-scale war would ensue. Who would have imagined that Our Lady would enter the situation, bringing the Light to the New World?

On Saturday, December 9, 1531, Juan Diego, a middle-aged man, one of the few native Mexicans who had embraced the Christian faith, was making his way into the city for Mass and religious education. While he walked near what had been an old temple to the goddess considered the mother of the gods, the true Mother of the true God appeared to him. She spoke to him in endearing language: “Juan Dieguito, I want you to go tell the Bishop that I want a little house built here where I can show my Love to my children.” Then followed a series of apparitions, visits to the Franciscan bishop of Mexico City, Juan de Zumarraga, and other events recorded in the beautiful Nahuatl text, the Nican Mopohua.

On December 12, Our Lady sent Juan Diego to the Bishop with the sign that had been requested. Arriving in the Bishop’s office, Juan Diego opened his “tilma,” the poncho worn by peasants at that time, releasing an abundance of Spanish Roses (a variety that the Bishop would recognize), and revealing the image of the Lady that Juan Diego had seen, imprinted on the fabric. After nearly five hundred years, that tilma with its image remains on display for all to venerate. The normal life of the hemp fiber of this sort of tilma would typically be 30 or 40 years. The image itself has been carefully and repeatedly studied. Scientists have not been able to determine of what it is composed and how it remains on the tilma. It is not painted. It is, effectively, a sort of photo of the Lady whom Juan Diego had seen.

The whole history reveals an amazing sort of divine revelation to be understood through much symbolic communication that the Mexicans of the time would have understood. By her garments they would have recognized right away that the Lady was pregnant! She, the Mother of God, was carrying in her womb the Savior they had been hoping for!

A bloodbath was averted. The Light of the World was revealed to the New World! Out of an apparently unresolvable, even deadly, situation, something totally new was born. In the next ten years approximately 9 million Mexicans were baptized. Our Lady of Guadalupe has helped to seal Christian faith in the marrow of the bones of Mexicans, while devotion to the Blessed Virgin helped to forge new Christian cultures throughout America! It all began with a warm-hearted, maternal encounter between our Holy Mother and one of her children. 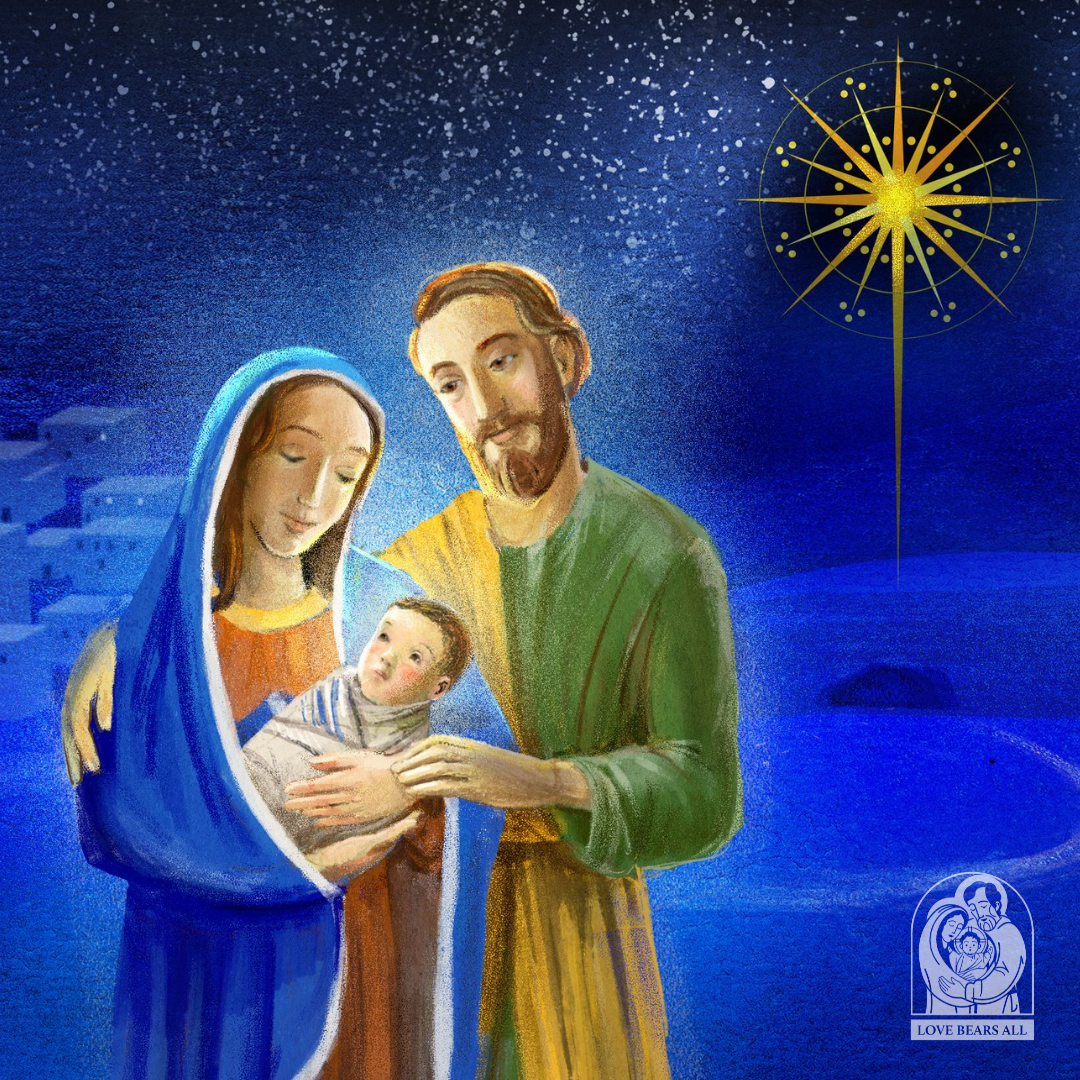 As the Word was born of Mary in Bethlehem, she established her home in America to bring Him to families who had not yet heard of Him. We live among many families who seem to be forgetting about Him! During Advent now, we turn to Our Lady of Gudalupe who always desires to bring her Son into our homes, to heal the wounds of division, to strengthen families, and work something new and unexpected!

Our Lady of Guadalupe, pray for us.

Click to tweet:
As the Word was born of Mary in Bethlehem, she established her home in America to bring Him to families who had not yet heard of Him. #catholicmom #LoveBearsAll 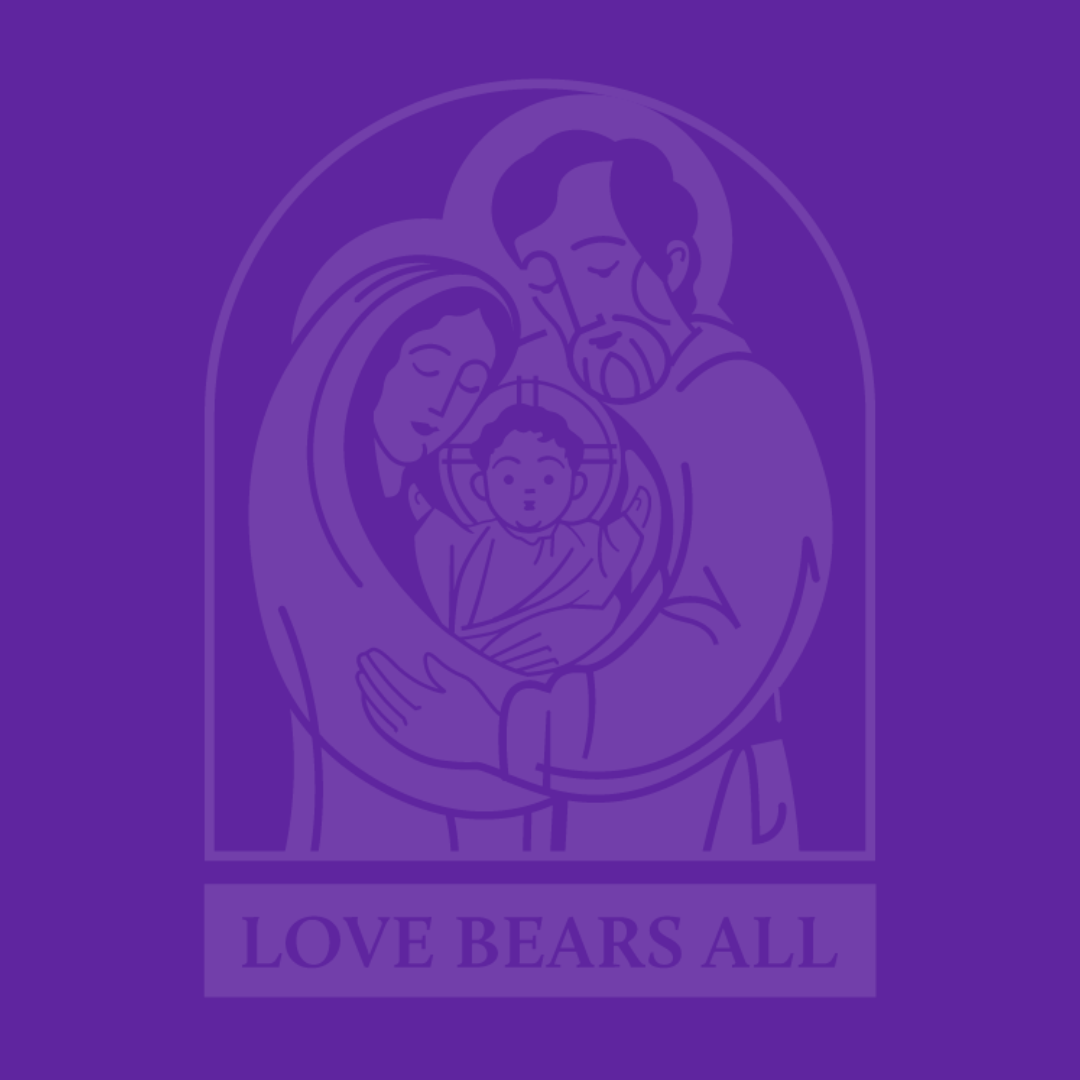 Father James Phalan, C.S.C., is a Catholic priest, member of the Congregation of Holy Cross and the National Director of Family Rosary. He served as a missionary for many years travelling the globe to help people come to Jesus through Mary as part of the Family Rosary team. Now he is happy to be serving back at home in the USA!