In the Eye of the Storm: A Biography of Gregory the Great 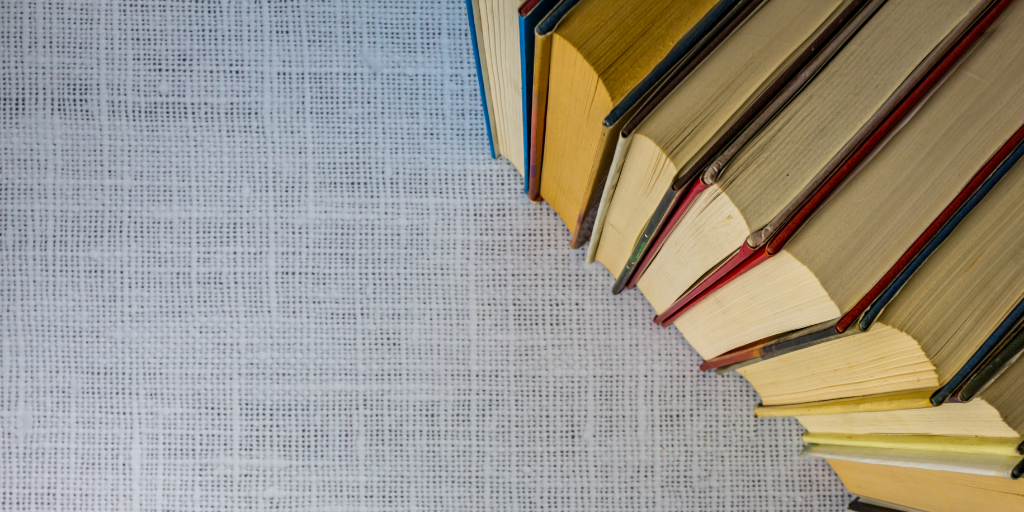 Janelle Peregoy reviews a biography of a pope who lived in calamitous times and did not hesitate to sacrifice ambition in favor of service to the poor.

German journalist Sigrid Grabner, Ph.D., is a prolific author and art historian. Her previous biographies have tackled subjects as varied as Christina of Sweden and Mahatma Gandhi. In her newest work, In the Eye of the Storm: A Biography of Gregory the Great, she turns her keen eye to one of the great prophets of the 6th century. 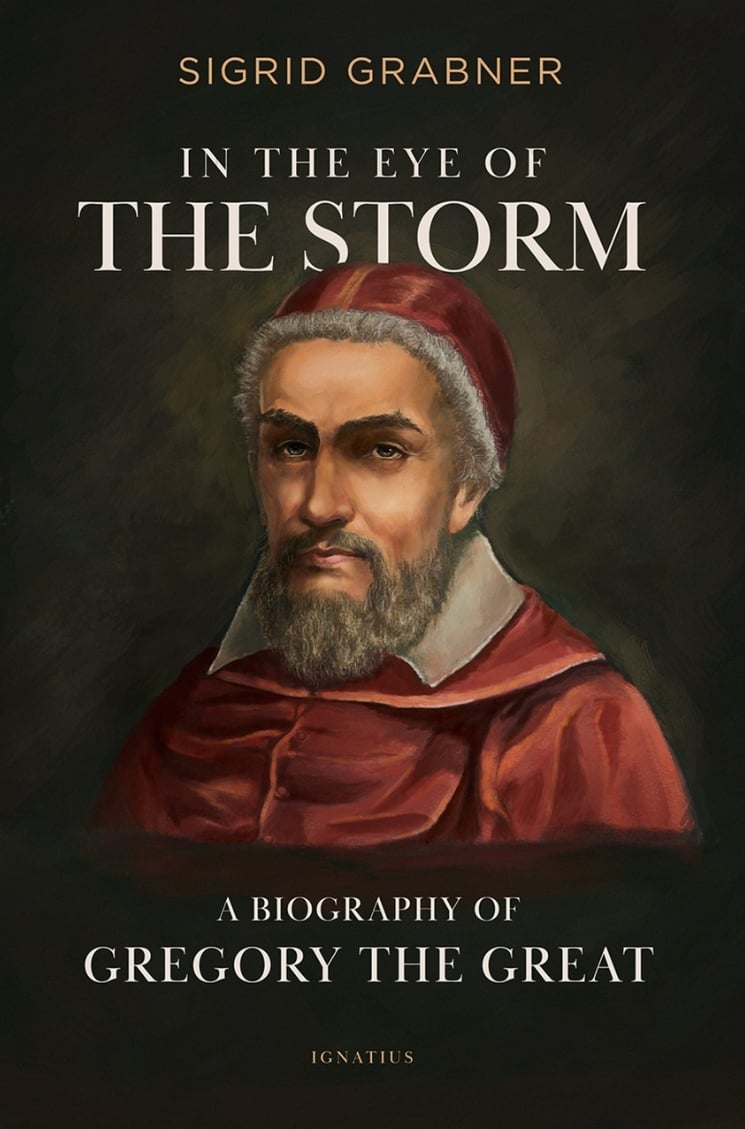 Born into a wealthy and revered Roman family, Gregorius Anicius lived a generation after St. Benedict. Gregory would have grown up amid a Rome long scourged by invasion and plundering. The emperors have abandoned the city in favor of the imperial Constantinople. For those of us who have visited modern Rome, it is easy to conjure a young Gregory walking past the Forum or the Circus Maximus. Indeed, by Gregory’s lifetime these imposing structures would already be ruins with only the lingering memories of thousands of people madly cheering on charioteers.

Although drawn to monasticism at a young age, Gregory follows the will of his father, Gordianus. He joins the city’s administrative government and gradually climbs to the rank of prefect. After decades of war, many of the Rome’s enemies had been driven out of Italy. Gregory and his fellow administrators sought to restore a deteriorating Rome. Broken aqueducts had created festering swamps that spread disease. Abandoned temples became warehouse for rats who raided the city’s stores of grains. Supply and trade routes had frequently been destroyed by invading armies.

Amid so much collapse and decay, Gregory remained resolute and focused. This could be contributed to his spiritual nature—solemn and prayerful. Gregory seemingly embodied an inner tension between the desire for a public life, in which could actively serve the poor and broken, and the spiritual life in which he could retreat into prayer and communion with God. After Gordianus’ death, Gregory inherited huge sums of money and land. He could run again as prefect or spend his life managing the family estates.

Gregory’s mother, Silvia, was a pious woman. As the widow of wealthy man, she had options. Instead, she renounced her position in society and retired to a small hermitage where she would serve the poor for the rest of her life. In discerning her own path, she gave her son permission to find his own. Ultimately, Gregory realized his long-standing desire to become a monk and converted all the family estates into monasteries. Humbly, he offered the role of abbot to another monk and retreated to his cell in solitude. His peace was short-lived.

Pope Benedict summoned Gregory. The reports were grave. The violent Lombard armies were desecrating the Italian countryside and would undoubtedly seek to invade Rome. The pope sent Gregory to Constantinople as papal envoy to implore the emperor to send military relief to Rome. The days in Constantinople became weeks and the weeks became years. He was never able to fulfill his objective. When he returned to the monastery six years later, the situation in Rome was dire. The Lombards had flooded the streets with refugees and poverty abounded for everyone. Gregory served Pope Pelagius II as a special advisor when a plague devastated the city, leaving men and women dead in the streets. One of its earliest victims was the pope himself.

This book was published in English while the omicron variant of COVID-19 raged its own war on our global community. It does not take a lot of imagination to empathize with Gregory, who lived during another era of disease and deep historical crisis. His own personal desires seemed perpetually thwarted in favor of the larger destiny to which God was summoning him.

This book is not a “light” read. It offers Gregory’s life, and later his papacy, as a series of historical calamities. Yet, there is this pulse. This reverberation. Gregory was a deeply moral, humble and theologically-minded man. It was not his nature to be political but he eventually embraced all of his own gifts in service to the poor.

Unlike many of his predecessor and many of his successors, Pope Gregory would not be marked by the acquisition of great buildings or by battles won. Yet, it was the common people of Rome who recognized that Gregory’s persistent attention to their needs was what the Holy Spirit truly sought. It was these people who called him “The Great.”

Readers of this work should walk away from the life of St. Gregory the Great and ask themselves: How too, can I be great, in the eyes of God and others? 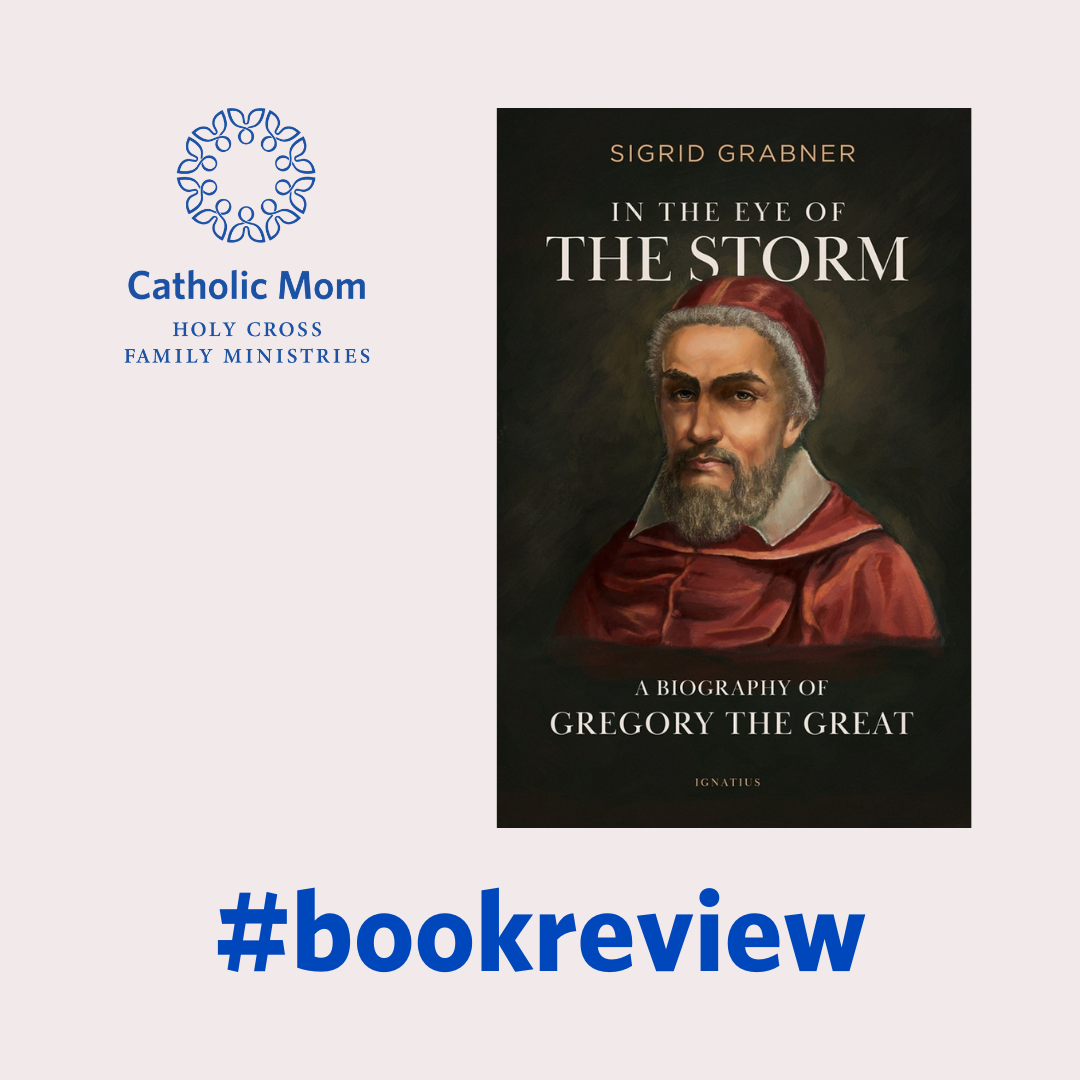