These days, it's rare to find a family-friendly movie that is rated G. When I discovered Jungle Beat: The Movie, adapted from a popular animated series, I was curious. By the time I'd finished my screening of the film, I was hooked. Jungle Beat combines quality animation, spirited voice-acting, and delightful music to create a story that's perfect for today's conflicted, complicated world. Today, I'm happy to share my interview with Jungle Beat director Brent Dawes.

Jungle Beat: The Movie is a charming, family-friendly adventure of epic proportions. One morning, the animals of the jungle wake up to discover that they can speak. They’re even more amazed when they learn the reason why: There’s an alien in the jungle! Little FNEEP has come to conquer the planet and has brought some crazy tech with him, including a translation device that lets them talk for the first time. Unfortunately for the intergalactic Scaldronian empire, but fortunately for the jungle, Fneep is a terrible conqueror: He’s homesick, he’s crashed his ship, and he’s no match for the antics of MUNKI, TRUNK and the gang. Our heroes won’t let a little alien conquest get in the way of a good time or a new friend! As the animals help him on his journey home, he learns that friendship could be the greatest force in the universe. But is it a match for a spaceship full of aliens?

Q: Congratulations on the launch of Jungle Beat: The Movie! What inspired the film and how did you get involved? Thank you!

I wrote and directed the very first episode of Jungle Beat about 16 years ago, so I guess that’s how I got involved ... that’s a long time ago now. I was inspired to make this film through my own watching experiences with my family. I have four children and there’s a 10-year age gap between the youngest and oldest. That’s a pretty broad spectrum to cater for during movie nights! I targeted it at our youngest but tried to make it enjoyable enough for the others as well as my wife and me. A movie that is safe for the youngest, but fun for everyone.

Q: It seems to me that the movie's theme of universal friendship is especially timely. How would you say that FNEEP and his new friends accomplish teaching us a lesson about the importance of acceptance and community?

There is something to be said for loving first, for accepting first. I think that’s a key part of the lesson in the movie. It is very disarming when someone you don’t know just accepts you as you are ... and more than that treats you in a way you may not feel you deserve! That goes an incredible way to winning your way into someone’s heart.

Q: Seeing a film that is 100% "family-friendly" is rare these days. Was the decision to go for a G rating intentional? If yes, why?

Haha, I think I answered that in your question about what inspired the movie. Yes, it was intentional, and because of those reasons I gave above.

Q: Please say a few words about the animation and music that truly turn Jungle Beat into a work of art.

I love that you asked that as it’s such a credit to the amazing team we had on the project. Firstly the music, in particular, the opening song “Special Star” was a real inspiration to me for the movie. It is a song that puts you in a good mood instantly and makes you feel that all is right in the world, and what an awesome world it is. I wanted people to feel about the movie the way I feel about that song! The composer then masterfully captured that spirit and infused it in the score. And then to cap it off a dear friend of ours, Jonas Myrin, was inspired by the movie to write a song called “Together In This”, it came in after we’d wrapped production, but it really resonated with the themes of the movie and we found a way to get it in there in the credits at the end. Natasha Bedingfield sang the song and really brought it to life, so sneaking in at the last minute we got such a lovely end to the movie.

From an animation point of view, the film punches way above its weight. The team was split over three countries; Mauritius, South Africa, and Indonesia, but there was such connection and shared vision and passion that everyone just brought incredible energy and creativity to the project. It is the result of a bunch of people all pulling in the same direction to make something wonderful.

Q: What was your favorite part about being involved with Jungle Beat? With which character do you most closely identify?

That’s a hard one to answer. I think my favorite part is just the fact that we got to make it at all. This is a tricky industry with so many moving parts that the fact that we got to tell this story and share it with the world is just so wonderful. As far as which character I identify with, when I first wrote it I felt like I identified with Munki... I was a bit like him at school, naughty, but in a nice way (I hope). Playful, talkative... I’ve calmed down a bit as an adult... but not too much that I don’t have a ball making cartoons!

Q: How can families watch Jungle Beat: The Movie?

They can watch it on all major VOD platforms: Amazon Prime, iTunes, Google Play, and then other more territory-specific platforms.

I really hope the movie finds an audience. It really felt like a gift getting to make it and I hope it feels like a gift to those who watch it. 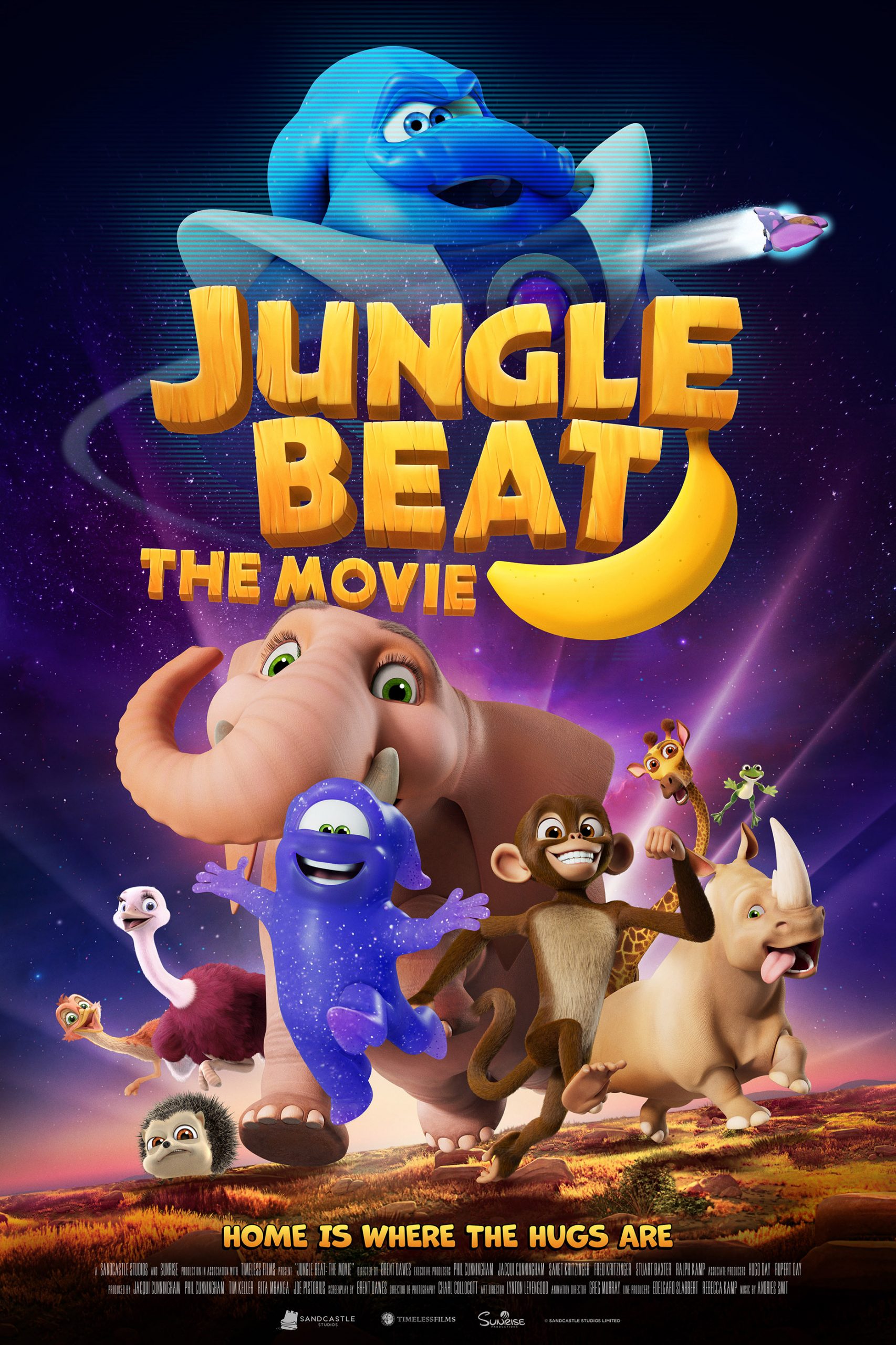 Real Talk with the "Breakthrough" Movie Team
Read
It's a Jungle! Let the Little Bird Guide You.
Read
LITTLE BOY: Movie Encourages Us to Believe
Read