Meet Me in the Gray 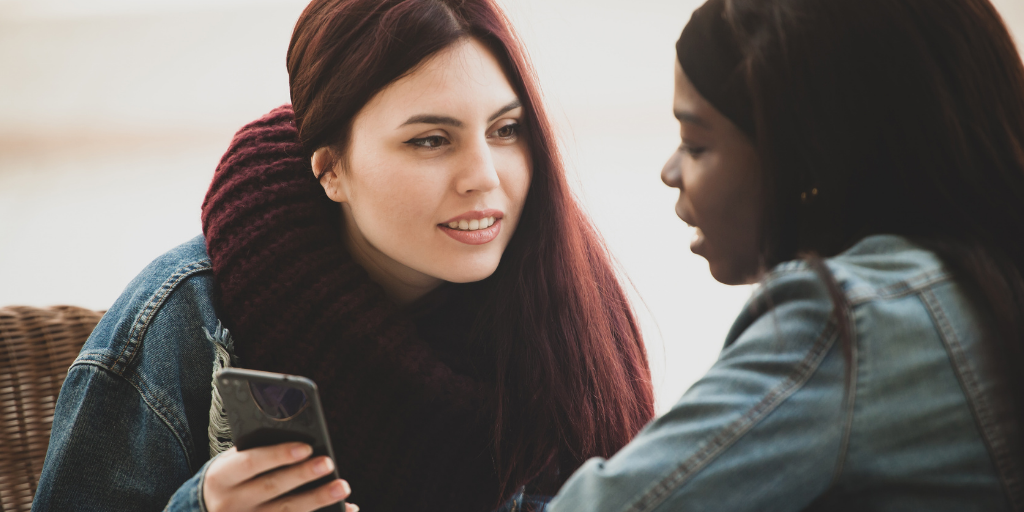 Nicole Johnson shares a story of how one of God's most precious creations is saved through love, friendship, and meeting one young mama where she is at.

This from a vulnerable and frightened 19-year-old college freshman, pregnant and scheduled to abort her child in three days time. On the receiving end were three University of New Hampshire students who had traveled to Washington, DC to be a part of the March For Life. Complete strangers to one another mere minutes before, some might say this is a story about the power of connection through social media. And to some extent, I guess it is. But once you read what happens next, you may join me in my suspicion that God smiled in this very moment, setting what could only be His wheels in motion.

There are many reasons why I love this story, but one why I feel it needs to be shared. This is a story about the power of kindness in its purest form, of meeting your fellow human right where she’s at and living one’s belief—not forcibly, not in anger or with judgment attached—but in walking alongside her, sitting with her in her fear and sharing her pain.

It was the early morning of January 20th when eight college students boarded a train that would take them from NH to DC to participate in the 49th annual March For Life. Carys was one of the young women among them. As she prepared for the weekend ahead, she considered changing her Instagram account from private to public and posting about her experience in DC. It was not an easy decision, as she was well aware of the divisive comments this seemingly simple act would open her up to. What she never could have imagined is that, among the hundreds of comments that did pour in— ranging from support to hate-laced threats—a direct message came through that read as follows:

“I’m 19 years old and pregnant. I have an appointment for an abortion but don’t think I want to go through with it. Do you have time to talk?” 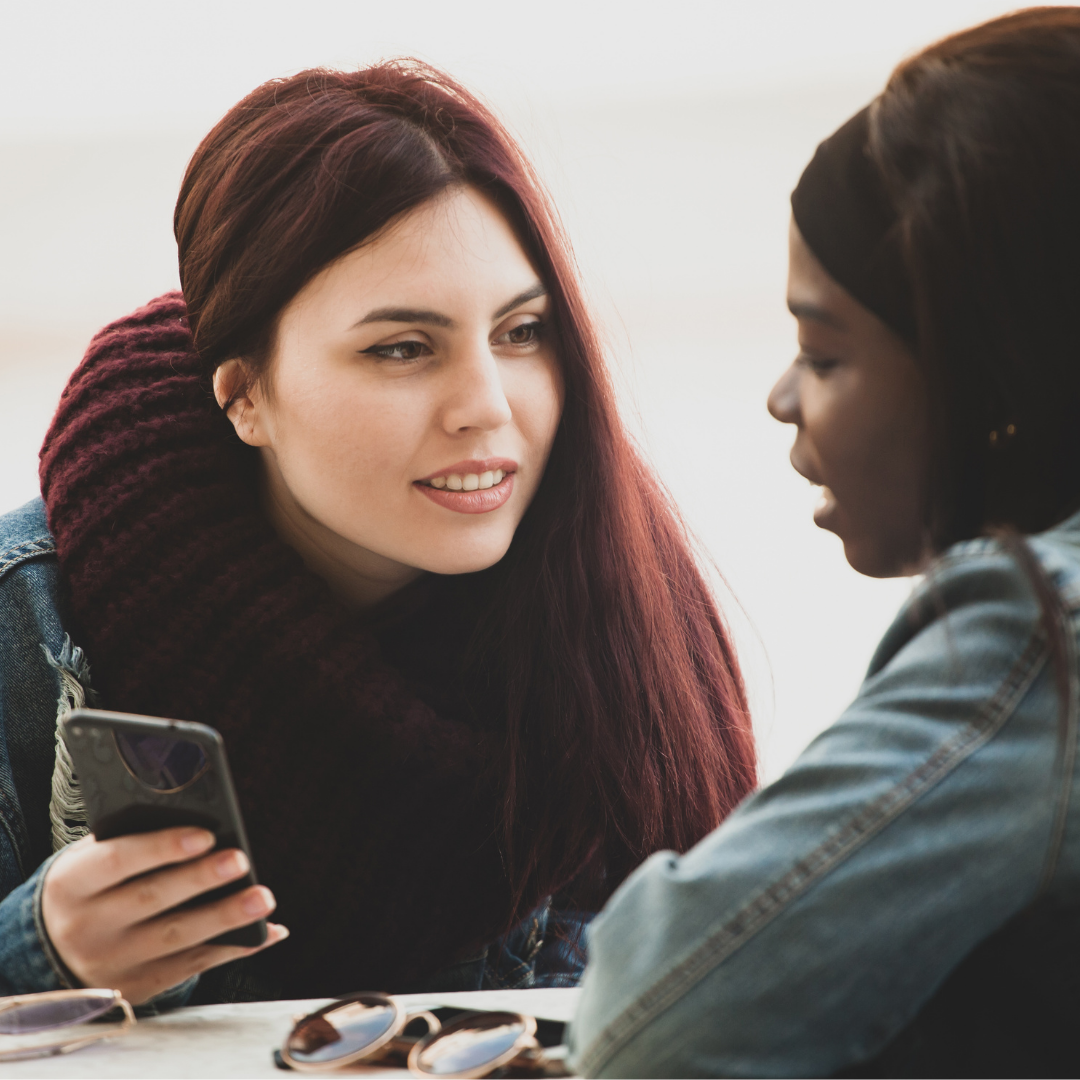 Within minutes, Carys and two other girls from her group, Bethany and Katelyn, were on the phone with this young woman, whom, for privacy reasons, we will refer to as Mama A. When scrolling through Instagram, Mama A had seen Carys’ post and was drawn to the many images of over 150,000 people coming together to walk in honor and respect for life. And the question she couldn’t seem to shake was simple: “What do they know that I don’t?”

Up to this point, the advice Mama A had been receiving was that abortion was undoubtedly her only choice. When learning of her pregnancy, her parents made it clear that, unless she had the abortion, they would no longer pay the tuition for her nursing program or her rent. She had already canceled one appointment at the abortion clinic and was searching for answers to her many questions.

To help Mama A understand all of her options, Katelyn set up an appointment for her at a pregnancy center not far from her campus where she could speak with a nurse, confirm her pregnancy, and have an ultrasound. Overwhelmed by the thought of doing this on her own, and not having any friends that would support this decision, Mama A asked these three kind strangers if they might consider going with her if she was able to get to DC. Not only did these three kind strangers agree, they spoke with the rest of their group and the eight college students pooled their meager funds to buy her a train ticket.

Click to tweet:
They met her in the gray and they sat with her there, in the hard, the messy, and the uncomfortable. #catholicmom

As Carys, Bethany and Katelyn waited for Mama A’s train to pull into the station the next morning, nervous thoughts started to crowd in and they wondered how this would all turn out. Their fears quickly abated once Mama A exited the train and walked over to embrace her new friends. As the four girls made their way to a pregnancy care center, at which the staff had rearranged their already packed schedule to include this urgent appointment, the magnitude of all that had unfolded in such a short time was slowly starting to sink in.

Once inside the room where she would have her ultrasound, it was clear Mama A was becoming overwhelmed so the girls asked the technician to give them a few minutes to allow Mama A to catch her breath. This was one of the questions she posed to them as they sat together in the quiet of the room. The three girls got down on their knees to encircle Mama A and asked if she would be ok if they prayed with her. They were each as vulnerable as the next, completely exposed in the truth that they did not have all the answers and were faithfully putting this all in God’s hands.

Beautifully, Carys, Bethany and Katelyn never lost sight of the mother in their desire to protect her baby. There was no shaming, no fault-finding and no “you need to do this or that.” There were no claims that this was an easy black or white decision. They met her in the gray and they sat with her there, in the hard, the messy, and the uncomfortable. There was no denial that this baby would turn Mama A’s life upside-down and inside-out and threaten her relationship with her family and her friends. No one could say, “It’s going to be OK” and mean it. The questions and fear ran deep within the group but this life, this tiny life, kept them moving forward, one small step at a time. 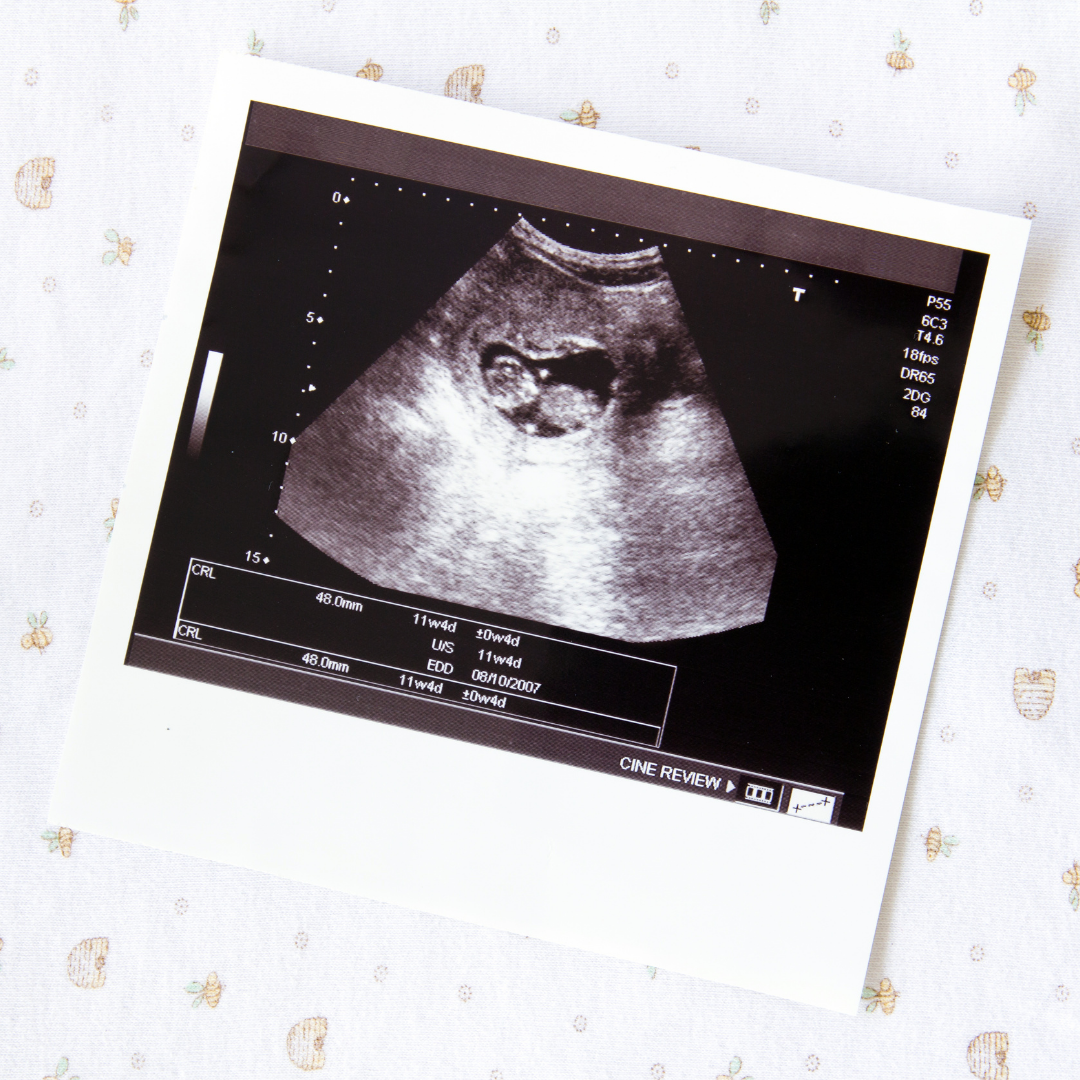 Moments later, Mama A met her baby via ultrasound and left the center resolute in her decision to bring her baby into the world. The four girls headed back to the train station and enjoyed a quick lunch together before sending Mama A and baby off. Unknowing passersby saw only a group of young women chatting and enjoying themselves. Little did they know the depth of what was playing out before them. While Carys’ Instagram continued to be flooded with hateful and angry posts, the strongly-held belief of these three girls that each and every life is precious was being lived—not shouted, not forced, not lived in theory—lived.

A mere twelve hours after first reaching out to this stranger turned lifelong friend, Mama A was back on her campus and immediately surrounded by her friends whose mindset about the right choice for her hadn’t changed. In fact, they were so sure abortion was the answer, they had gone ahead and made another appointment for her at a nearby clinic for that afternoon, claiming Mama A was irresponsible in considering any other option. She quickly reached out to her support group via text to explain what she was facing and Katelyn responded right away assuring Mama A that her friends loved her and were doing what they felt was best for her. She continued by reminding Mama A that, in the end, she had to do what was right for her.

I love this response. I admit that, in that moment, I’d have found it difficult to stick up for Mama A’s friends, seeing the distress they were causing her. After hearing Katelyn’s response however, it’s clear she was right on. Her friends certainly thought they were acting in Mama A’s best interest and were providing the kind of support that perhaps they would hope for if they found themselves pregnant and scared. I love that every “character” in this story was met where they were at and not vilanized for carrying different life experiences and therefore different opinions.

“That was the most magical thing I have ever been a part of. I am so honored and grateful.”

That evening, a group of twenty-five UNH students—both boys and girls from all different faiths—came together to pray for Mama A, her baby and her family. Mama A joined them via Facetime and saw firsthand the amount of support that surrounds her. Even when she had to hang up, the group continued to pray, their faithfulness rewarded with Mama A’s text showing her awe and gratitude.

This story is far from being finished; about eight months out from the best part. The months to come will undoubtedly be a roller coaster of emotions for Mama A, but she will be buoyed by the prayers of all those who know her story. And the number of people who do grows daily, as a result of the kindness of Bethany’s older sister who reached out to her church community, securing enough donations to cover her rent for the next several months.

Beliefs are important for they shape who we are, but our identity is revealed not through our beliefs or our talk, but through our actions. (Thomas Ingram)

Needless to say, the weekend didn’t turn out how this group of students expected. The day that Carys, Bethany, and Katelyn spent with Mama A was supposed to be spent at the summit listening to speakers they were looking forward to hearing. As is so often the case, however, God had other plans. And as Katelyn humbly admits when she finished recounting the weekend, “I think this was better.”

Mama A is considering adoption for her baby, and to bring the story full circle (God’s not one to leave out any details) Bethany’s older sister and husband, already parents to two, have long considered adoption. There are many prayers to be raised and questions to be answered, but this baby’s story has, mercifully, just begun.

Preach the Gospel at all times and when necessary, use words. (attributed to Saint Francis of Assisi)