Claire Dwyer presents a letter to women of the world, written 25 years ago by St. Teresa of Calcutta at the request of Pope John Paul II.

I call heaven and earth to witness against you this day, that I have set before you life and death, blessing and curse, therefore choose life, that you and your descendants may live. (Deuteronomy 30:19)

It is a clear choice for some of us, but for many, what is good and true and beautiful and ultimately life-giving, is shrouded in a kind of haze of ambiguity and confusion and complexity.

But God? God is simple. And when He speaks, there are no trap-door meanings or manipulated words. Love is love, marriage is marriage, life is life — choice and rights and freedom and family and fatherhood and femininity — they all mean what they were created to mean, undistorted by the one who lies for a living.

So I love it when I find someone unafraid to say it like it is. To be the child on the street pointing out the embarrassingly obvious: that the emperor has no clothes. That there is no substance behind the wagging signs and slogans and mantras of movements which purport to be vaguely Christian but really are houses of cards built on nothing but sand.

Simple, direct, unassuming, and totally unafraid, Mother Teresa captivated us with her love — but also with her healthy dose of truth. She made world leaders shift uncomfortably in their seats (if not in their consciences). And do we ever need her intercession today.

There is a little-known letter written by this diminutive powerhouse that I want to share with you. We just marked the twenty-fifth anniversary of its writing.

Twenty-five years ago, the United Nations held its Fourth World Conference on Women in Beijing, China (ironically — China, of all places, where millions of women are aborted and brutally and coercively sterilized every year) and before it began in 1995, the Church could already anticipate what was coming.

Preparatory meetings drafted documents to be ratified at the conference — documents that confirmed the worst fears of pro-life and pro-family delegates from around the world (including representatives of the Vatican). Documents that wove words like “sexual and reproductive rights” throughout, veiled terms for “abortion.” Documents that willfully disregarded the complementarity of men and women, the support of traditional motherhood, and the right to life. Documents that introduced dangerously cryptic terms like “gender” and opened a Pandora’s box of demonic consequences. Documents that threatened to unravel common sense and universal experience — and everything we hold sacred regarding femininity and the family.

So the summer before the conference opened, Pope John Paul II wrote his famous Letter to Women — warm and personal, he thanked women for their distinctive contributions to the family, to the Church, to the world. He held up the uniqueness of a woman’s nature as something to be celebrated. He hoped for an authentic freedom for women everywhere — not to be like men, but to be wholly and fully women, living the entirety of the Gospel.  He prayed that the conference would “bring out the full truth about women.” But he wanted a woman’s voice to share the Church’s platform. And so he turned to Mother Teresa and asked her to write a letter, too.

The letter was typed, signed, and sent to the Vatican. On her way to the conference, which was to begin September 4, 1995, Mercedes Arzu-Wilson, a member of the delegation from Guatemala and a friend of Mother Teresa, stopped in Rome to pick it up.

The letter was handed off to pro-life lobbyists who had secured, thanks to a helpful hotel manager, what appeared to be the only available photocopy machine available in the entire city. Running that machine out of their hotel room throughout the conference, volunteers copied thousands and thousands of pro-life, pro-family, and pro-woman flyers on reams of multi-colored paper which members of sympathetic delegations had snuck into their luggage.

The decision was made to copy the letter from Mother Teresa in all six of the official United Nations languages: English, French, Spanish, Russian, Chinese, and Arabic. Pro-life translators were found for each language. But the existence of the letter was kept a secret so that pro-abortion forces would be caught off guard when Mercedes Arzu-Wilson delivered it in a press conference on September 12, 1995.

I am praying for God’s blessing on all who are taking part in the Fourth World Conference on Women in Beijing. I hope that this Conference will help everyone to know, love, and respect the special place of women in God’s plan so that they may fulfill this plan in their lives.

I do not understand why some people are saying that women and men are exactly the same, and are denying the beautiful differences between men and women. All God’s gifts are good, but they are not all the same. As I often say to people who tell me that they would like to serve the poor as I do, “What I can do, you cannot. What you can do, I cannot. But together we can do something beautiful for God.” It is just this way with the differences between women and men.

God has created each one of us, every human being, for greater things – to love and to be loved. But why did God make some of us men and others women? Because a woman’s love is one image of the love of God, and a man’s love is another image of God’s love. Both are created to love, but each in a different way. Woman and man complete each other, and together show forth God’s love more fully than either can do it alone.

That special power of loving that belongs to a woman is seen most clearly when she becomes a mother. Motherhood is the gift of God to women. How grateful we must be to God for this wonderful gift that brings such joy to the whole world, women and men alike!

Yet we can destroy this gift of motherhood, especially by the evil of abortion, but also be thinking that other things like jobs or positions are more important than loving, than giving oneself to others. No job, no plans, no possessions, no idea of “freedom” can take the place of love. So anything that destroys God’s gift of motherhood destroys His most precious gift to women–  the ability to love as a woman.

God told us, “Love your neighbor as yourself.” So first I am to love myself rightly, and then to love my neighbor like that.
But how can I love myself unless I accept myself as God has made me? Those who deny the beautiful differences between men and women are not accepting themselves as God has made them, and so cannot love the neighbor. They will only bring division, unhappiness, and destruction of peace to the world. For example, as I have often said, abortion is the greatest destroyer of peace in the world today, and those who want to make women and men the same are all in favor of abortion.

Instead of death and sorrow, let us bring peace and joy to the world. To do this we must beg God for His gift of peace and learn to love and accept each other as brothers and sisters, children of God.

We know that the best place for children to learn how to love and to pray is in the family, by seeing the love and prayer of their mother and father. When families are broken or disunited, many children grow up not knowing how to love and pray. A country where many families have been destroyed like this will have many problems. I have often seen, especially in the rich countries, how children turn to drugs or other things to escape feeling unloved and rejected.

But when families are strong and united, children can see God’s special love in the love of their father and mother and can grow to make their country a loving and prayerful place. The child is God’s best gift to the family and needs both mother and father because each one shows God’s love in a special way. The family that prays together stays together, and if they stay together they will love one another as God has loved each one of them. And works of love are always works of peace.

So let us keep the joy of loving in our hearts and share this joy with all we meet. My prayer for all of the delegates, and for every woman whom the Beijing Conference is trying to help, is that each one may be humble and pure like Mary so as to live in love and peace with one another and make our families and our world something beautiful for God.

All for the glory of God
and good of souls.

And there you have it.  Men and women, she says, are different. Can anyone really deny it? Women’s maternity is a gift not only to the world but to her — it is, in fact, the way she was designed to love. To say otherwise is a lie and a distortion. “Did God really say …” Satan begins, and she shuts him down, I imagine, with her hand in the air: Yes, He did.  Isn’t it obvious? Case closed.

Those radical feminists who used the power of the UN to mainstream gender ideology and to advance abortion, birth control, and downplay the importance of marriage and the nuclear family were, of course, very successful. Yet, we know, as Mother Teresa knew, that in the end, such radical policies are doomed.

“Perhaps,” reflected Martha Casco, a delegate from Honduras, “our greatest hope for stopping this absurd attempt to change human nature is women themselves.  A woman’s way of being is so deep, her love for life is so passionate and her longing to be a mother so strong that the feminist revolution is ultimately destined to fail.”

“In the end,” says the greatest Mother ever, “my Immaculate Heart will triumph.”

Immaculate Heart of Mary, pray for us.

St. Teresa of Calcutta — Mother Teresa — pray for us, our nation, and our world.

CLICK TO TWEET
Mother Teresa captivated us with her love — but also with her healthy dose of truth. #catholicmom

Read a copy of the original letter sent from Calcutta at EvenTheSparrow.com. 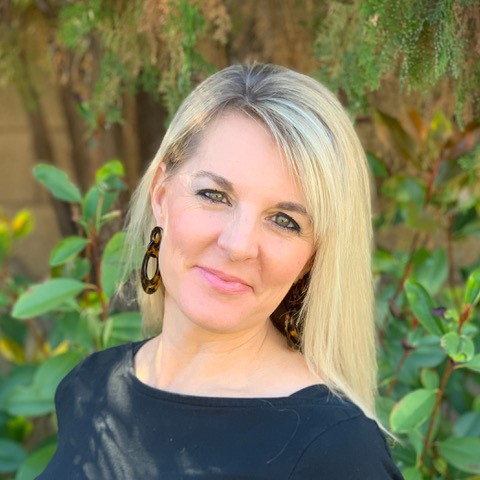 Claire Dwyer is a wife and mom of six. Her book, This Present Paradise, a spiritual journey with St. Elizabeth of the Trinity, is available from Sophia Institute Press. Claire currently works full time as Marketing Manager of the Avila Foundation and shares timeless wisdom for modern Catholic women at EvenTheSparrow.com. Connect with her there!