Ellen Gable Hrkach offers a review of the movie FATIMA, now available to stream on demand.

I was blessed to be able to watch the new movie about the Miracle of Fatima entitled Fatima a few months ago. I have heard a lot about this movie from one of the screenwriters on social media. It is available on demand as of August 28.

First, the synopsis: Based on historical events, three young shepherds in Fátima, Portugal, report visions of the Virgin Mary, inspiring believers and angering officials of the Church and the government, who try to force them to recant their story.

I would consider myself a quasi-expert on the miraculous events at Fatima. I’ve read many books on the subject and I’ve watched documentaries, as well as the original Miracle of Our Lady of Fatima from 1952. 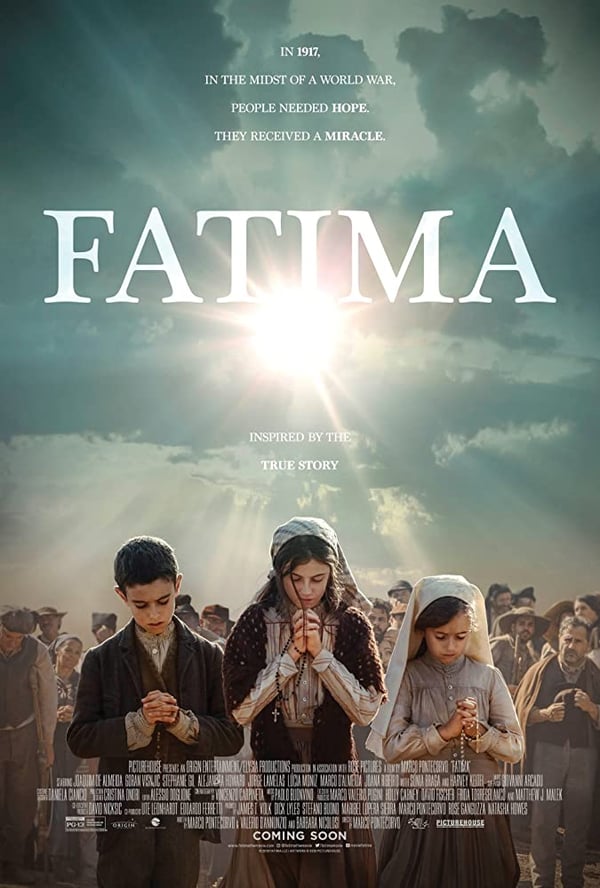 What I loved about this movie: The cinematography was breathtaking. The music was beautifully done and added greatly to the story. The script was well done, as were the costumes. I was especially pleased to see Lúcia Moniz, who played Lucia’s mother in the film. She looked familiar, but I had to look her up on IMDB to find out where I had seen her: she played the Portuguese girl and love interest of Colin Firth’s in Love, Actually. She plays a very different part in this movie as the unbelieving mother of Lucia. The acting of most of the cast was above average (although there were a few minor actors who weren’t entirely on par with the rest of the cast). 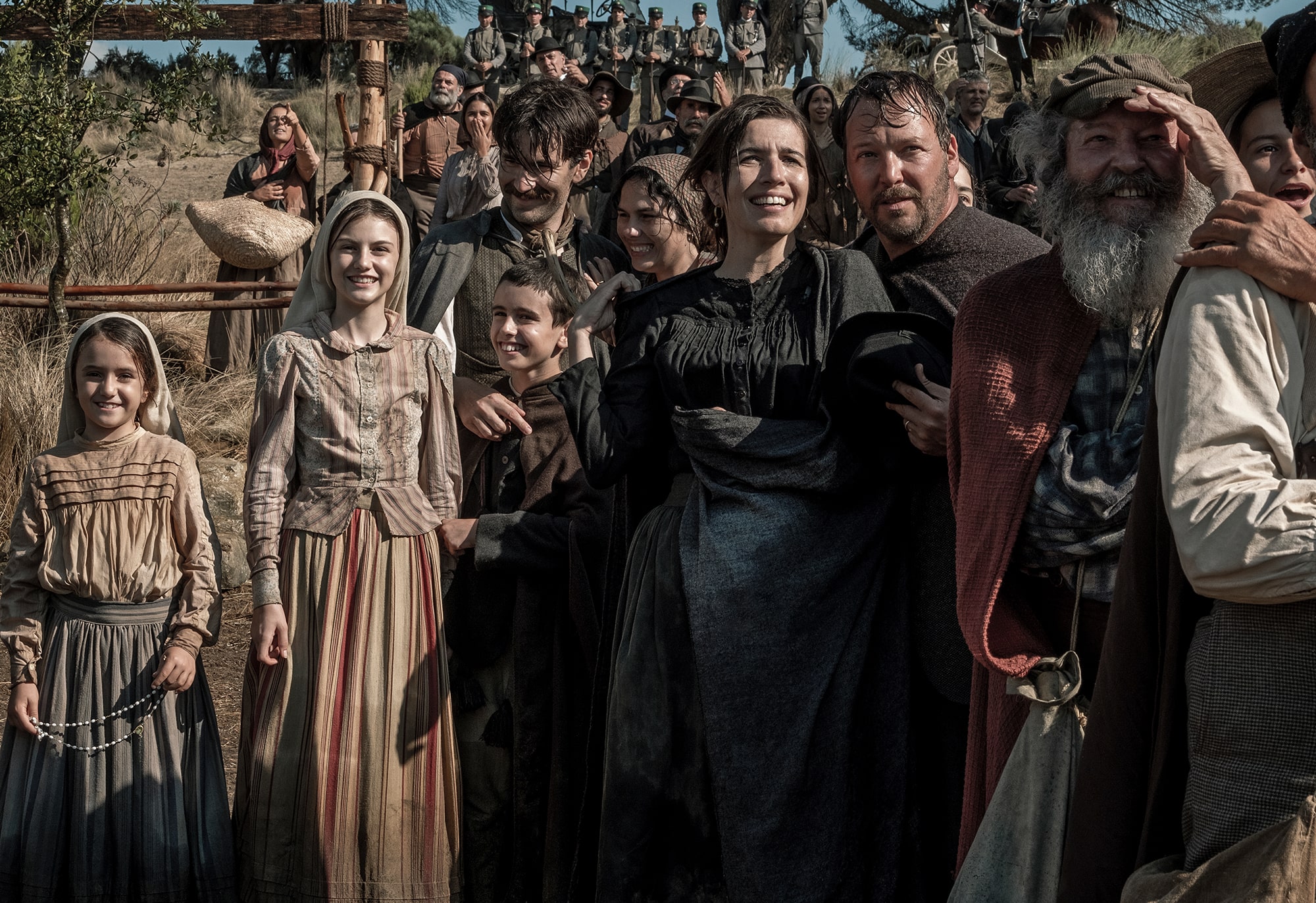 The Miracle of the Sun was exceptionally well done, and for this, the music, and the cinematography, the movie is definitely worth seeing. 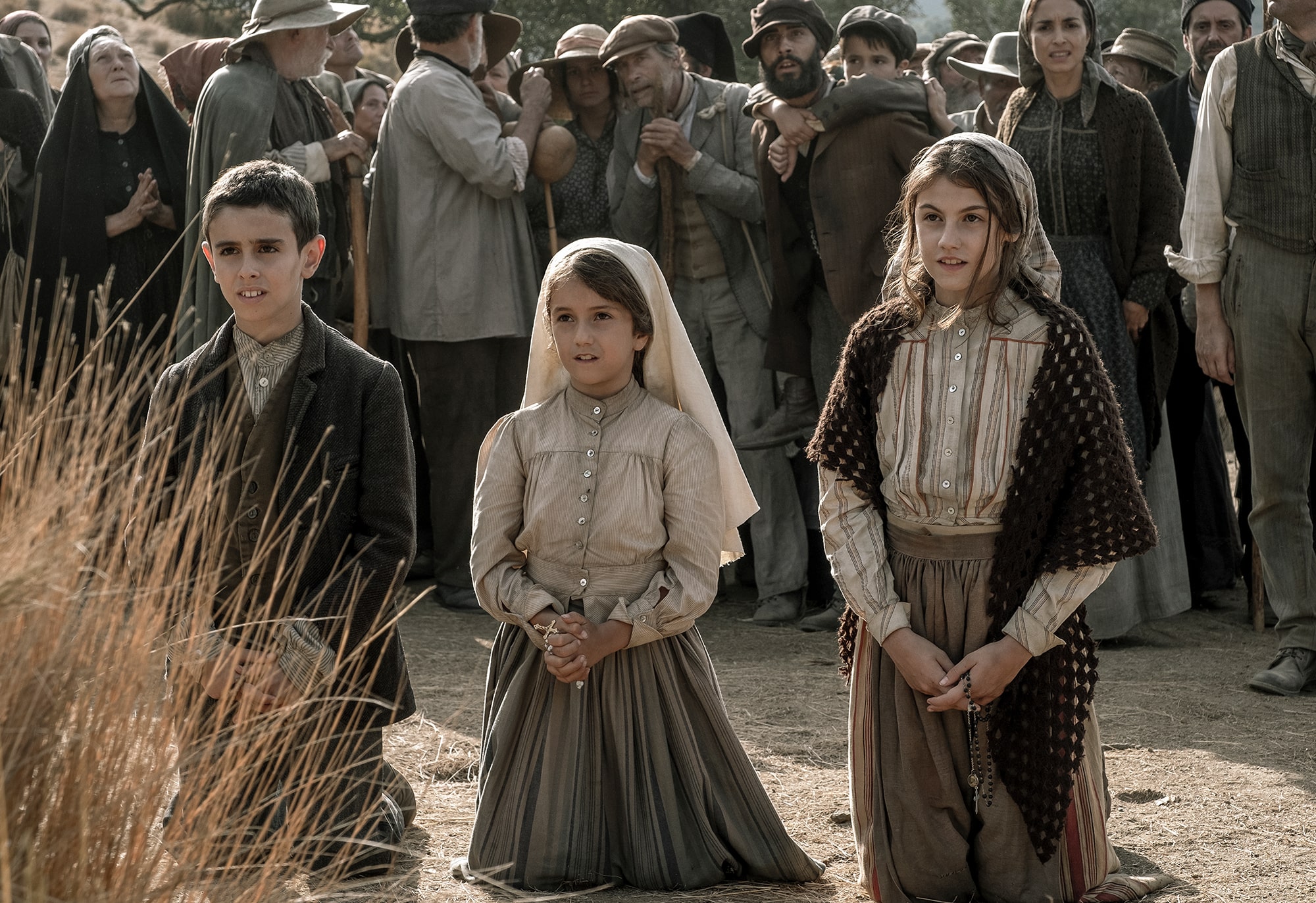 What I didn’t like about this movie: I personally didn’t like how Our Blessed Mother was portrayed and how distracted the children seemed when they were when the “Lady” was talking to them. To me, there was nothing heavenly about the woman in the “vision.” In fact, there seemed to be no attempt to make the Blessed Mother look ethereal. She was a beautiful lady dressed in white, barefoot and, at one point, bleeding from the area of her heart. It was as if she just walked up to the children when she appeared to them.

The young actress who played Lucia did an adequate job, but at times, there seemed to be something missing from her performance. 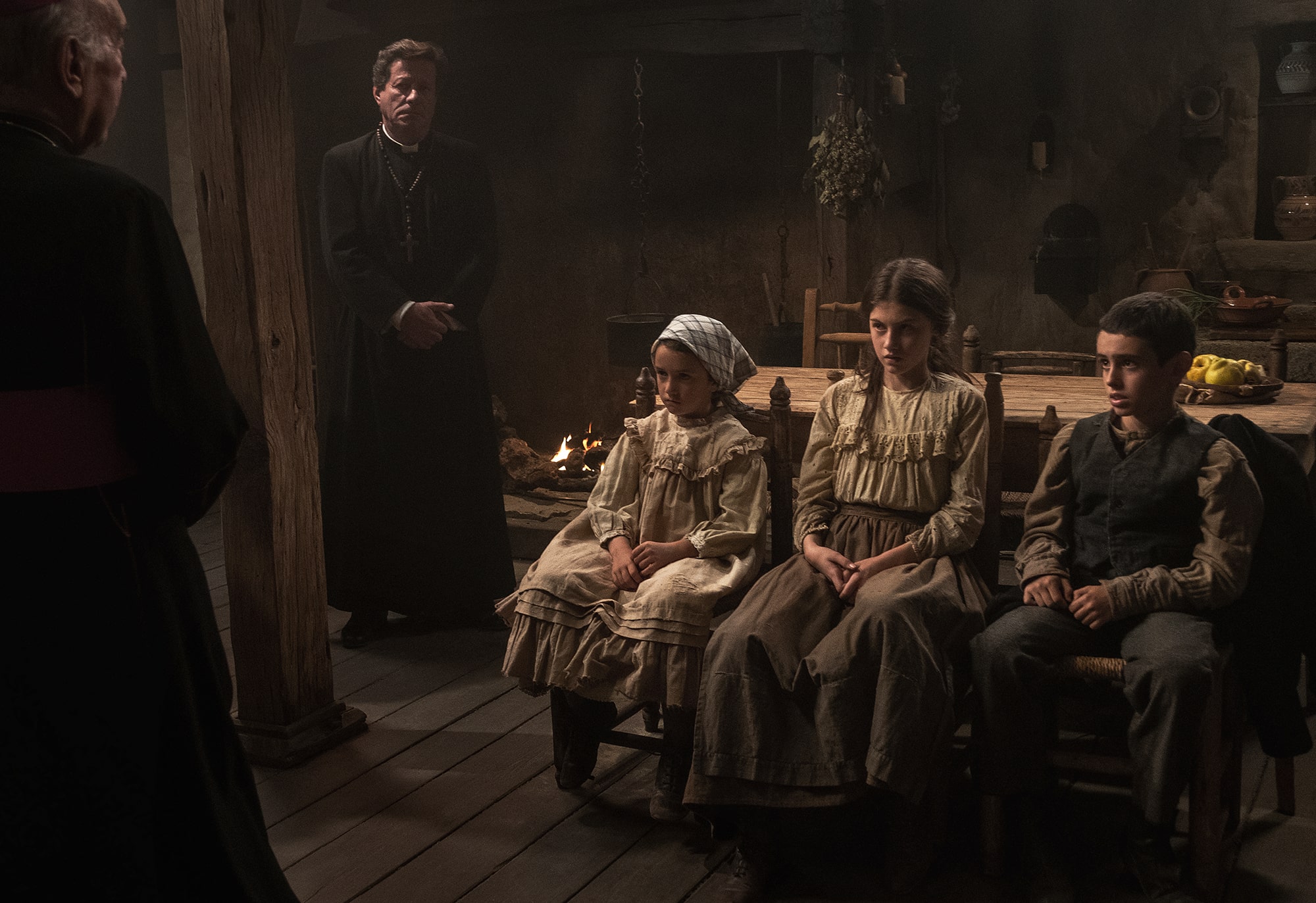 The two youngest children were delightful and believable. (The girl playing Jacinta was adorable.) I enjoyed both their performances very much.

There were several events that the writers choose to either change or leave out. For example, the writers did not include the Communist mayor threatening to boil the children in oil if they did not tell the truth. That’s a pretty big part of the story to leave out. In the actual events, the children refused to say they were lying, regardless of the threats to be boiled alive.

Bottom line: Although the original 1952 Fatima, in my opinion, is a more faithful representation of the events of the Miracle of Fatima, this one is absolutely worth seeing. Recommend. 7/10.