My Rosary Story: The Night I Learned to Pray the Rosary

Rose Folsom recalls the first time she prayed the Rosary, noting that our perseverance in prayer is a gift to Jesus through Mary.

November 15 marked my 30th anniversary as a Catholic. That day in mid-November might have been just another sunny autumn day but for the night I learned to pray the Rosary.

In June of 1988, Lauren, my future godmother, invited me to pray in Caldwell Hall Chapel on the campus of Catholic University in DC. It was opening night of a big Rosary Congress at the Shrine of the Immaculate Conception.

Around 5:00 PM, Lauren called to say she was not feeling well and that I should go by myself. I thought, “What the heck, I love to pray. Sure, I’ll go.” Even though the thought of going solo into an all-Catholic room sort of gave me the creeps. All those rules. All that guilt.

The chapel was already full when I entered. As the murmur of prayer began, I knelt behind the back pew. Feeling out of my element, I was comforted by the rhythm of the prayers. Closing my eyes, I listened intently so I could join in, since they seemed to be saying the same thing over and over again. Someone placed a finger Rosary in my hand. When I opened my eyes to see who had done it, no one was there.

Slowly I began to repeat, “Holy Mary, Mother of God, pray for us sinners now and at the hour of our death.”

I can’t tell you what happened that night, but this lifelong anti-Catholic had a Rosary routine from that moment on. I would kneel at my bed and pray it every night. I now recognize that the blasphemous thoughts and piercing doubts I experienced in those early days were demonic attacks, but Our Lady took care of them. I received a perseverance in prayer and an acceptance of my frailty that only seemed to bind me closer to my new friend and confidante, my Heavenly Mother. 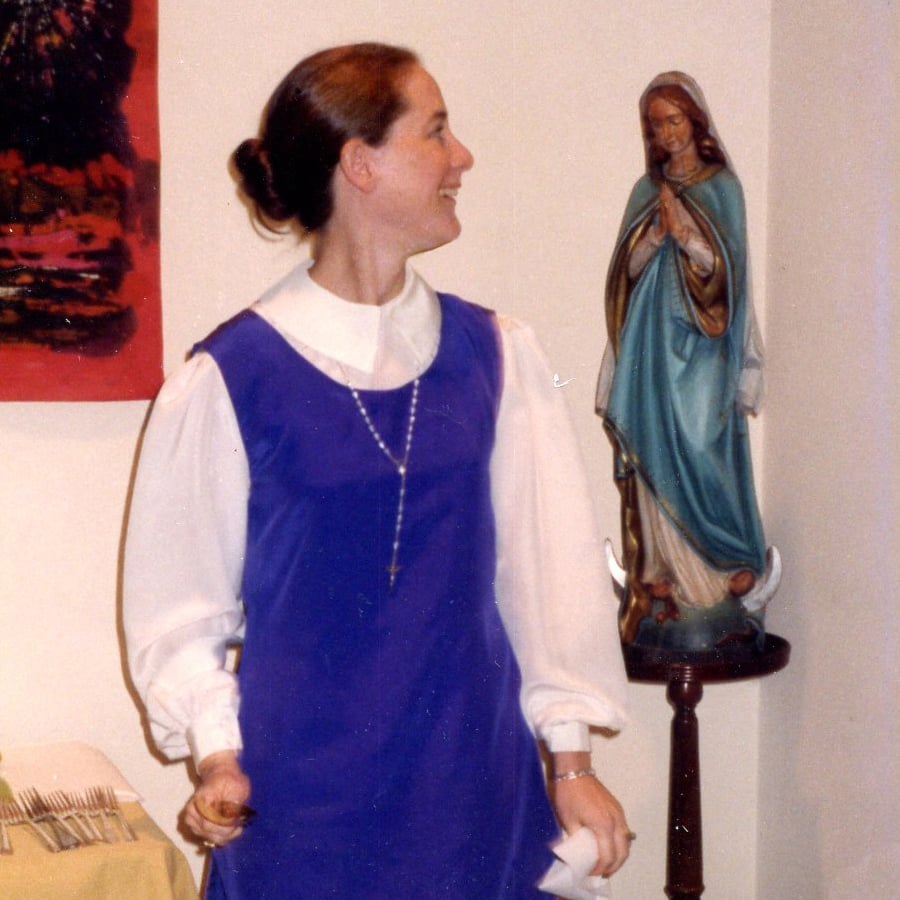 I then read St. Louis de Monfort’s The Secret of the Rosary, which gave historical, spiritual and, you might say, scientific reasons for giving myself entirely to this God who had given his Church such a powerful mother.

32 years later, I am too often guilty of prayers done to “check that box” so I can move on to what’s really important, namely, my to-do list. But despite the times I let go of Mary’s hand, I have never for a moment, since that powerful evening in Caldwell Chapel, stopped believing that the Rosary will save the world because it is the prayer that invokes, through his Mother, the power of the One who has already conquered the world.

The Rosary asks very little of us. It asks as much focus as we can bring to the fifteen minutes that we’re praying. And whatever we have to give is always enough. It’s said that what we give to Jesus through Mary, she places on a fine plate and adorns with decorations so that even if we give her the bruised fruit of our prayer, she makes it beautiful before presenting it to her Son.

That goes for our Rosary, too. We pray it the best we know how at the moment and Our Lady spruces up our efforts, giving them the fullness and dignity worthy of her Divine Son, who transforms them into the power that heals the world.

O my Jesus, forgive us our sins. Save us from the fires of hell. And lead all souls to heaven, especially those most in need of your Mercy.

CLICK TO TWEET
The Rosary asks very little of us. And whatever we have to give is always enough. #catholicmom 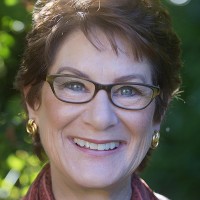 Rose Folsom is founder of VirtueConnection.com, where she helps Catholics get closer to God by discovering how to practice virtues like patience and forgiveness. Join her membership group, Virtue Circle. She’s a convert and Lay Dominican who speaks, blogs, and leads retreats fueled on prayer and York peppermint patties. She and her husband, Fred, live in Silver Spring, Maryland.