My Rosary Story: The Rosary Became Our Lifeline

Encouraged by a friend, Margaret Dwyer Hogan learned to pray the Rosary, which became her family's spiritual lifeline.

While I was raised Catholic and my mother was quietly devoted to the Rosary, I don’t recall ever praying the Rosary as a family or learning any of the Mysteries. It wasn’t until my now-husband finally asked me to marry him, and I moved to the town he grew up in, that I truly discovered the Rosary. Eight weeks after Mike and I were engaged, my nephew, the oldest grandchild in our family, died tragically young on June 1 in a car accident.

Mike and I were supposed to get married in August but we pushed off the wedding to give my sister and parents a chance to get some sort of equilibrium back. The boat continued to rock into December when my dad was diagnosed with prostate cancer. He died the following April and in the following three years, my mom and Mike’s two brothers all dealt with serious illness and none survived. In the first five years of our marriage, we buried five immediate family members.

In the middle of all of this sadness, we gave birth to three beautiful children. Each time we were saying goodbye to someone and caring for them in hospice, we were expecting or welcoming a new little one. It was a lot; it could have suffocated our young family. But along came MaryJo. MJ, as we all affectionately call her, was launching a LifeTeen program at our parish and I volunteered to help on the Core team in honor of my nephew. Our new acquaintance quickly blossomed into a sisterhood.

At every turn that first year of my marriage when life was overwhelming me, she would gently encourage me to learn the Mysteries of the Rosary and pray them daily. I was working at a law firm in Boston part-time, and I put a Rosary card (that MJ had given me) published by Holy Cross Family Ministries above my car visor. Each week I committed to learning one Mystery of the Rosary until I had them all memorized.

Having your dad go through hospice while you are 900 miles away, pregnant with your first child, is not an easy thing, but this kept me grounded – praying for him, praying for my mom and opening myself up to the Holy Spirit helped me handle the situation on both fronts. My husband, who had prayed the Rosary daily in college, also began praying the Rosary during his daily commute to work. The Rosary became our lifeline.

Four years later, when my sweet mom Beatrice was too weak to speak, she looked me straight in the eyes as I prayed the Rosary at her bedside. It was the last time we were together, as I was not able to travel the final six weeks of my pregnancy. I realized in that moment that while learning and praying the Rosary had been my anchor the previous four years, the Blessed Mother was also preparing me as I helped my mom in her final weeks on earth by praying the Rosary with her – something we had never done together in my adult life.

When I left her bedside, I made my older siblings promise me they would pray it with her until she passed – a promise they kept. Our third child was born six days after my mom died, and we named her Grace Mary. At the birth my Hindu obstetrician asked if her name was after the “Hail Mary Full of Grace” prayer – and I said it most certainly was. It was only fitting, after all the Blessed Mother had done for me during this emotional time.

Fast forward to 2013 when we moved our family to Easton, Massachusetts to be closer to my husband's job. What is down the street? The Father Peyton Center, home of Holy Cross Family Ministries! A “Godincidence” as we say at Cursillio for certain – it is a little slice of heaven, complete with daily Rosary followed by Mass with the Holy Cross Fathers. Father Peyton can be felt in this place as we continue his mission to promote Family Rosary.

CLICK TO TWEET
When life was overwhelming me, she would gently encourage me to learn the Mysteries of the Rosary and pray them daily. #catholicmom #myrosarystory 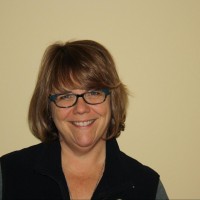 Margaret Dwyer Hogan is a mother of four, married for 20 plus years to Michael Hogan. In 1998 at the gentle invitation of a friend, she learned to pray the mysteries of the Rosary using a card published by Holy Cross Family Ministries. This led to a radical change in her family life. Margaret now promotes devotion to Family Rosary however she can! At CatholicMom.com, Margaret coordinates the Sunday Gospel Activities.