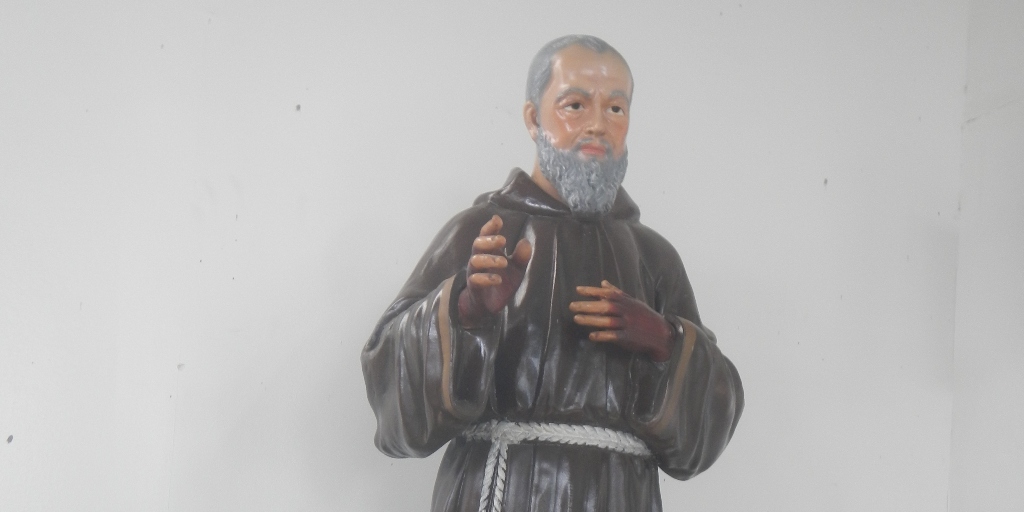 Patti Maguire Armstrong tells the remarkable story of a miraculous healing attributed to the intercession of St. Pio of Pietrelcina.

Paul Walsh was 17 when the car he was driving hit a tree on Chester Pike in suburban Philadelphia on an icy December night in 1983. Not only was his skull shattered, every bone in his face was broken and there was a tear in his brain. Doctors at Crozier Chester Medical Center said he was irreversibly brain damaged and would never regain consciousness. But as the old saying goes, “Never say never.”

On Saturday, May 14, 2005, Paul Walsh received a bachelor’s degree in liberal arts from Neumann College In Aston, PA. The 38-year-old graduate is employed as a full-time health care associate with Elwyn, Inc., a residential day program for the mentally disadvantaged. “I’d like to continue working with mentally disadvantaged persons,” he said at graduation.

Paul has visited the National Centre for Padre Pio in Barto, PA, several times and shared his story there in 2015 and 2017. Here is the story contributed by Susan Brinkmann as part of the collection in Amazing Grace for Survivors.

Paul’s recovery from massive head injuries in 1984 was “unexplained, on a purely medical and scientific basis” said one of the physicians who treated him, Michael Ryan, M.D. In a written statement, he said: “It is my feeling that without the help of the supernatural influence, Paul would today be dead or continue to be in a comatose state.”

Although he recalls little of his four-month ordeal following the accident, his mother, Betty Walsh, remembers every detail, from the moment she got the phone call on the night of the accident. “The nurse told me to come to the hospital right away,” said the mother of ten from Ridley Park, PA. “It was hard to even recognize Paul. His face was so swollen, like a pumpkin, and totally wrapped in bandages. It didn’t look very good, but he did recognize my voice because he moved when he heard me.”

After ten hours of surgery the following day, during which Paul lost four and half times the amount of blood in his body, he was transferred to Crozier-Chester Medical Center where his condition remained critical.

At first, he seemed to be improving and was even talking a little, but there was a suspicious fluid dripping out of his nose. Everyone thought he had a cold and a month went by before doctors discovered the fluid wasn’t from nasal congestion - it was spinal fluid. A CAT scan revealed a tear in Paul’s brain. His condition continued to deteriorate, and he began slipping in and out of consciousness.

Another cat scan revealed his brain were filling with fluid. Doctors prepared him for emergency surgery to put a shunt in his head when they discovered yet another serious complication — he had also developed spinal meningitis.

“At this point, there was no hope,” Betty said. “The ventricles just kept filling with fluid, and it flattened the frontal lobe of his brain which one doctor told me was his whole personality.”

Even though Paul was alive, in essence, he was gone. “They kept saying, ‘You have to stop hoping. He is permanently and irreversibly brain damaged.’”

But Betty was not about to give up on her son, even though she had nine other children at home. “We just decided Paul needed a miracle,” Betty said. “In the end, if Paul didn’t get better, I would accept it, but in the meantime, I was really going to believe I could have a miracle and I would at least pray with faith.”

A woman from St. Madeline’s in Ridley Park, PA, gave her five prayer cards for people who were in the process of beatification and needed a miracle. Every day after Mass, she and her mother would go to the hospital and pray the rosary over Paul, then say the five prayers. “Whenever I came to the Padre Pio prayer, Paul blessed himself, even though he was totally unconscious,” Betty said. 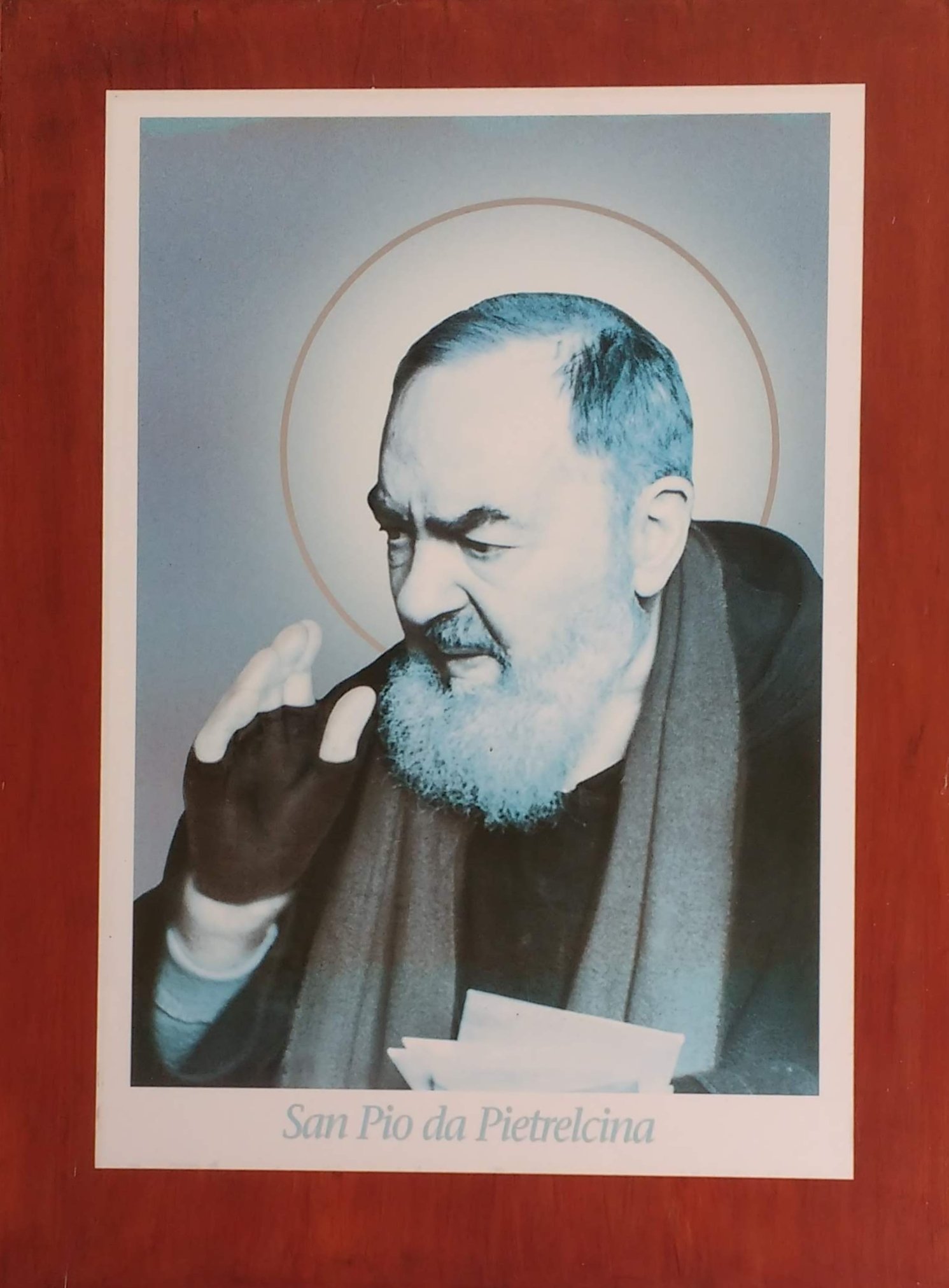 Several people witnessed the phenomenon, including a few nurses. Betty decided to call a local group of Padre Pio devotees and report what was happening. They decided to send someone to the hospital with one of the gloves worn by Padre Pio over the bloody stigmata wounds in his hands. On Monday, March 12, Paul was blessed with the relic and within days, one of his many serious ailments had miraculously vanished.

Betty called the group again and on April 6, 1984, the glove was once again brought to Paul and laid on his head. “I knew immediately something happened because it was like an electric shock went through him,” Betty said. “He opened his eyes and looked around the room, very clear-eyed. Then he fell back into the coma again, but I just knew something had happened.”

She was right. The next day, when she returned to the hospital, she was shocked to find her son sitting in a chair and watching television. He turned and said, “Hi, Mom.”

The nurse rushed in and told Betty: “He’s been talking all day!” When she called the neurosurgeon to tell him Paul Walsh was talking, the doctor said, 'It’s not possible’ and hung up on her.”

But it was true. “They gave Paul another cat scan and all the doctor kept saying was, ‘I don’t believe this. I don’t’ believe this.’ The frontal lobe of his brain wasn’t smashed anymore.”

Even more inexplicable was what happened days later, on Easter Sunday morning when Paul and his roommate woke up to find a man standing at the foot of Paul’s bed. Described as “an old priest in a brown robe,” Paul thought it was Betty’s brother, Charley, who bears a remarkable resemblance to Padre Pio.

I remember being very certain that my Uncle Charley had been in to visit me,” Paul said. “He was very happy and smiled at me. And then he left the room.”

Betty knew it couldn’t have been Charley because he lives in Boston. She folded up a picture of Padre Pio, hiding the name, and showed it to Paul. “That’s who visited me,” he said. “Isn’t that Uncle Charley?” 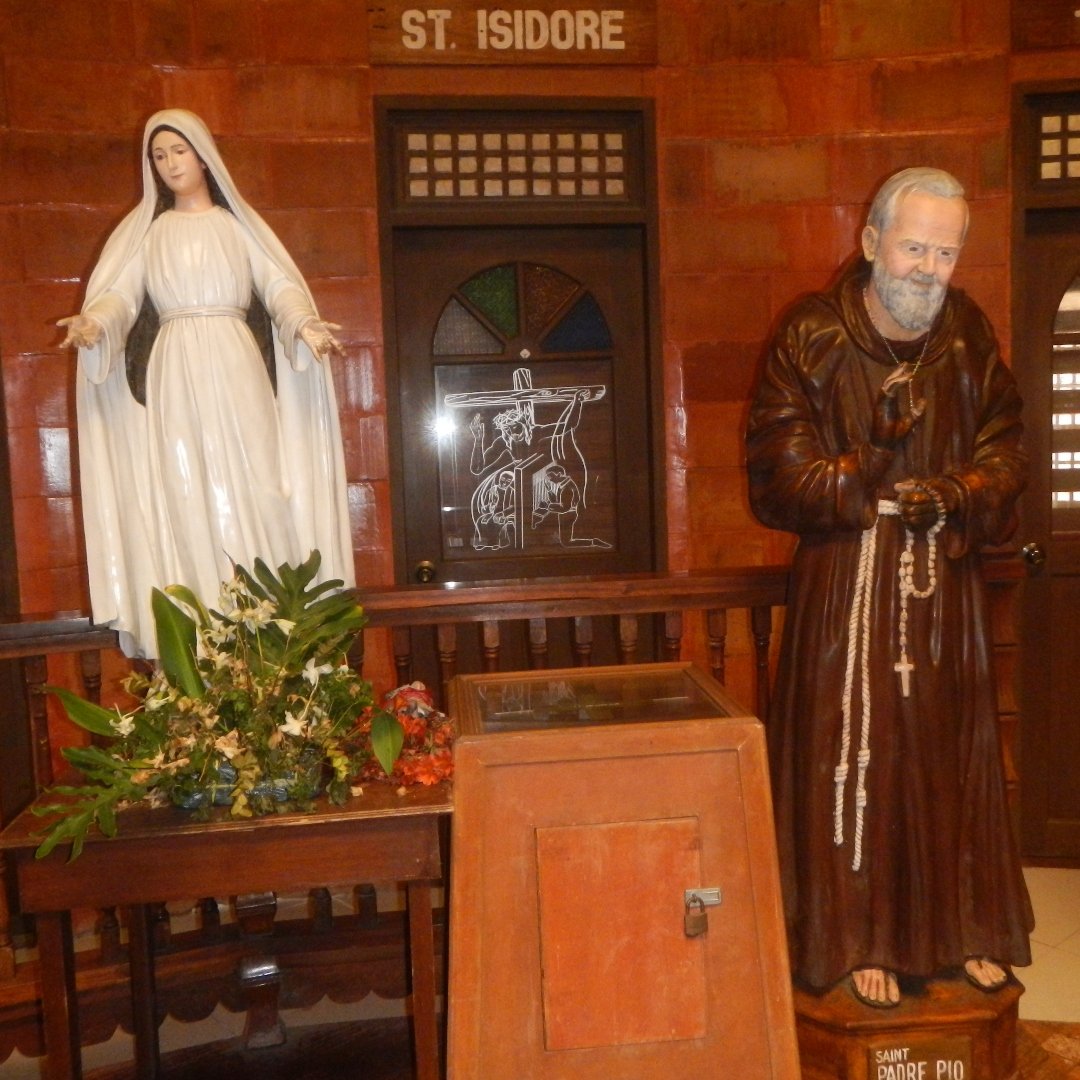 Click to tweet:
“Whenever I came to the Padre Pio prayer, Paul blessed himself, even though he was totally unconscious." #catholicmom

A year after the accident when the family received an unexpected phone call from Bill Rose, who lived on the property where Paul hit the tree.

Rose heard the crash the night of the accident and ran outside to find Paul lying on the ground with his face in the gutter. He knew the person was dying and while someone called for an ambulance, he held Paul’s head up out of the gutter and prayed for his soul. “Within three to five minutes of your son’s accident,” he told Betty, “I dedicated him to Padre Pio.”

To this day, Paul admits he still wonders “why me?” But that doesn’t stop him from telling his story whenever he can. “I’m not doing this for myself,” Paul said. “I want to give other people hope.”