Our Lady of the Pillar: Inspiration for the Difficulties of Life 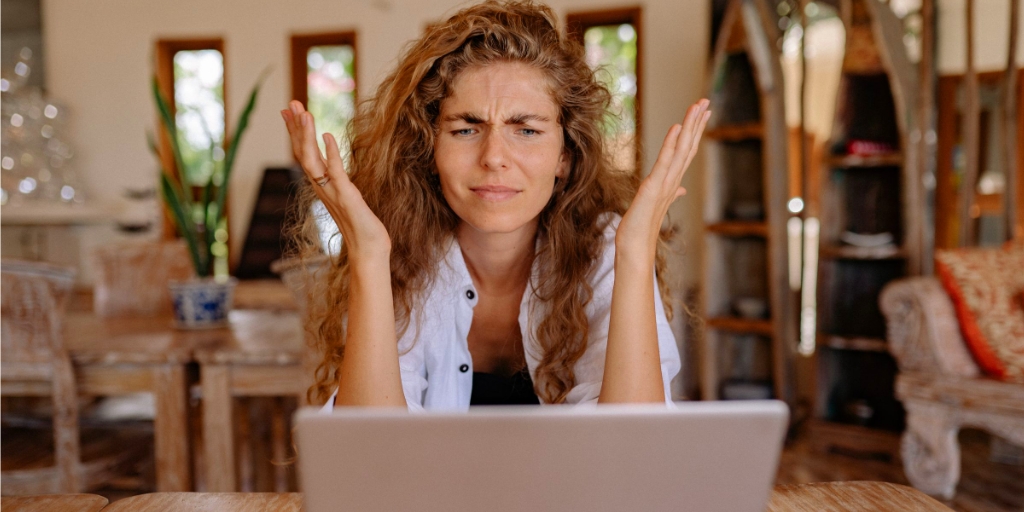 Sometimes, it's all too easy to throw up your hands in despair, but maybe you'll find inspiration in the story of Our Lady of the Pillar, as Sarah Reinhard did.

Have you ever planned what you thought was the greatest Bible study or parish event ever, only to have twelve people show up to join you? Have you ever watched a great idea, flawlessly executed, underwhelm a group of critics? Have you ever used logic to no avail, finding yourself all but stoned and chased away from the group?

In the two decades I’ve been Catholic, I’ve worked with a number of Catholic nonprofits, including a parish. In that time, I’ve experienced a great deal of joy. I’ve found blessings in my inbox and hugs in my office. I’ve learned more about my Catholic faith and been inspired by everyday saints.

But I’ve also felt overwhelming frustration and discouragement, watching attendance falter for big name speakers, hearing stories of being too busy for Mass, and, in general, feeling like I’m wasting my time. On some days, it’s hard not to throw my hands and stomp away, muttering and grumbling all the way. 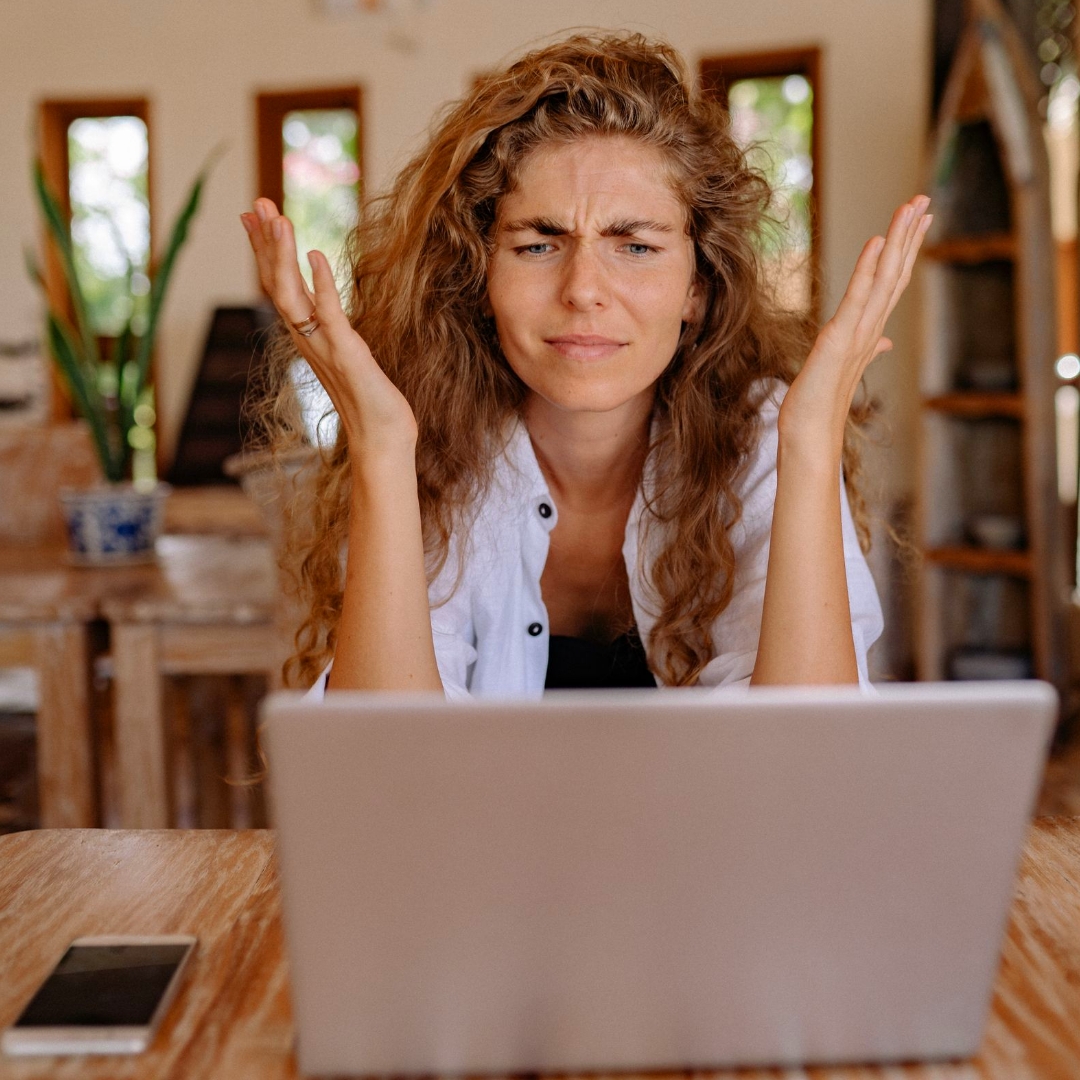 I imagine the Apostles must have felt that way as they traveled to spread the Gospel. The pagans, after all, were probably quite happy with their lives. Why would they want to change? The Christian life wasn’t exactly an easy choice, and in the early days it meant persecution.

Saint James the Greater — he was the first of the two Jameses that Jesus called to be His disciple — had traveled to Caesaraugusta, in modern-day Spain, to evangelize. Imagine the enthusiasm he must have started with, the fire for the Good News, the excitement at sharing it. I wonder if he had trouble sleeping, as I often do before a big event or mission.

And then reality hit.

Maybe the pagans laughed at him at first. The idea of someone rising from the dead, after all, was pretty far-fetched. And then to hear a message about the Savior King teaching humility and service to others as the great virtues, instead of conquering with an army.

Saint James didn’t show up with an impressive array of gold jewelry or rich robes. He had a compelling story and could probably tell it to entertain a crowd, but his message challenged them to a different way of thinking and a different way of living.

I wonder when despair struck Saint James. Was it when he was laughed out of the square for the fiftieth time? Was it when the locals stopped laughing and started more belligerent forms of ridicule? Was it when he thought of the apparent failure and the importance of his message?

Have you ever felt like it was all too much, too big, too hopeless? I find myself overwhelmed more often than I’d like, contemplating the size of the mission I feel entrusted with, whether it’s raising kids or working in the parish or witnessing by my small comments at the hair place in town.

Click to tweet:
Mary won’t -- can’t -- take away the difficult tasks we must do, but she will offer her love to us. All we have to do is look to her. #catholicmom

Saint James must have felt like there was no hope. Maybe he was packing his things and planning the long trip back to Jerusalem.

“You can find someone else, someone who can do this impossible job,” he says in my mind. (Maybe he never got to that point, but I sure have!)

He went to bed, perhaps muttering a prayer for strength and peaceful sleep.

I wonder what his expression was in the morning when Mary appeared? In the first Marian apparition, and the only one to occur before her Assumption, Mary was carried on a cloud by angels to Saint James in Spain. It was a long journey, and during that time, the angels made a small wooden statue of her and a column of jasper. 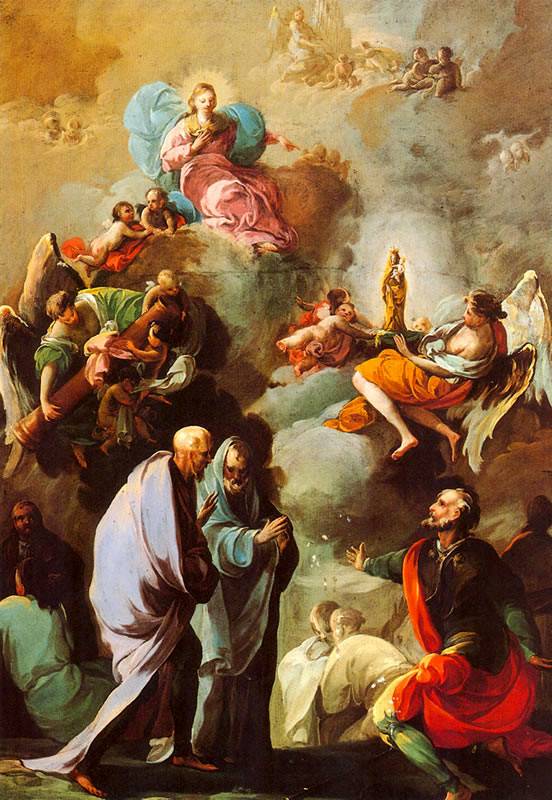 Right after the initial shock, Saint James must have felt huge relief. Here, at last, was proof that he was doing the right thing. Here, finally, was some hope. Here, thankfully, was someone to give him some direction.

Mary didn’t come bearing easy news; she told James to head back to Jerusalem, where he would be martyred. But maybe that wasn’t such terrible news for James. He had been working alone in what must have felt like a fruitless task; could it have been consolation just to see a familiar face, one full of love for him?

She must have been such a welcome sight to James. Did he run to her and hug her? Did he bury his face in her shoulder and sob out his frustrations? Did he find himself immediately encouraged to have her actually there with him?

Mary makes the same promise of encouragement to each of us. She won’t -- can’t -- take away the difficult tasks we must do, but she will offer her love to us. All we have to do is look to her.

In Our Lady of the Pillar, I find inspiration to continue in whatever difficult task I’m facing, from mountains of laundry to piles of email to lack of volunteers. All of a sudden, the challenges aren’t impossible. I’m not alone in the mundane and impractical.

Tech Talk: Magnificat Lenten Companion App
Read
40 Ideas to Get the Most out of Lent
Read
The only thing Lent is about is forgiveness
Read