Sex. Let's Talk About It.

Nicole Johnson shares an open letter to her teenage sons about true masculinity and social pressures.

“Remember, sex before marriage is a sin!” Ah, the six little words given voice from my well-intentioned mother as her three teenage girls hastily left the house for their biannual (and dreaded) trip to the confessional.

“I’m not having sex, mom!” shouts one of my sisters, the validity of her retort somehow less important than the need to avoid discussion around what had always been a bit of a taboo subject in our house.

I have five specific, formative memories of the subject of sex as a young woman. This now chuckle-worthy exchange between my mom and her three daughters is one. The second is advice from a trusted friend. “You should try it,” she casually mentioned one day, “it’s fun.”

The third spans the course of most of my high school years and is the classic drama of guy telling shy girl he’s in love with her, shy girl taking a while to come around and when she does, is left high and dry cuz she’s not even close to being willing to dish out the one thing that “Mr. I Love You” is after. The fourth is sitting in my car with my best friend when she confided in me that her and her boyfriend had “done the deed.”

And the fifth. The fifth brings a confused and vulnerable girl to freshman year of college and the very moment the guy I’d fallen head over heels for looked me in the eye and asked if I had ever slept with anyone. The beautiful memory of the relief in his eyes when I told him “no” and the way my heart leapt when he told me, “same.” 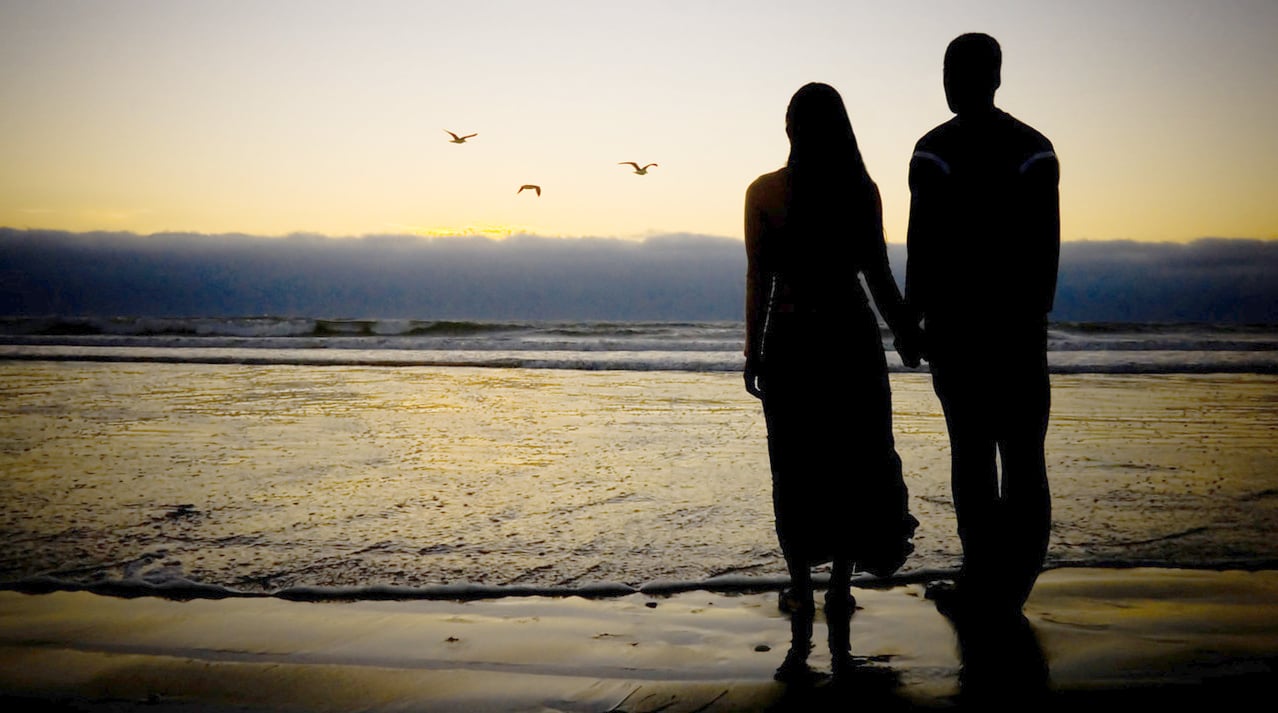 It’s funny to me that I don’t have any memory of a “birds and bees” talk with my parents. I imagine it happened at some point, and maybe I found it uncomfortable enough to file away in the “blocked” folder, but I do know that, generationally, it just wasn’t something that my parents were particularly comfortable discussing. When the word was mentioned, it usually had a more negative – and sinful – connotation to it. No blame being dished here, just the norm of the time. You often repeat what you’ve been taught and I’m guessing my Grammy, who guided three boys through puberty on her own after my grandfather passed far too young, didn’t spend a whole lotta time on the subject. My Nana was a ladies lady. With six children, she knew how it all worked, but I’d hazard a guess there were no tell-all fireside chats on the matter.

At the risk of sounding like Dr. Ruth, I think we can all agree that each person’s trip down puberty lane is a vulnerable one, with either the simplest or most profound moments along the way forcing the end result as if we didn’t have a choice in the matter. As my two teenage boys are in the midst of this journey, I so want them to know – I need them to know – they deserve to know – that there is one choice they will never regret. So here goes nothin’.

CLICK TO TWEET
True masculinity is having the resolve to be a part of swinging the pendulum back the other way; to asking for less skin and more heart. #catholicmom

At your ages of 17 and 19, I fully realize I’m addressing the likes of two oversized walking hormones, but if we could see through the haze of testosterone for a sec and appeal to the young men within, I like to have the floor for a few to dish whatever motherly wisdom I can on the subject of sex. For better or worse, you’ve grown up in a house where all body parts had legit names right from the start and have had a mother who, much to your father’s dismay, has never let the opportunity for a healthy (albeit inappropriate) joke or comment pass me by. Perhaps I’m trying too hard to normalize something that was never freely discussed in my own childhood.

It’s just that I look around at your female peers and so often feel totally heartbroken for them. I’m continually amazed at how far the pendulum of “body positivity” has swung and the resulting liberties taken to expose as much skin as possible. In my old-lady head, I’m constantly wondering why the parents of these young women let them “leave the house looking like that.” I know, cringe-worthy. I’m sorry, but bear with me. Here’s the thing. I realize as the mother of two young men that, if I’m not doing all I can to turn your gaze from what is on the outside and raise you to appreciate and respect all that is on the inside, then I’m part of the problem. I have an immense responsibility – and privilege – of helping you see the true definition of female beauty and the real definition of a strong man.

While scrolling through Instagram, I happened upon the most impactful reflection on women I’ve ever read. If you could take just the slightest detour off raging-hormone lane and park it here for a few minutes, I’d love for you to dissect this with me a bit. Taking the time to really let these words sink in will make every bit of difference in your dating years and will be the greatest gift you can give both your future wives and yourselves.

I would argue that the majority of society’s issues would be resolved if we, men, did two things. One. Recognized more fully the beauty of women. Two. Acted in response to what this beauty deserves. Women are the loveliest beings on the face of the earth. They have a strength and intellect beyond our comprehension and grasp. The response to this feminine genius is authentic masculinity, not the false masculinity fed to us by the world. The world wants to instill within us that the measure of a man is his ability to use women, so our hearts must relearn that the true measure of a man is his ability to uphold women. The immense beauty of women is worthy of immense sacrifice – this beauty is worthy of us laying down our lives without hesitation. (posted by The Culture Project International)

Oh, how I love this. Every word. It is so powerful in the fight against the cultural tide that threatens to pull our children – yes, you my precious boys – in a direction that is self-destructive and hurtful; the tide that ushers in lies of the need for a young man to “sow his oats” before settling down, or for a young woman to give in to whatever is asked of her to hold on to the guy she is certain loves her.

Guys, this isn’t me yelling at you that “sex before marriage is a sin.” I’m not assigning shame or trying to pair sex with guilt. This is me genuinely and wholeheartedly wanting the best for you. This is me hoping somehow you can appreciate just how unique and amazing your marriage can be if you wait to share this gift with your forever person. I can’t tell you how many times I’ve thanked God for the naivete that was so often embarrassing and uncomfortable for me, but in the end, brought me before your father – my forever person – as my one and only.

The world will tell you your strength and identity as a man can be measured in how many women you’ve been with. I mean, not for nothing, but sex sells. Thousands upon thousands profit in one way or another by preying on the lure of feeling good – feeling powerful – feeling admired. I’d like to offer a different take on it. Twenty-six years with your father has taught me again and again that true strength is putting the girl in your life first and your needs last. True masculinity is having the resolve to be a part of swinging the pendulum back the other way; to asking for less skin and more heart.

A few minutes. That’s all I’m asking. Read and re-read this passage. Within these words lies the real truth of the matter. Sit with that for a bit and decide now what it is you want for your future, your marriage, your future wife and for the women along the way that deserve the gift of your true masculinity. I promise you won’t regret it.

Let's Drop the Script and Evangelize from the Heart
Read
Dear Boys: A Lenten Letter to My Sons
Read
Let’s Persevere through Our Lenten Goals
Read