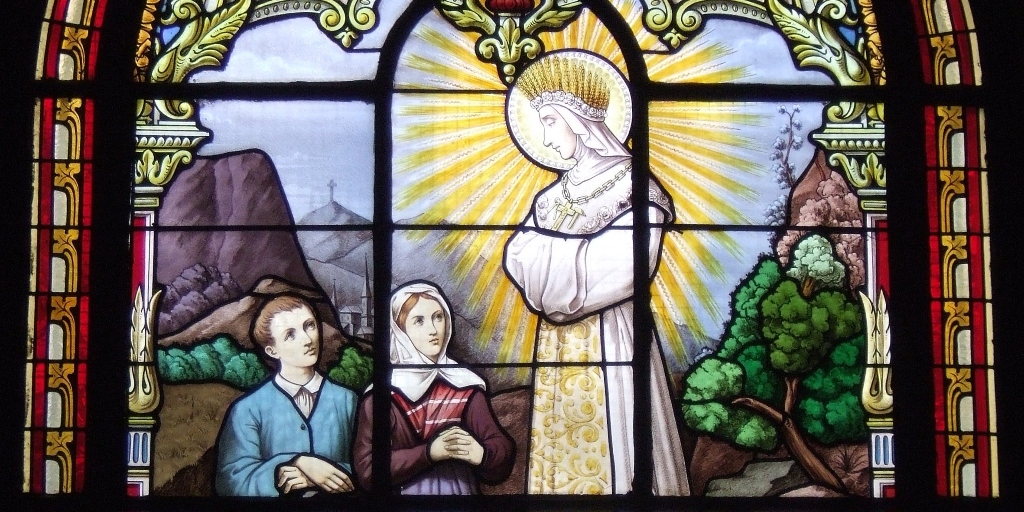 Sarah Reinhard ponders the implications of the message of Our Lady of La Salette for people in our busy modern world.

When the Blessed Mother appeared to two uneducated peasant children in 1846, the word spread quickly. Melanie Calvat and Maximin Giraud were just the kids down the path, no one special.

Or that’s what everyone thought.

A taste of Paradise

It was about 3:00 on September 19, 1846, the feast of Our Lady of Sorrows, in the mountain meadow in the parish of La Salette, France. Melanie, age 15, and Maximin, 11, were watching their cow-herds together.

They had become acquainted the day before, and after a small lunch, they began to play “Paradise,” a game of Melanie’s invention. It involved gathering stones together and decorating the resulting “house” with many flowers of different colors.

They worked themselves all the way to sleepiness so that, a few feet from their “house,” they curled up on the grass for a nap.

When they woke up, Melanie noticed that the cows had wandered off. She couldn’t see them, so they both climbed up on the hill beside their “Paradise” to find them. While they were there, a bright light—“shining more brightly than the sun,” Melanie later wrote—caught their attention.

The light was coming from a beautiful lady, on top of their “Paradise.” She was dressed in a white cloak with a yellow apron, with a crown and shoes decorated with many-colored roses. She wore a crucifix around her neck, with a hammer and pliers on each end of the cross-bar.

The lady’s beauty was compelling, and so were the tears streaming down her face.

When the children hesitated, the lady invited them to come closer, speaking at first in French. Melanie and Maximin were illiterate peasant children, and they were much more comfortable speaking the local dialect. Soon after telling them, “I am here to tell you great news,” the lady switched to this dialect.

The lady’s tears were a result of her Son’s anger. He was angry about people’s swearing, specifically using God’s name in vain; their working on Sundays and violating the day of rest; and the widespread disobedience of God’s laws.

She told the children that she could not hold off her Son’s hand much longer, and that repentance in the form of confession, prayer, and penance were the only things that could stop his anger from taking action.

By now, Melanie and Maximin knew that they were speaking with Mary, Jesus’ own mother. She gave each of the children a secret of their own, which the other could not hear, with instructions as to when and how they could be shared.

Before disappearing, Mary asked the children to spread her message. They returned home and told their incredible tale, and it was put in writing the next day. 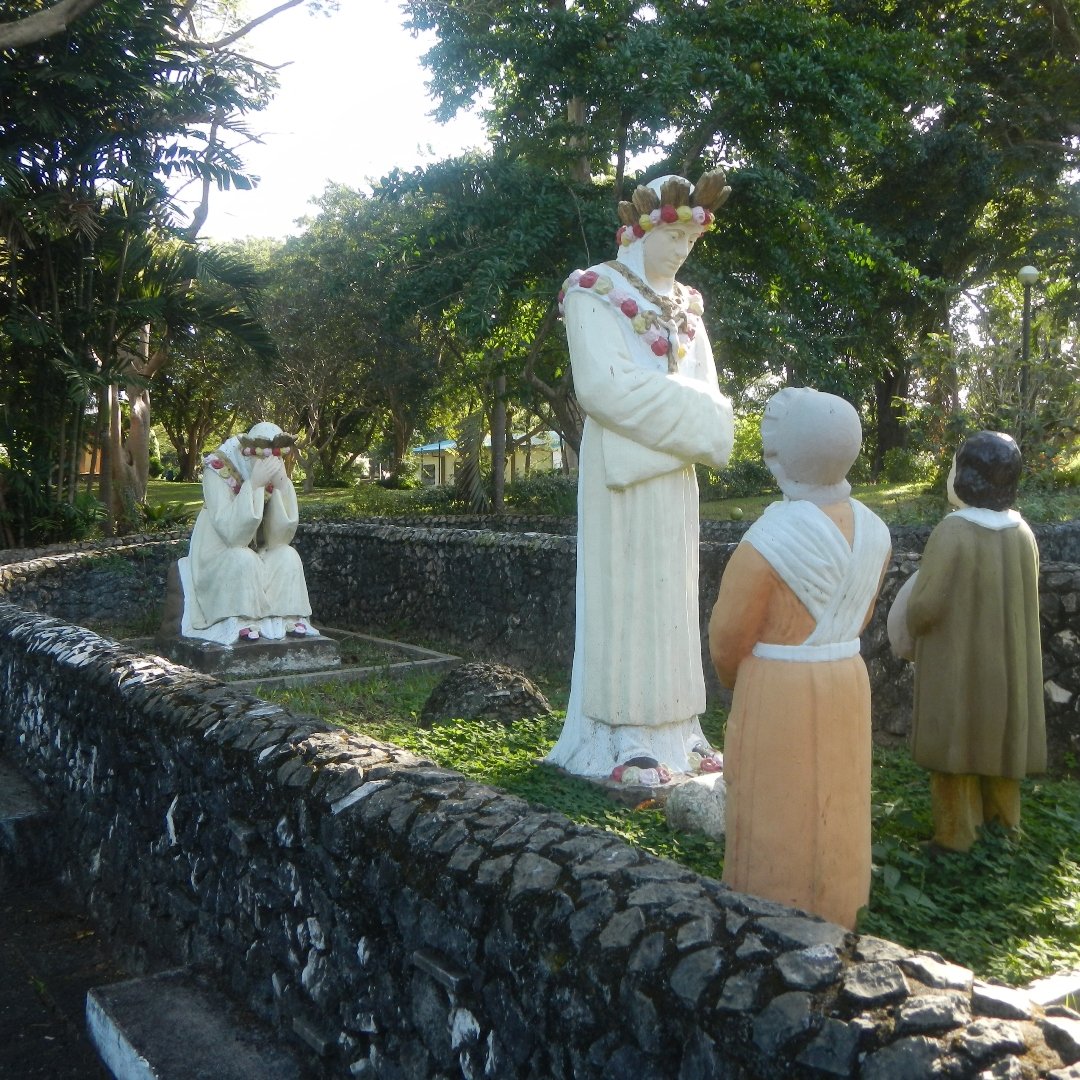 It didn’t take long for the word to spread. La Salette was, after all, a small town, and this was a miraculous apparition.

The Church officials were very cautious, and, in some cases, downright cantankerous, opposing devotion to this vision of Mary and questioning it from every angle. In July 1847, not quite a year after the apparition, the detailed investigation began, including eight conferences of questioning and debate.

There is still some lingering controversy, though in July 1851, the apparition was officially approved, under the title Our Lady of La Salette, in a pastoral letter by the diocesan bishop.

During the investigation, both Melanie and Maximin wrote their secrets and sent them to Pope Pius IX, where they remain in the Vatican secret archives.

Melanie released an extended version of her secret in 1858, when she had been told by Mary that she could make her secret public. This extended account was sent by courier to Pope Pius IX and is lost; it was reproduced in 1860 and distributed. This is the source of controversy for the La Salette apparition.

Over the years, the text of Melanie’s secret changed a bit: It gained some extra details and seemed to be embellished.

In the later and longer versions of the secret, it’s clear that the secret is not exactly the same as it was when it was sent to Pius IX in 1851, but it’s also obvious that the later editions logically elaborate the shortened, abstract statements Melanie initially made.

In the opinion of wise and prudent observers, there’s a distinction between the two Melanies. There was the innocent and simple girl of 1846 and the visionary of 1879, influenced by reading apocalyptic books and lives of illuminati.

Maximin’s secret was never published widely, though in 1866, he wrote a rebuttal of allegations against the La Salette apparition. Maximin’s secret was shorter and less terrifying than Melanie’s secret. Mary predicted in each version that a number of apocalyptic things would occur.

Mary’s language was prophetic, and that, together with the painful truths she revealed and the punishment she predicted, inspired many people to conversion.

The miracles at La Salette started when Melanie and Maximin were taken back to the site of the apparition during interrogations from the local authorities. A man in the group broke off a piece of the rock the Virgin Mary had been on, and revealed a spring.

Twenty-three cures were later accredited to that spring in the first year after the apparition. Since then, hundreds of additional miraculous cures have been reported.

Click to tweet:
It’s easy to overlook the simple message Our Lady of La Salette has for all of us: We should be in prayer morning and night. #catholicmom 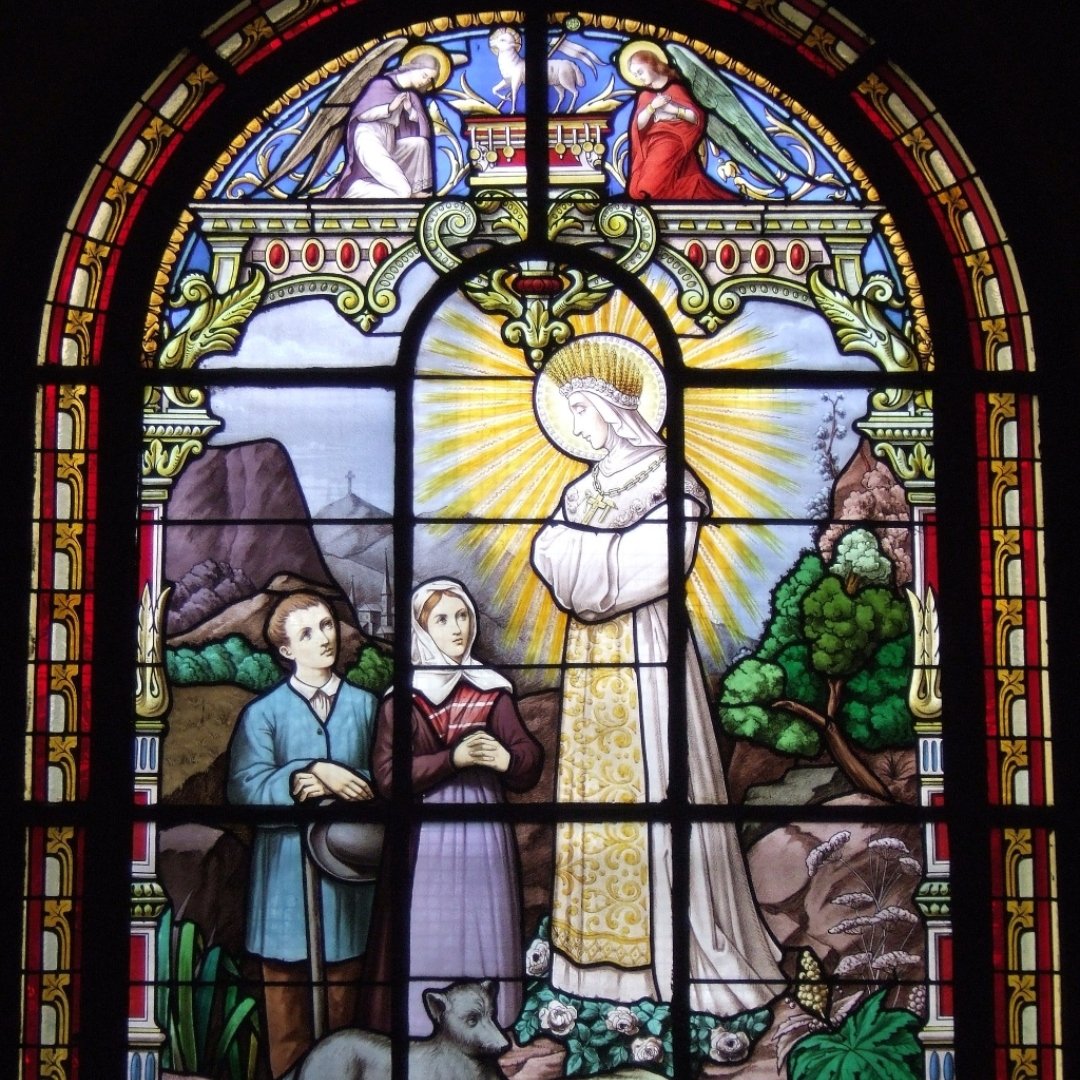 The message for us

In all the drama of controversy, it’s easy to overlook the simple message Our Lady of La Salette has for all of us: We should be in prayer morning and night.

This is easier said than done in our hustle and bustle society. Perhaps she knew that people like me, bearing the burden of busy, would roll our eyes at the idea of continual prayer.

“When will I get my work done?” I imagine myself asking her.

“Just say an Our Father and a Hail Mary, dear,” she replies through the La Salette apparition.

Though it’s currently home to only 200 people, La Salette remains a pilgrimage destination. Our Lady of La Salette appeared to a couple of small town nobodies, and she fanned the flame of controversy with the difficult message she brought.

At the heart of it, though, was a call to conversion.

Mary leads us, always, to Jesus, and in this instance she was no different. At La Salette, France, Mary called all of us back to the fold from our sins, back to the arms of God, back to the glory of heaven. We can choose not to go, because free will remains ours to use.

At La Salette, Mary also tells us, just as any loving mother would, of the consequences we’ll face.

Our Lady of La Salette, pray for us.

The Sword That Pierces the Soul
Read
Life in a Diamond Castle with Our Lady of Liesse
Read
Our Lady of Sorrows: Our Guide for Lent
Read