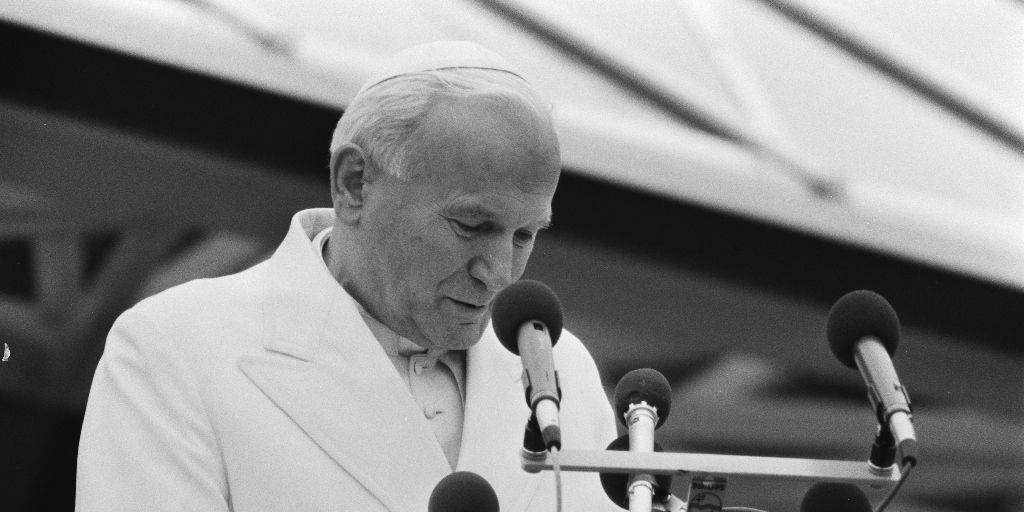 Tina Mayeux recalls the faith and courage of St. John Paul II and reminds us to ask his intercession for peace in the world and in our lives.

St. John Paul II made more than 100 trips to various locations around the world during his 26-year pontificate. I remember a story I heard about the saintly “Pilgrim Pope” during one of his numerous voyages during which the crew encountered a minor issue with the aircraft while in flight. While the passengers and crew became worried and agitated, the Holy Father calmly continued praying at his seat, as he was accustomed to doing. When the issue was resolved and he was asked about the issue, he calmy and confidently indicated that he had no idea about it. Instead of fretting about the danger, the holy pontiff was so immersed in prayer that he took no notice of the problem, or else, his prayers obtained the solution and guided the passengers safely to the ground.

On a recent flight to visit my sisters three states away, I found myself feeling a bit like the passengers and crew did aboard the pope’s flight in the story. It had been many years since I traveled alone without my family, and I was feeling apprehensive as we took off from the airport. I thought of St. John Paull II and the focus on Jesus and complete trust in God that he must have had while circling the globe by plane all those years of his pontificate. I asked his intercession to help me maintain my peace during the flight and to increase my courage and trust. I asked him to help me to be as calm and courageous as he was while on that difficult flight years ago.

St. John Paul II died on April 2, 2005. Those of us who were young Catholics during his pontificate remember his great influence and the joy and enthusiasm he brought to the Faith. As we remember him this month, 17 years after his death, we should recall his encouragement to “be not afraid” as we face new and difficult challenges in our personal lives and in the world we live in. 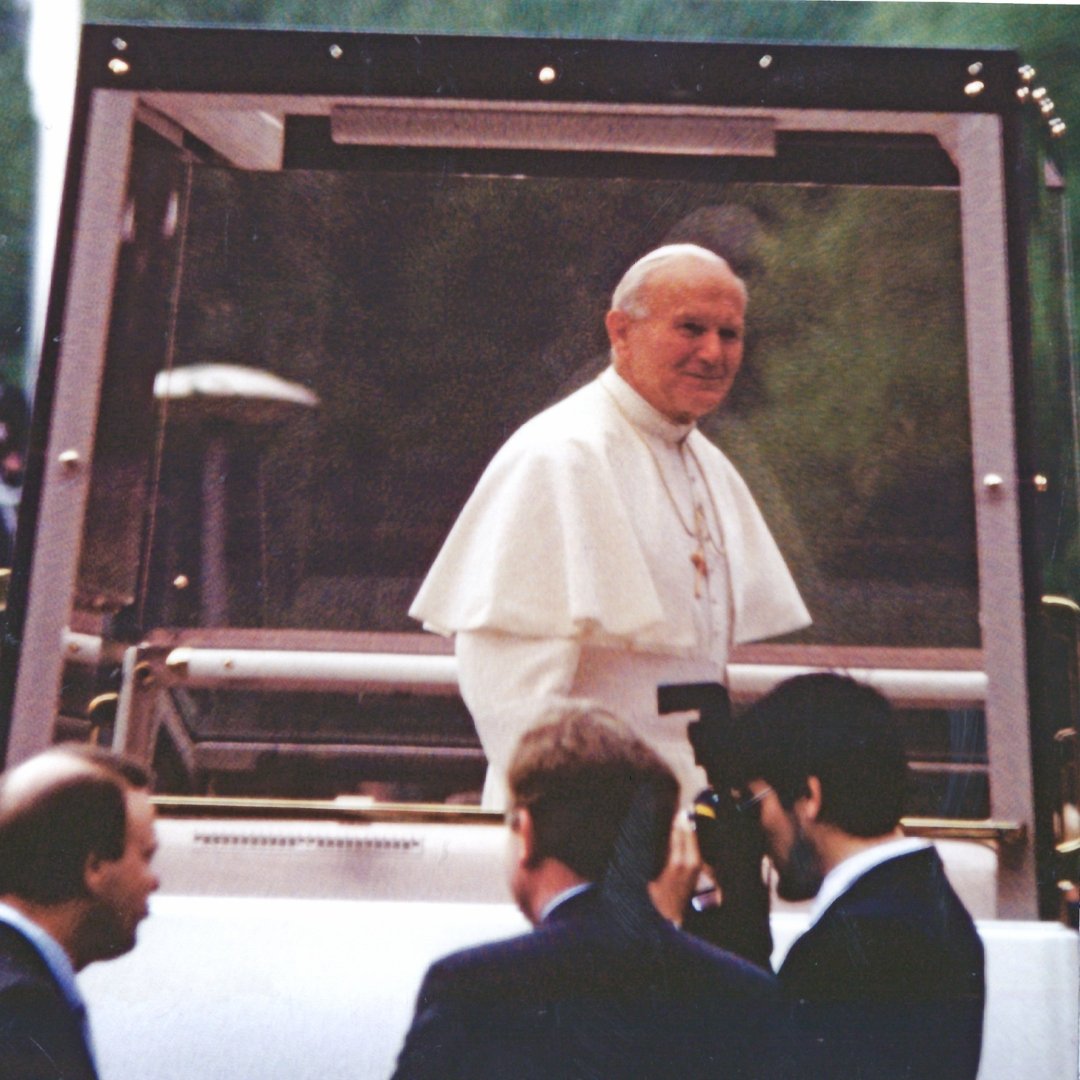 During these turbulent times, we can look to the great St. John Paull II to rediscover and reclaim the enthusiasm, conviction, and joy that he so wonderfully demonstrated during his life and especially during his 26 years as Pope. With the invasion of Russian forces into Ukraine in February which began a devastating conflict, Catholics around the world have prayed for peace in the region. When praying for an end to this war, we can remember St. John Paul II, his tremendous strength and leadership as he stood up to the advance of Communism in Poland, and his role in the collapse of the Soviet Union. He recognized that the conflict between communism and the rest of the world was primarily and fundamentally a spiritual battle that could be won be reminding people of their inherent dignity in God’s eyes. He also articulated that we, as God’s children, were meant for freedom through peaceful means rather than through war.

Click to tweet:
We can imitate our beloved St. John Paul II today in a spirit of trustful dependence on Mary. #catholicmom

When thinking of this great saint, we can’t fail to remember his trust in Mary, the Mother of God. His papal motto, “Totus Tuus,” taken from the classic True Devotion to Mary by another great Marian saint whose feast is approaching on April 28, St. Louis de Montfort. In True Devotion, de Montfort writes of Mary, “Totus tuus ego sum et omnia mea tua sunt,” or, “I am totally yours and all that I have is yours.” This total devotion and consecration to Mary is, according to de Montfort, the best and surest way to heaven because it conforms us most closely to Christ.

We can imitate our beloved St. John Paul II today in a spirit of trustful dependence on Mary to bring us closer to her Son Jesus and ask her to bring about peace in our turbulent world that is so desperate for Him. We can also ask her intercession to assist us in the ups and downs of our own personal situations, helping us to weather any storm that we might encounter, knowing that she never fails to answer when her children call upon her. 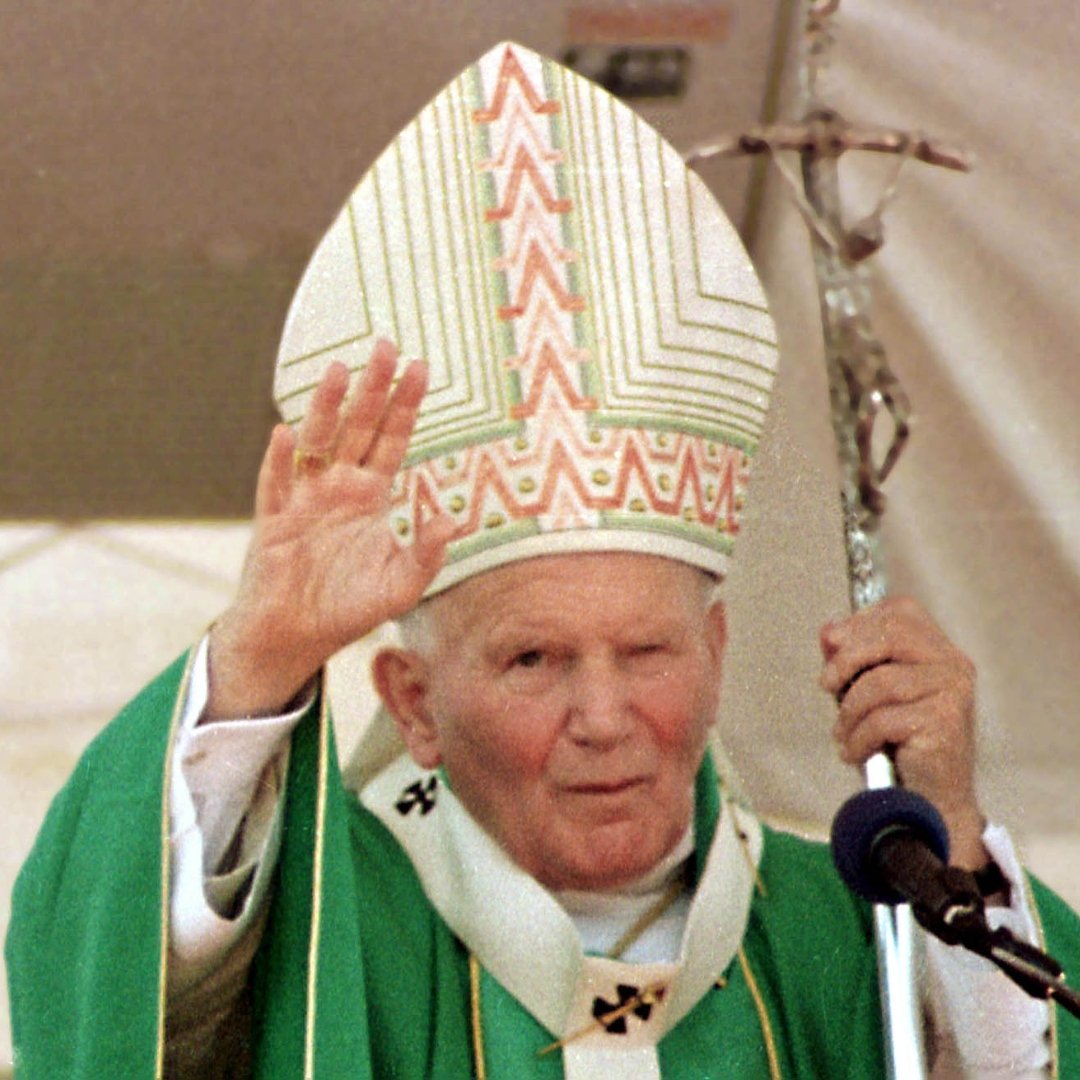 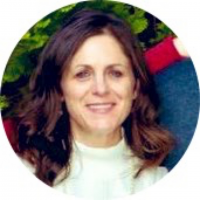 Tina Mayeux is a freelance writer and the wife of Jude and mother to three girls. She is a transplant to Mobile, Alabama, from South Louisiana who enjoys cooking, writing, and exercising in her spare time. You can find her blog at Diary of a Domestic Church.

Three Practical Ways to Bring Rest into a Busy Day
Read
Can I Have One Too?
Read
Revelation in the Repetition
Read