STYLE Savvy: STYLE-ing My Way Through a Closet Quest 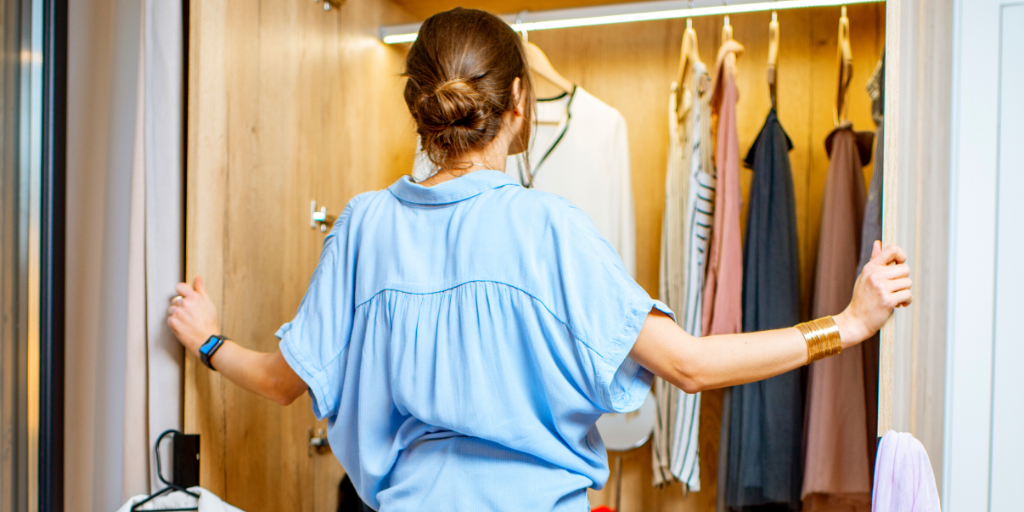 Lisa Hess walks through the process of a successful closet cleanout.

A few weekends ago, I opened a cupboard in our downstairs hallway to get something and something else—I don’t remember what—fell on the floor. Mind you this was not a Fibber McGee closet packed to the gills in a haphazard fashion. It was organized—to some extent—but my drop-and-run style had begun to contribute to its deterioration.

So, I decided to straighten up a little. You know how that goes. I started by pulling out the things that weren't where they belonged, then began to dig deeper.

My quest had begun.

Before I knew it, I had the contents of nearly half the closet spread out on my dining-room table. Once I could see everything that had been stashed behind closed doors, I began to put the items into categories. Then I raided the container stash in my basement and selected the ones that both fit the space and were the right size for the things I needed to store.

Several hours later, I had reconfigured about half of the closet (the organizational systems in the other half were still working). I tossed a bunch of stuff I no longer needed, moved infrequently used items things out of this particular prime real estate into new locations, and updated the plan for the space based on what it now needed to hold. 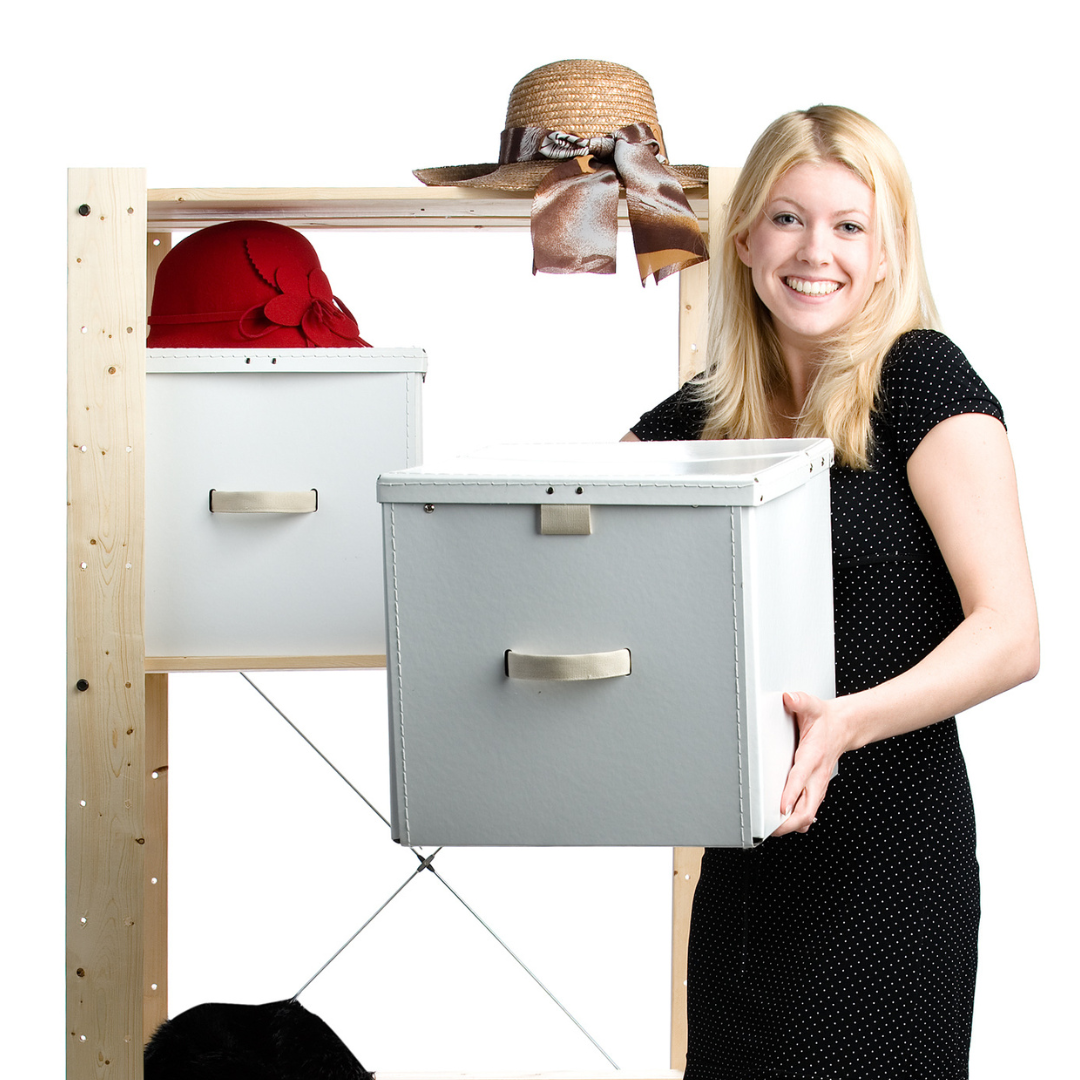 STYLE in action. Here’s the summary.

Start with Successes: I began by leaving the things that were working alone. This kept the task manageable. Besides, there was no reason to start from scratch when some of the systems were doing their job. That made it easier to...

Take small steps toward improving the space, and then...

Let it go! Laying everything out and sorting by category made it clear what belonged and what didn't. That made it easier to remove anything that didn't need to be in prime real estate and toss any duplicates, outdated/expired items, and things that I no longer needed. Then, I could fix the issues and say,

"Yes, it has a home!" for everything in the closet. Most of what I removed from the closet at the outset needed a designated spot, and some of the things stored in that location no longer needed to be there. Letting go of the latter made room for the former, and adding new containers made the whole thing work. And that brought me to...

Easy upkeep. The prize at the end of the process.

I love the changes I've made. Not only does everything look better, but it's easier to find things and just opening the closet doors makes me smile. And the best part?

Nothing falls on the floor when I open the door. 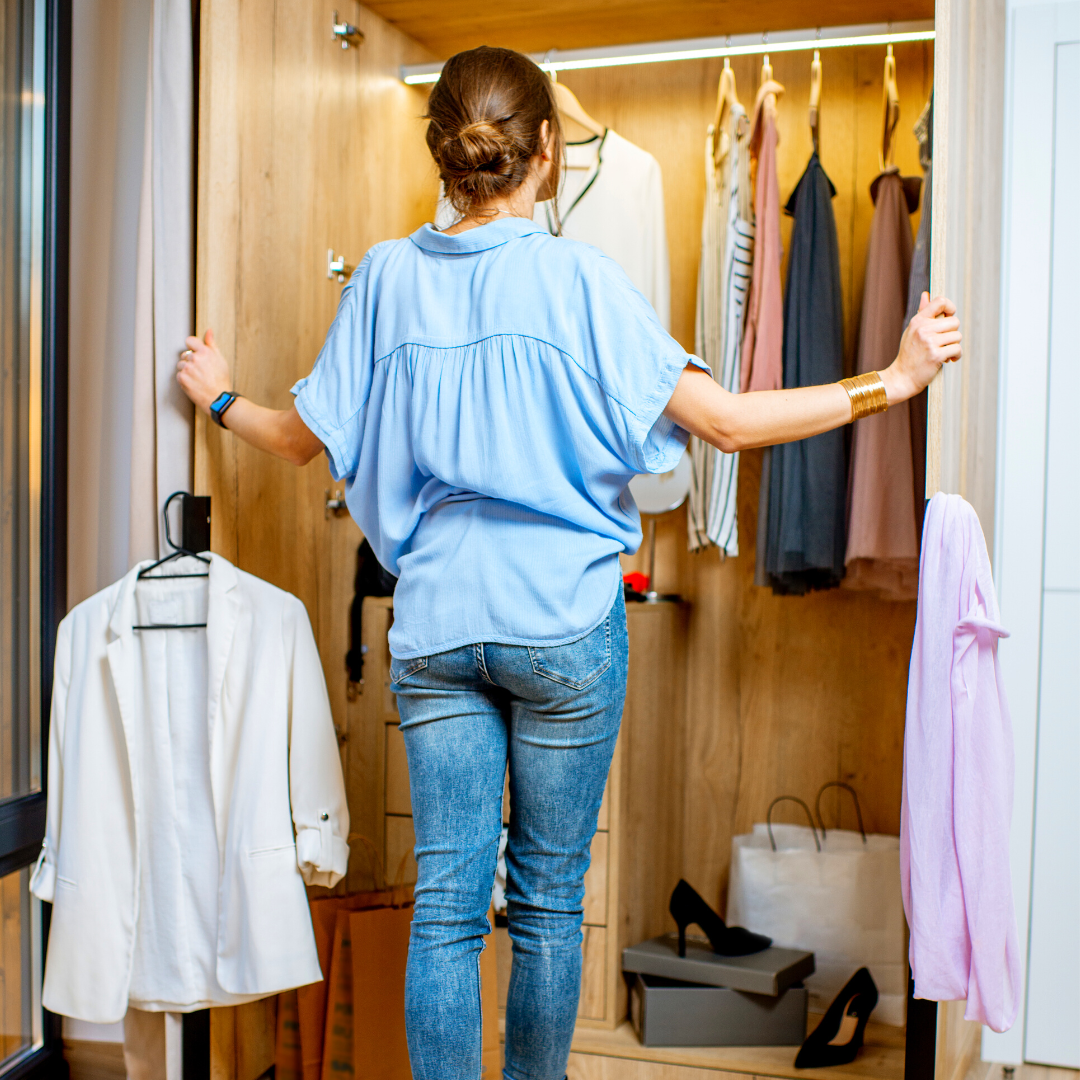