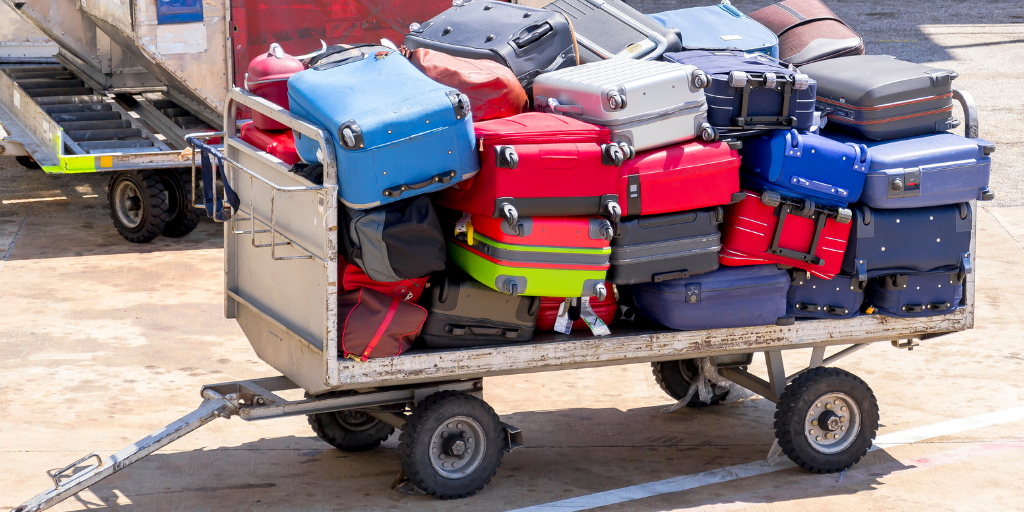 What happens when blessings come in bunches and threaten to overwhelm? Roxane Salonen shares her thoughts.

I woke up this morning from a stressful dream. I was at the airport, trying to gather my luggage to make my flight. An attendant with a cart had come to my rescue. As we began piling my suitcases onto his cart, they started multiplying. He could barely fit them all on. At some point, as I was grabbing yet another suitcase that seemed to appear out of nowhere, I noticed him scooting away and toward the gate with the cart, eventually disappearing from sight. I was now alone, with more baggage to be added. 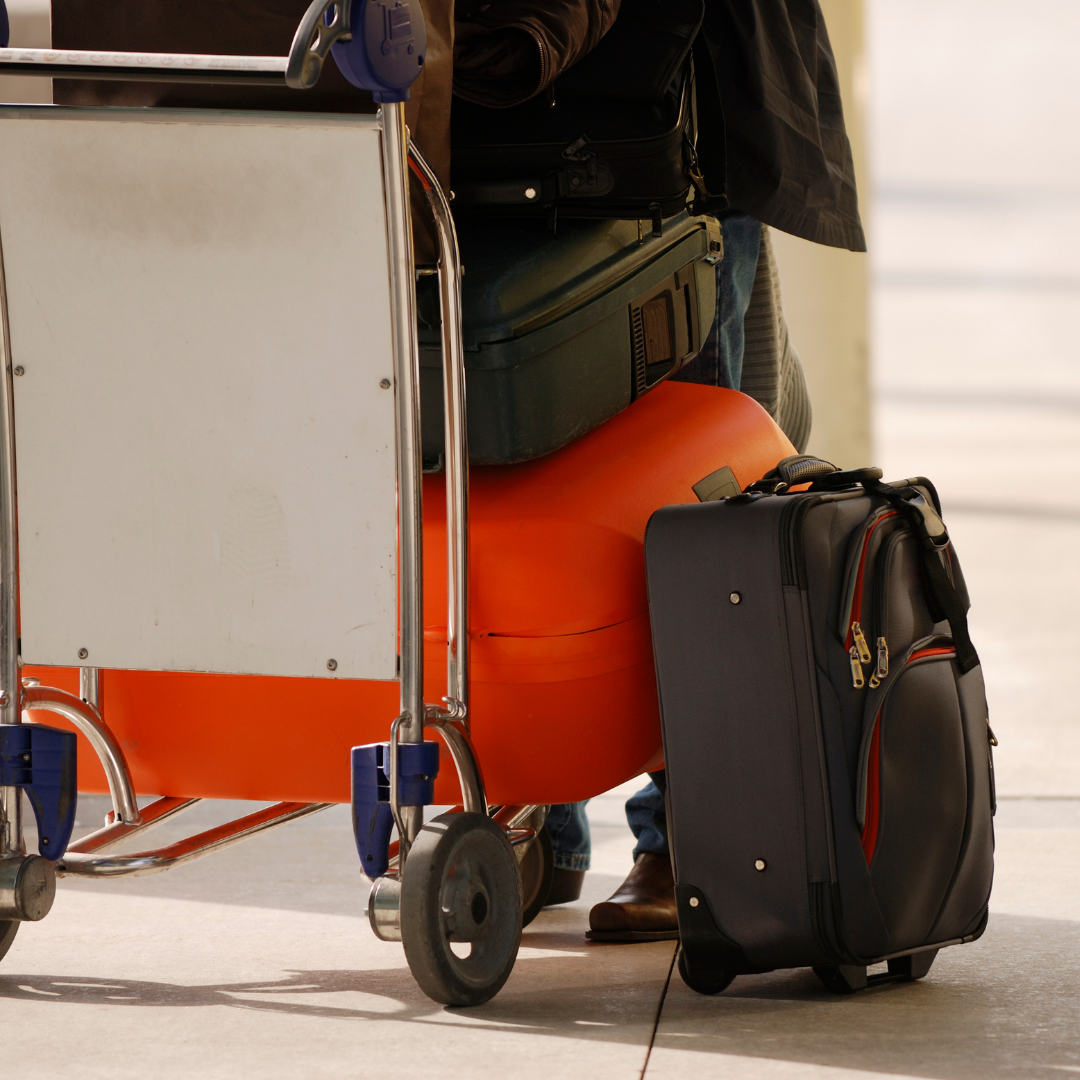 As I scrambled to get everything together, knowing my flight would leave soon, I realized the bag with my billfold and boarding pass was missing. Now what? I had to get going so I headed toward the gate with whatever I could carry. But which gate? “It’s that way,” a guest assistant said, waving me in a certain direction. So off I went, still not knowing my gate number.

Waking up suddenly, I couldn’t shake the feeling of overwhelm I’d just experienced in my dream. But as the day continued, I began to sense the symbolism of the dream in light of current circumstances.

I am carrying a lot of “baggage” right now, though it’s not shaped like a suitcase. The baggage of which I speak is mostly made up of blessings. So why the stress? It’s all about the timing and accumulation, it seems, just like in my dream.

Back in 2005, my first two children’s books, written years apart, came out within six months of each other, and in between, our fifth child was born. I have long wished that those three amazing events could have been more spread out so I could have savored each one more fully.

Last year, it happened again. A long-awaited book contract, along with our middle son’s Eagle Scout Court of Honor event, graduation party, and prom, all converged. Each was an incredible blessing, but required a lot of me. In the same timeframe, I helped my sister plan an 80th birthday party for my mom, which had been delayed because of the spring events.

“Why all at once, Lord?” I lamented, feeling like I was going to crash and burn.

The same month as the birthday party, we learned of our oldest daughter’s engagement—the first in our family of five children. I was glad to know the date she’d chosen would not be the same month as our book’s release. Eventually, however, we learned that due to production issues, they’d likely coincide after all.

And then, this weekend, we learned of a second child’s engagement, which was thrilling, of course! But when a summer 2022 date was announced as a possibility, the knot in my stomach announced itself, too. It had nothing to do with the wonderful news, and everything to do with the situation I’ve described above. 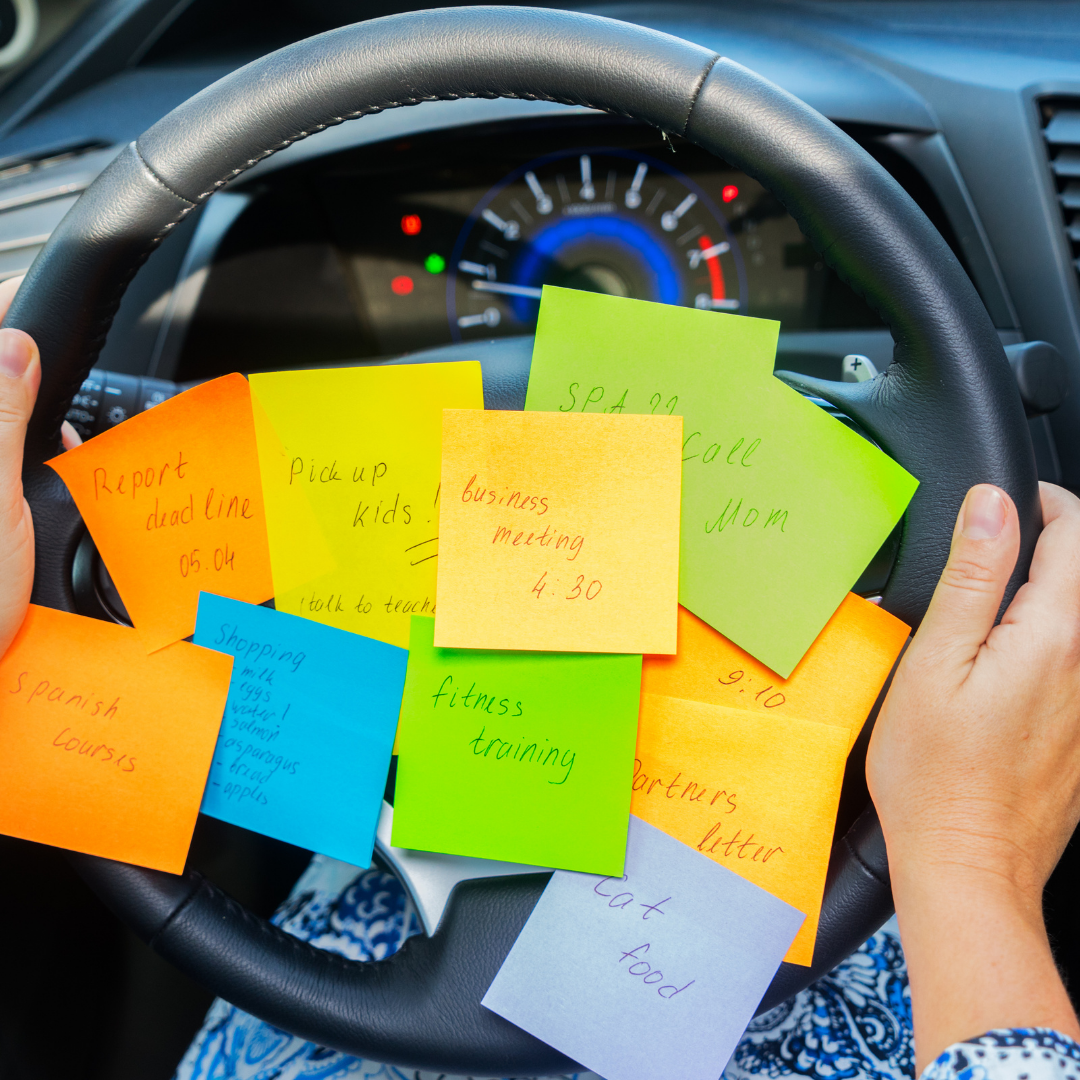 I’m naming these convergences of good things “the Blessing Trifecta.” Just as bad news seems to come in threes, so do blessings, at least in our family. Let me assure you, the blessings are definitely that. But when they converge in time, the daunting feeling of being unable to manage it all seems to converge within me, too.

My counselor helped me zero in on the problem. As much as I believe in the words trust and surrender, which I have promoted to so many in recent years, I obviously have not yet enacted them fully myself.

“Is it possible God is allowing this so that you will rely on Him more, and not on yourself?” she offered. I had to admit, that was a good possibility. Maybe I was feeling more responsible for these blessings unfolding rightly than needed. Perhaps deep down, the perfect wedding and book launch were not for me to take on. Maybe, instead, God is just asking me to show up, receive the blessings, and let Him do the bulk of the work.

My dream showed me I’m still struggling in sorting it all out. But in morning light, I can choose to return to calm through prayer and an intentional attempt at a fuller reliance on the only One equipped to manage the Blessing Trifecta well.

Click to tweet:
Maybe God is just asking me to show up, receive the blessings, and let Him do the bulk of the work. #catholicmom

At Adoration last night, as I came upon these words of St. Elizabeth of the Trinity in The Magnificat, “Let yourself be loved,” I could feel myself letting go of unrealistic expectations I’d placed on myself. I basked in those words, understanding they were a key to my dilemma of feeling overwhelmed.

And then, while reading the Litany of Trust, I paused here: “Deliver me, Jesus, from the fear of being asked to give more than I have.” Oh wow, that one felt real. I had been allowing myself to feel that I would not be equipped; that I would not be able to properly savor these upcoming blessings, which would collide timewise. But I’d forgotten about what God can do, and where He is meant to take over, and I am meant to step aside.

I still don’t know how exactly I’ll manage this latest Blessing Trifecta, but I have renewed confidence that I will. Though I might not wear my role in each situation perfectly, it doesn’t matter, because that was never my job in the first place.

Thank you, Lord, for your beautiful blessings, even when they do not come timed in a way that makes sense to me. You always know better. And you are enough.

Q: Where do you need to step aside and “let God?”