The Cross, Our Only Hope

Fr. Willy Raymond, C.S.C. discusses the priority and power of the Cross and the Rosary, and the hope that Christ's Cross calls us to share.

This brief reflection contains three moments: First, the priority of the Cross of Christ in one man’s life; second, the Rosary as a powerful tool to know Christ and His Cross; and third, the great hope His Cross calls us to share.

Biographers describe Pope John Paul II’s father as a man of rock-solid integrity and profound Catholic faith. His equally devout wife, Emilia, heard her doctor advise her to have an abortion because this difficult pregnancy put her life in jeopardy. She refused and gave birth to a healthy baby, Karol Wojtyla, 100 years ago.

This baby endured his first cross when his dear mother died one week before his ninth birthday. His second cross arrived when his beloved older brother Edmund, a medical doctor, died from typhoid contracted from patients he was treating.

Suddenly, young Karol was left alone in the world with his father. During these years, the father impressed upon him the absolute priority of faith in Jesus Christ. When his father died suddenly in his early sixties, Karol Wojtyla was suddenly alone in the world at age 20. However, he was equipped with a rock-solid faith in God and our Lord Jesus Christ. This faith led him to adopt as his lifelong motto: Totus Tuus, all for you. The ‘you’ in this case is the Mother of God, Mary, now his Mother. He had to embrace other crosses as well: the Nazi invasion and occupation of Poland in World War II, followed by the Soviet invasion and oppression that was to last from 1946 to 1989.

There is little doubt that the crosses and losses he endured defined and shaped the charismatic character of the man who became pope in 1978, the first non-Italian in 450 years, and the first Slavic pope in history. He served almost 27 years in the Chair of Peter and became the towering figure of the late 20th century, the post-Vatican II Church and world.

When he was elected pope in 1978, he declared, “The Rosary is my favorite prayer.” In 2002 he stunned the Catholic world with a pastoral letter on the Rosary of the Blessed Virgin Mary proposing five new Luminous Mysteries centered on the public ministry of Jesus. Many Catholics who had abandoned the Rosary, now gave it a second try because of the robust encouragement of John Paul II. I count myself among them. The pope’s letter gave renewed theological, scriptural, and spiritual depth to the understanding of the Rosary as a contemplative, Christ-centered, Scripture-based prayer. Calling it the School of Mary, he offered that the Rosary allows one to know Christ up close through the eyes of his Mother Mary, who knew him best and loved him most on this earth. He even quoted Venerable Patrick Peyton’s famous phrase, “The family that prays together stays together.”

With the recent pandemic and lockdown, Pope Francis, many bishops, and other Church leaders have encouraged us to pray the Rosary when we can not engage in public worship and the Eucharist. It seems at times that the whole Catholic world is turning to the Rosary.

Without doubt, the coronavirus pandemic, the unemployment and economic dislocation of recent months, the fear and uncertainly, the isolation and loneliness, even the concerns about the racism leading to mass protests are all crosses. These are crosses that most of us must embrace and carry in the months to come.

There is good news here among the crosses we must carry. In Holy Cross, we have a saying from our founder Blessed Basil Moreau: “O Crux, Ave, Spes Unica!” Hail the Cross, Our Only Hope. Holy Cross has this beautiful reflection on the Cross and Hope:

“But we do not grieve as men {people} without hope, for Christ the Lord has risen to die no more. He has taken us into the mystery and grace of this life that springs from death. If we, like him, encounter and accept suffering in our discipleship, we will move without awkwardness among others who suffer. We must be men {and women} with hope to bring. There is no failure the Lord’s love cannot reverse, no humiliation He cannot exchange for blessing, no anger He cannot dissolve, no routine He cannot transfigure. All is swallowed up in victory. He has nothing but gifts to offer. It remains only for us to find how even the cross can be borne as a gift.” 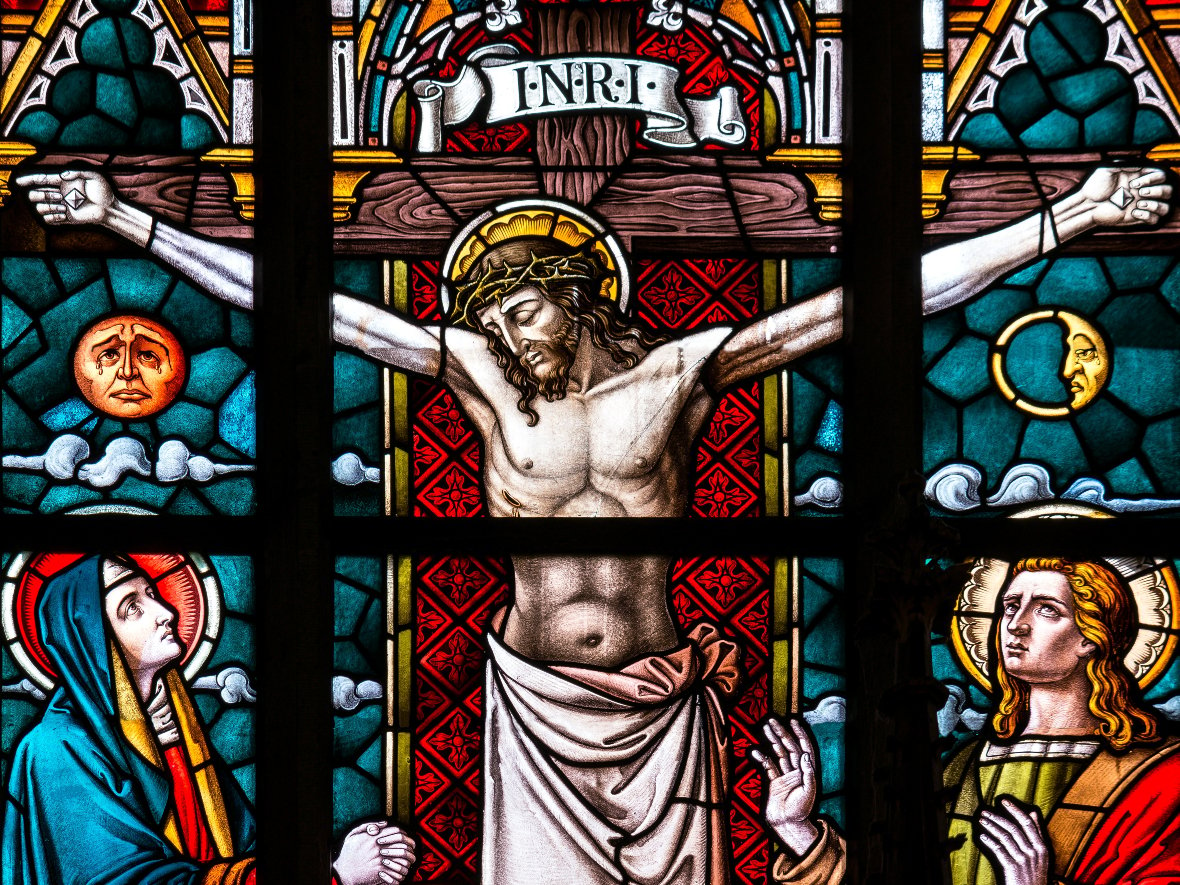 There is good news among the crosses we must carry. #catholicmom

Father Willy Raymond, C.S.C. is President of Holy Cross Family Ministries. He entered Holy Cross Fathers in 1964. He earned a Bachelors in Philosophy from Stonehill College in 1967 and a Masters in Theology from the University of Notre Dame in 1971. In addition to English, Father Willy is conversant in French and Spanish. He's a native of Old Town, Maine and one of 12 children. He remains a diehard fan of the Boston Red Sox, even though he has served as Chaplain for the Los Angeles Dodgers.