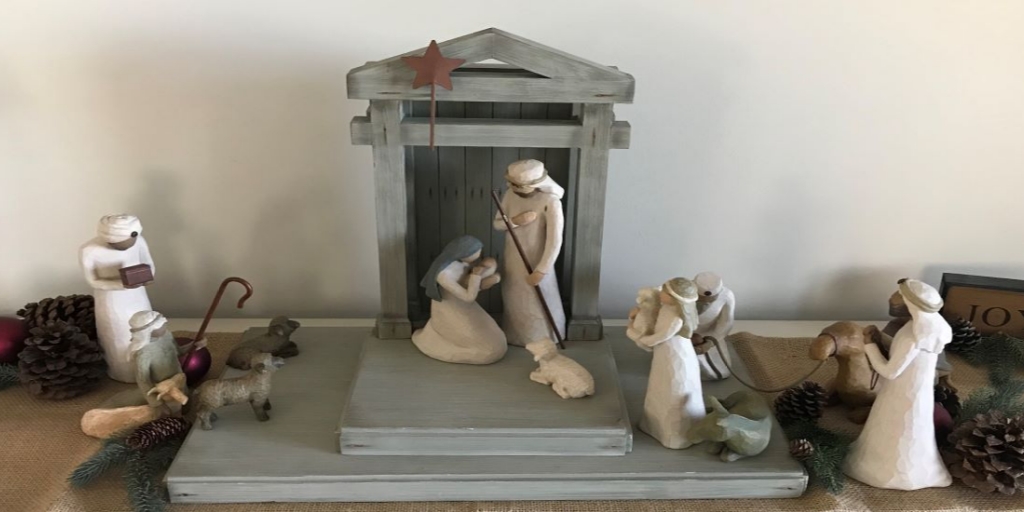 Nicole Johnson finds unexpected wisdom in comparing the past year to one of her favorite comedies.

“Two weeks.” Can you name the movie? If you’ve seen it, you’ll know it: The Money Pit. 1986. One of my all-time favorites. It’s a comedy starring Tom Hanks and Shelly Long. The two play an impressionable young couple investing in what is portrayed as the deal of a lifetime with the purchase of a sprawling old mansion. The seller, an eccentric elderly woman, is a wolf in sheep's clothing and she brilliantly stages the house, and a set of lies, to convince the couple to snatch it up.

Two weeks. The news sent me into an immediate panic. Schools would be closed for two weeks in response to an increasingly threatening virus we knew little about; only that it required a drastic response. Two unstructured, non-scheduled weeks with our daughter who functions only with structure and schedules felt, at the time, insurmountable. Now, eight months into our “two weeks,” I can’t help but be grateful for the more digestible introduction to what we can all agree has been a money-pit, lemony kind of year.

It was the little things at first: the light switch did not work, there was a squeaky stair tread that needed fixing. Inklings of problems on the surface quickly revealed much bigger structural, foundational issues. Before long, the once-confident couple admits they are in over their heads and surrender to the reality that they won’t be able to fix things on their own. They find a contractor, review the long list of to-do’s and ask the ever-fateful question, “How long will the repairs take?”

“Two weeks,” the contractor replies. Although they both know this is optimistic, and most likely entirely impossible, they choose the blissful path of ignorance and hand over the keys.

There was enough novelty to the first few days of quarantine that it felt just a little exciting, a bit like a challenge. I blissfully (and quite ignorantly) believed it would end as quickly as it started. I was looking forward to my husband working from home, something I’d always wished he could do. Having my three chicks in the nest felt warm and cozy. Although a bit overwhelmed, I was a happy mother hen. I fluffed my feathers, cleaned up the coop, baked my first of 100 batches of buttery scones, and settled in. Two weeks? I’ve got this. I felt confident, positive and capable.

As the movie progresses and the contractors begin work on the home, the more they peel away, the more problems they find. The young couple’s emotions are all over the map. It doesn’t take long for their confidence and optimism to wane and they both ride the full spectrum of emotions; catapulting quickly into the depths of frustration and depression to delirium and mere survival. One of my favorite scenes is when Tom Hanks walks into a room and all of a sudden the rug is quite literally pulled out from under him. Before he can figure out what is happening, he finds himself wedged tightly in a hole in the floor, dangling from the second story. There is nothing he can do to help himself, so he submits to the long and painful process of waiting it out until help arrives.

Survived. That was my one-word answer to my sister when she asked what I had ended up doing the day prior. It was a bit of a low, but that’s where I was at -- undeniably stuck in my frustration of all the restrictions and constant worry the pandemic had placed on my daily life. There have been so many questions, endless unknowns, and a fruitless quest for the ever-evasive anchor of control.

I imagine it’s safe to say we’ve all had our moments of being stuck this year. The rug has been pulled out from every one of us. Our normal way of life has been stripped down to the studs, laying bare the strain of days lived without structure, weeks passing with unfulfilled plans and months measured in the numbers of those stricken with an unforgiving illness. The devastating reality of racism has been exposed as the toxic mold that it is, no longer hiding behind the walls of a neatly appointed nation, but now screaming for the remediation it needed long, long ago. Deep political divides pulled at the very fabric of our humanity, leaving the essence of kindness and respect hard to find. It is odd to me, and inexplicably sad, that we remain utterly stuck in our divisiveness at a time in history when, unlike ever before, we are one in our vulnerability to an illness that has made its way from one end of the earth to the other.

By the time the mansion is fully restored, the couple’s relationship is in tatters; broken under the strain of all that had transpired in the “two weeks.” The contractor hands over the key to the house along with a few unexpected words of wisdom. “Well, this wasn’t an easy one,” he says, “but the foundation was good. And if that’s ok, then everything else can be fixed.”

CLICK TO TWEET
Humble and unassuming, the baby we gaze upon in the manager is the one hoping to be the foundation on which we build our lives. #catholicmom

We’ve all been given a good look at the foundation of our lives this year. With so much stripped away, we’ve had no choice but to take a look around and focus on what remains: the cross beams that hold us up and give our life structure, meaning, and support. The idea that tomorrow belongs to us has been exposed as the wolf in sheep’s clothing that it is, and like it or not, the past eight months have afforded ample opportunity to reflect on our life’s investments. 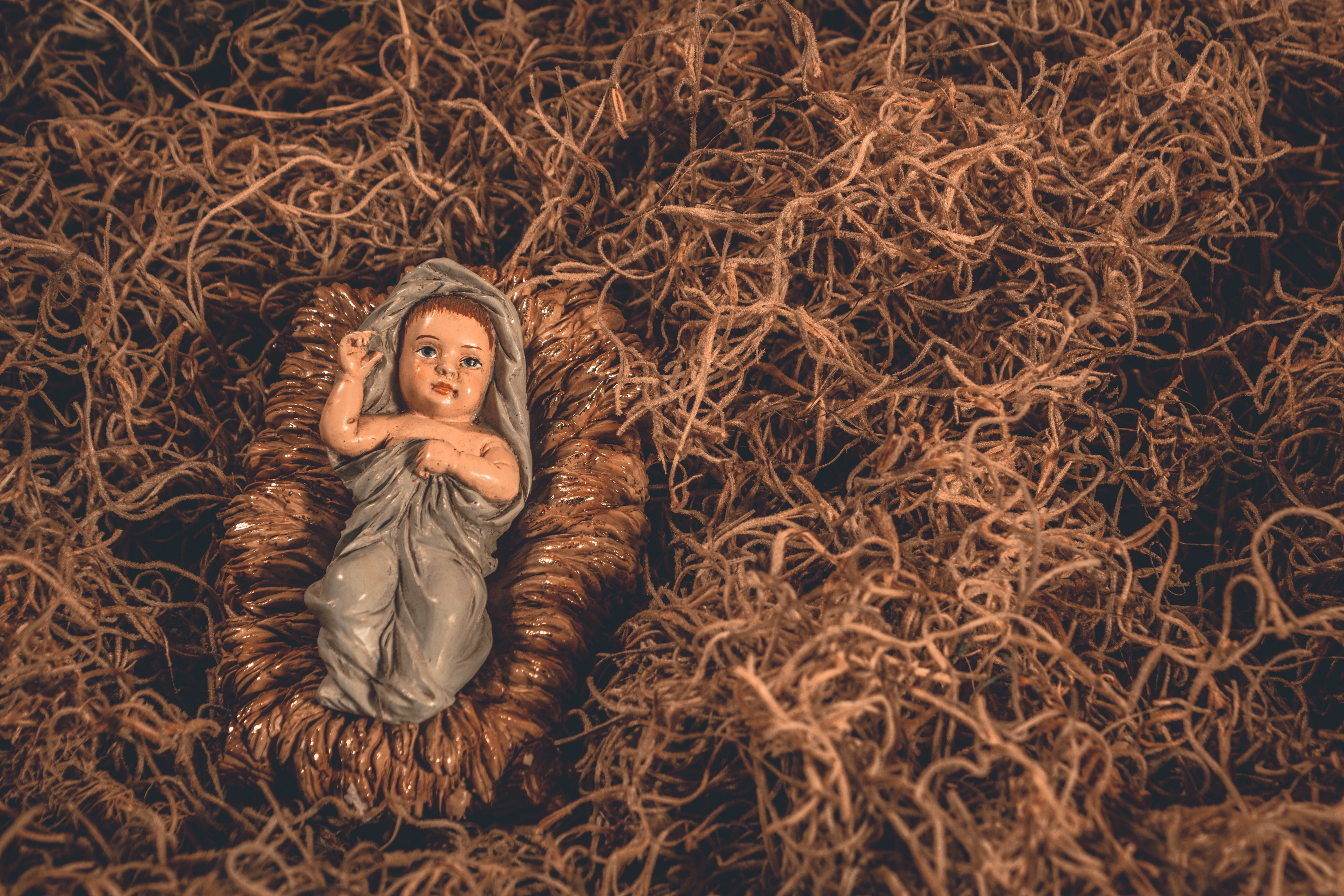 In tww weeks we will be celebrating the birth of the most skilled contractor in the business. Humble and unassuming, the baby we gaze upon in the manager is the one hoping to be the foundation on which we build our lives. Disease has hit hard this year. Hearts are fragile, emotions are strong, and the truth of our ineptitude in rising above it all on our own is before us like never before.

And just when we feel like we can’t take much more, our Savior’s birth reminds us that, in Him and through Him, we can rebuild broken hearts, recapture (or perhaps redefine) lost dreams and reignite a love and respect for one another that is the true foundation of our faith.

Life with Earl
Read
My Rosary Story: Praying for New Life
Read
When All the Pieces Fit
Read