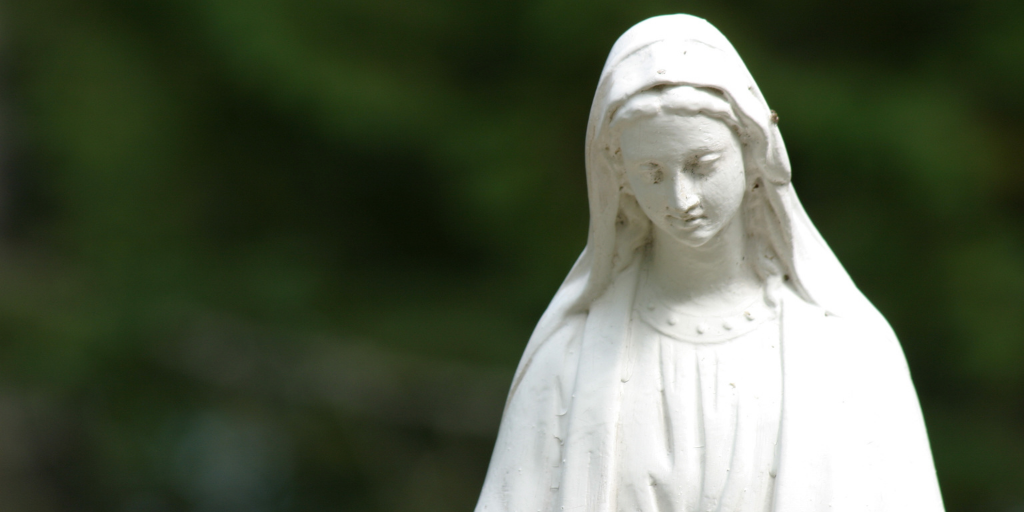 Jake Frost and his family forged a friendship over Miraculous Medals and stories of God's providence at a local apple orchard.

God is still active in our land and in our lives. Sometimes, when we find ourselves getting worn down, it can be easy to lose sight of that, but then every once in a while something happens to remind us.

So it was for our family recently on an excursion to a new U-Pick apple orchard near us that my wife found online.

Fall is in the air in northern reaches of Wisconsin, and that means evenings around a campfire, cinnamon rolls, spiced cider, homemade donuts, caramel dip, and apple picking!

We loaded into the van and with gravel crunching under our tires raised a trail of dust down the windy backroads of America’s Dairy Land, meandering past fields of ripening corn and soy beans turning golden under the sun. The sky overhead was cornflower blue with puffy white clouds floating by. Every farm had an American flag snapping in the breeze, bright and bold against the sky, and some had huge flags painted on barns. One had a giant eagle above the words “God Bless America.” 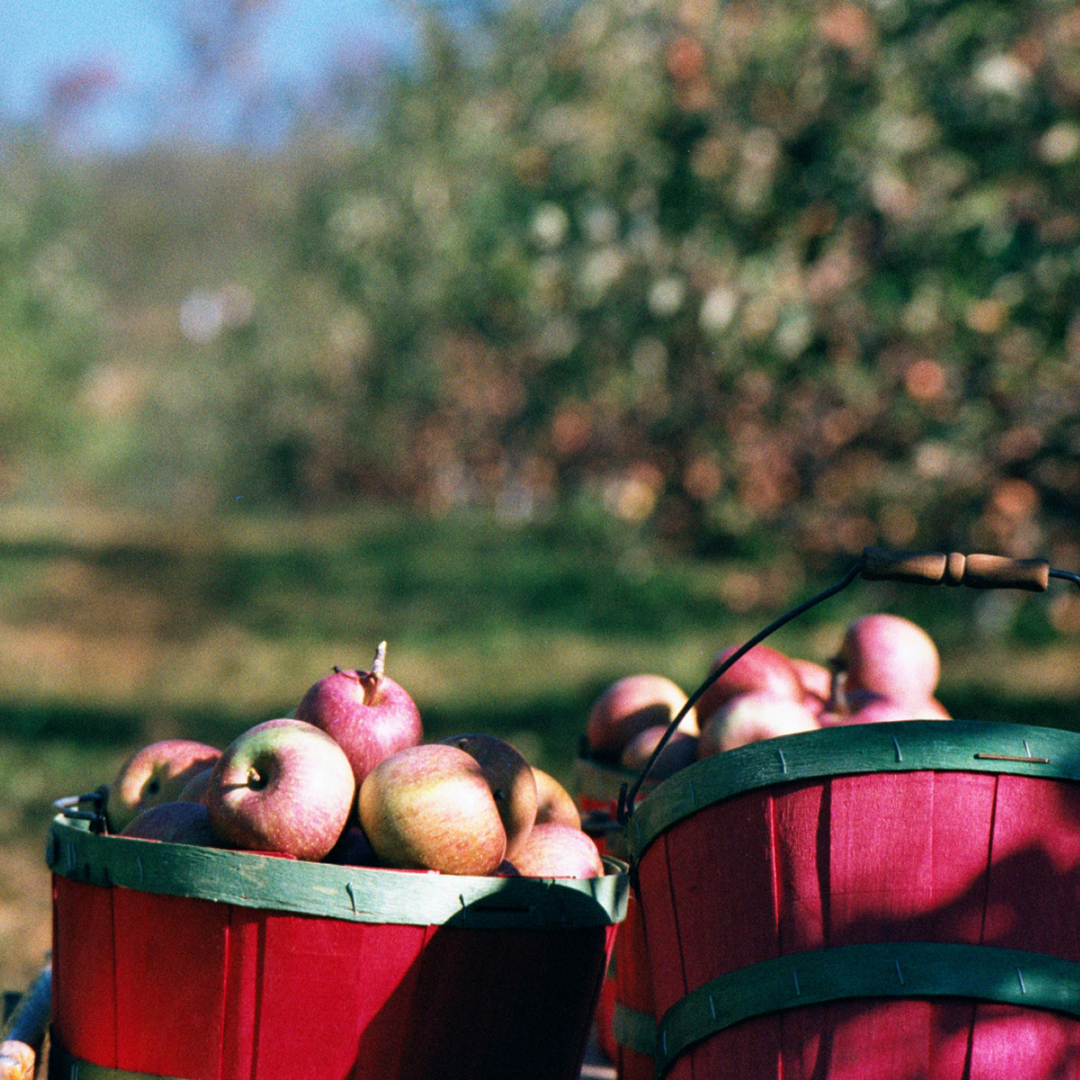 It was still early when we arrived at the orchard and we had it nearly to ourselves. The owners were a nice young couple with a passel of little kids about the same ages and numbers as our own. We fell into conversation as they helped us sort out pecks and bushels and what apples were ripe for picking. My wife spotted the Miraculous Medal worn by the orchard’s mom and told her how much she liked it.

She in turn complimented my wife’s Miraculous Medal.

“So you're Catholic?” my wife asked hesitantly.

“We are,” they said, and pointed out the beautiful painted statue of Our Lady they’d placed right out in front of their orchard buildings.

Funny, I hadn’t noticed it, but now that they showed it to us I saw that it was gorgeous — and huge. I have no idea how we managed to miss it. 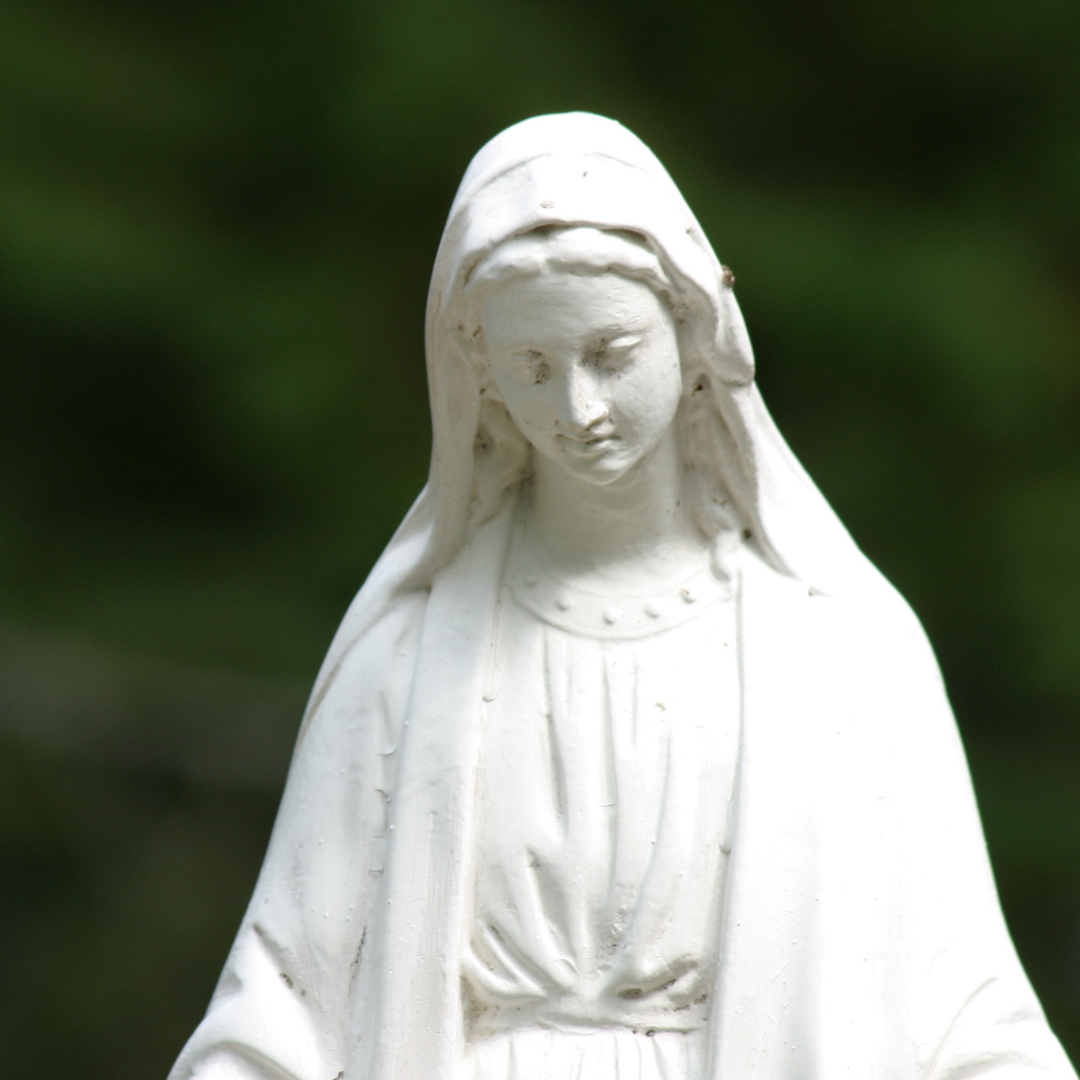 “It was blessed by our priest when we moved out here,” they told us, which, they said, was less than a year ago. This was their first apple harvest!

“There was a lot of Divine Providence that brought us here,” they said, explaining that many unforeseen circumstances aligned to unexpectedly put them on the orchard when they hadn’t even been looking to start brand new careers — brand new lives!--as farmers (neither of them were farmers or apple growers before — they’d been living in the suburbs of a city in an adjoining state for the last ten years). But owning an apple orchard had been a crazy dream for them from before they were even married, ever since they’d gone to an apple festival together while they were engaged.

And Providence had arranged things to surprise them with the fulfillment of that old dream all these years later.

They said they felt from the way things unfolded as they worked through the process of moving that God was calling them to do this, and they decided they would follow where He led.

“So now we have a smaller house,” the mom said, “and fewer bathrooms, but we have all this.” And she spread her hands to the surrounding hills and fields. 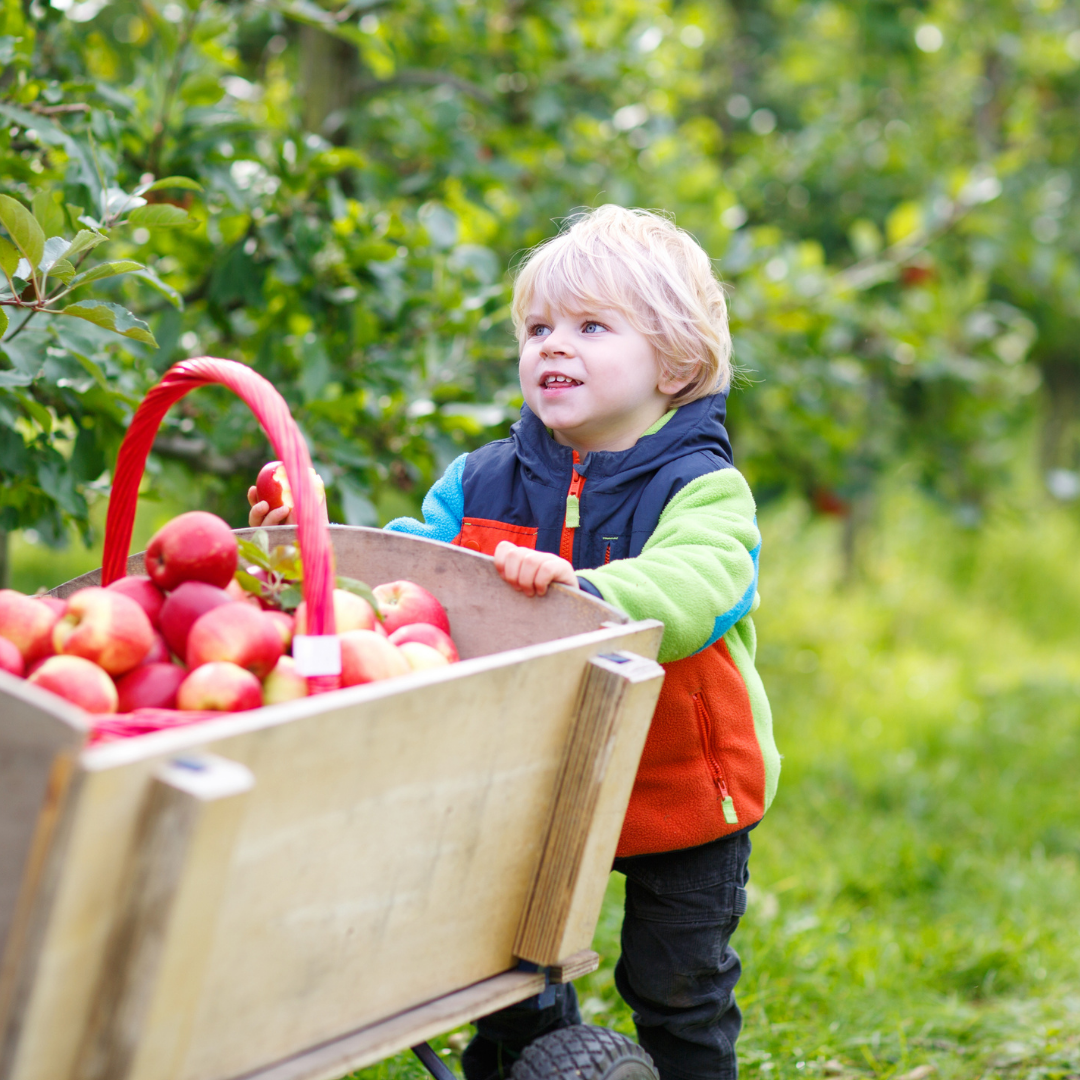 I don’t know the whole story of what happened in their lives, and it wouldn’t be mine to tell even if I did, but what struck me was their example of faith. They were willing to be led to new and unknown places when God called them. They prayed, they listened for God’s voice, they saw His hand at work in their lives, and they trusted in Him and acted on His guidance.

Much like Our Lady, whose statue they placed front and center in their new home.

Actually it’s a recurring theme throughout the Bible, from Abraham to Our Lady to Saint Joseph, Our Lady’s husband, the man closest to Jesus.

What a wonderful way to live.

And like their beautiful statue of Our Lady which I somehow managed to overlook, I was reminded that God is at work all around us, in our lives, in our country, in our world, if we have the eyes to see it.

Click to tweet:
God is at work all around us, in our lives, in our country, in our world, if we have the eyes to see it. #catholicmom

My prayer for all of us is that in the days ahead we can trust in God and be willing to follow where He leads! 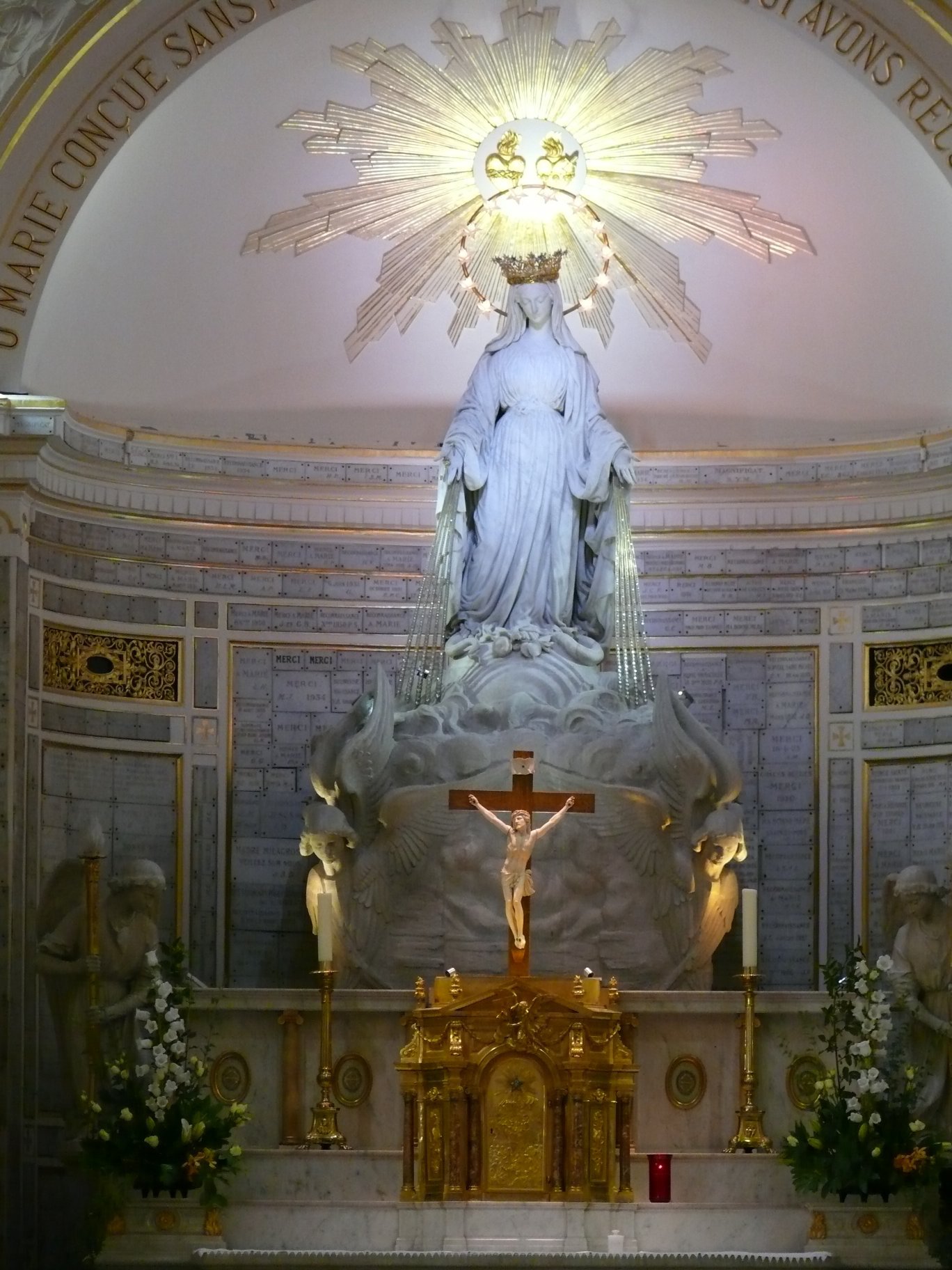 Living the Gospel of Mercy as Mothers
Read
The Alter Christus and Me: A Tale of Victory, Friendship, and God’s Great Goodness
Read
A Month of Mary Meditation
Read