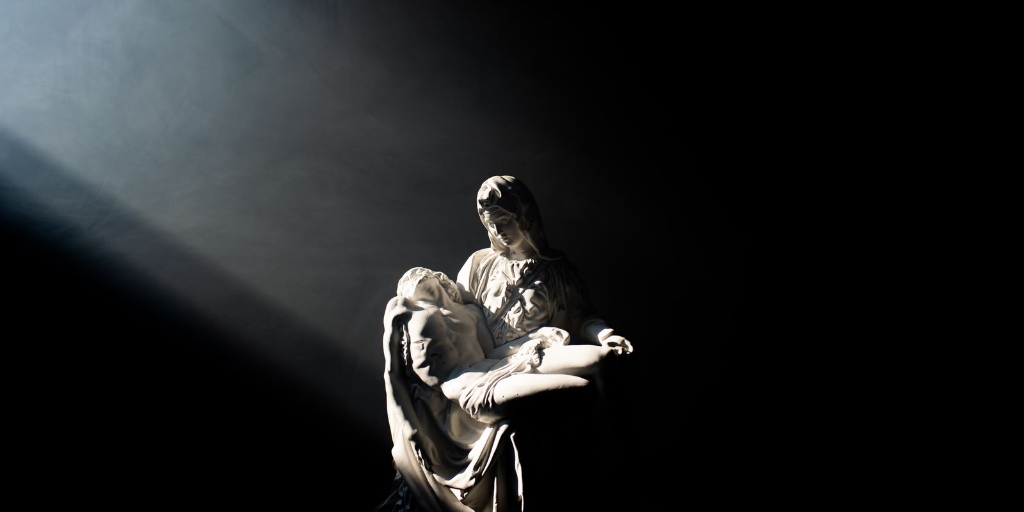 Lorelei Savaryn reflects on leaning into Mary's example when saying "Yes" to God is hard.

Mother Mary's humble yes sent shockwaves through all of creation and set into motion the part of God's salvation story that his people had been waiting on for such a long time. My own tiny yesses pale in comparison to Mary's. And while sometimes saying yes has ushered a period of excitement and joy in my own life, I have found that, oftentimes, saying yes also hurts.

I find encouragement in the joys of obedience, to be certain. But, even more than that, I find so much comfort and strength in uniting my little yesses to the yes of the Mother of our Lord, especially when the fiat isn't joyful, or when it brings pain.

In many ways, Mary's yes must have hurt. At the start, her unplanned pregnancy brought with it the potential for serious consequences -- not only for her marriage, but even for her life. And later, she watched her Son as He was treated like a criminal, crucified, and killed before her very eyes. Mary has the most beautiful mother's heart of all. It could not have been easy to watch her Son in so much pain, and to also know that she had to say yes yet again in that moment for what God had started to be fulfilled. The first yes that Mary gave to the angel found its fulfillment in the silent and continued yes of watching her Son suffer for the salvation of all. 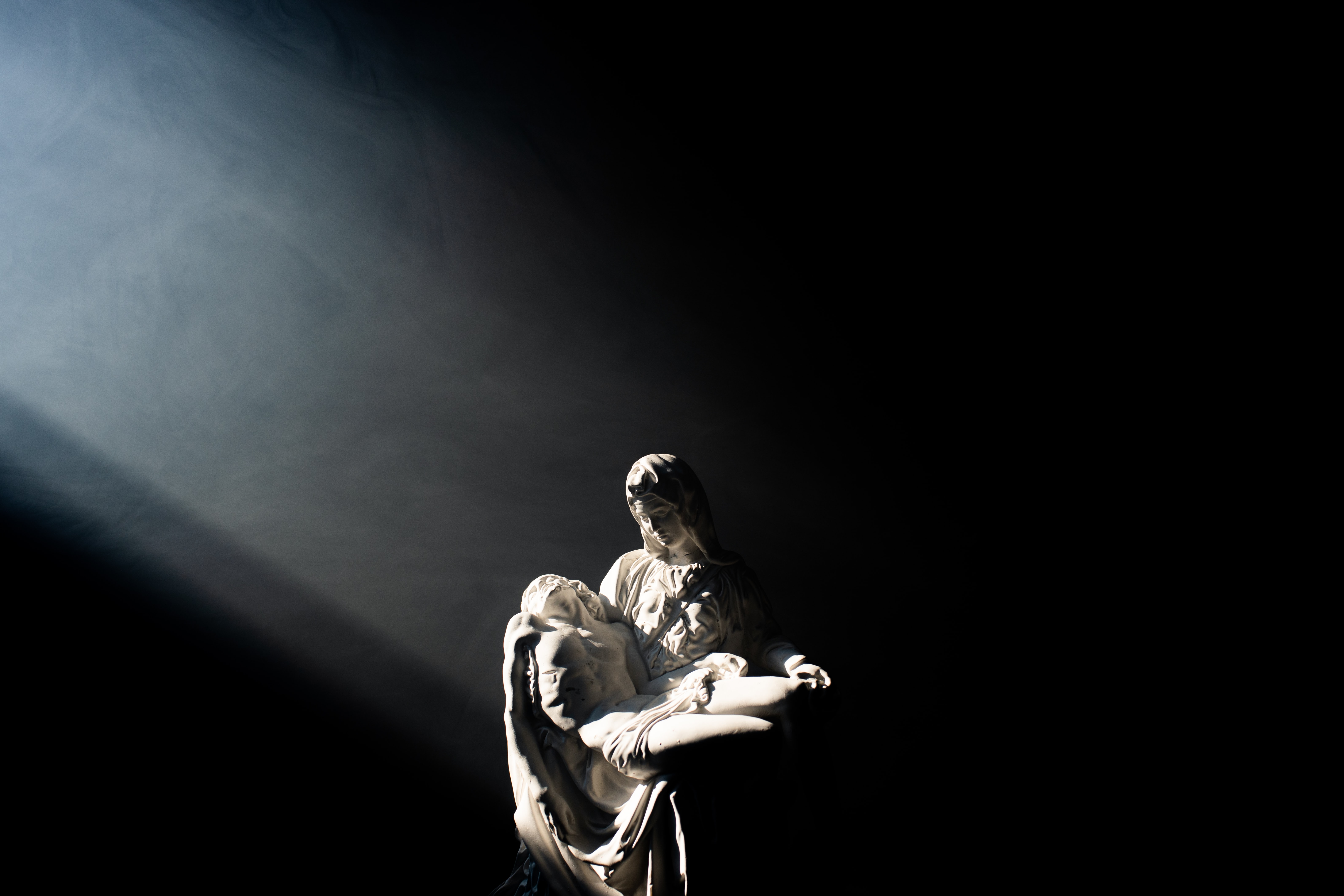 A Few Examples of "Yes"

Over the past five years and thanks to Mary's example, a couple of my small yesses have helped me lean more into our Holy Mother, particularly when saying yes has been painful in some way.

To start, I am a Catholic convert. Saying yes to becoming Catholic was one of the most joy-filled, beautiful moments of my life. But it also hurt. We lost some friends and were cut off from our social supports at the Protestant church we left. We had many strained discussions with others who didn't understand what we were doing and weren't interested in learning why, but who were genuinely worried for our salvation.

It's a bit harder to get connected at a Catholic parish than a Protestant church, and the first year or so as a Catholic felt quite lonely. Especially as someone coming from a position of caution when it came to devotion to Mary, in my struggles as a brand new Catholic I leaned into her and started viewing her as my mother, too. I spent time staring at the Pietà in our Adoration room, and understood better that pain is not always something to be avoided. In fact, pain and suffering is often important. Even more than that, pain is the very thing that led to our redemption.

Another important yes in my life came after my Confirmation, when my husband and I felt the call to openness to life yet again. We had two beautiful children, and, in them, the family I had imagined I would have ever since I was a little girl. God's gentle question, asking me to consider bringing more life into the world wasn't a small ask. Pregnancy, for me, brings incredible physical and mental strain. I am prone to hyperemesis gravidarum, which often means nausea medication throughout my pregnancy, and sometimes means hospitalization. In the case of my youngest, it meant feeling like a stranger in my skin, nauseous every waking hour for the full nine months, my only relief coming in the hours I was able to fall asleep. At this point in my life, I consider my pregnancies to be the source of my greatest suffering, and also my greatest blessings.

I leaned even harder into Mary during those slow, difficult hours that made up the days that made up the weeks of my pregnancy. I learned even more about redemptive suffering. My agony was literally bringing life into the world.

On the other side of it, I met two children I never knew I would have. My third child, Mary, is a spunky, joy-filled delight. And Zelie is a toddler who loves hugs and does the silliest dances just to make us laugh. Those were difficult yesses for me to make, but the rest of our lives will be all the more beautiful for it.

CLICK TO TWEET
The first yes that Mary gave to the angel found its fulfillment in the silent and continued yes of watching her Son suffer for the salvation of all. #catholicmom

Our yes can look like the examples I gave, but they can look many different ways as well. Sometimes our yes might not necessarily be the act of taking something on. Our yes might be tear-stained acceptance of a loss. It might be want for something, or a longing unfulfilled. Those yesses are exceptionally special as well, because they are a yes to suffering, particularly in a way where the reward may not be seen or known this side of heaven.

The problem of pain isn't new. It's a problem as old as the fall of man. There are some times, like in the examples I shared, when we see the redemption in the pain during our lives here on earth. There are other times when we may not. Those are the times when we must say yes to a greater trust in our faith that the world we see and touch and hurt in today isn't the end of the story. Mary can help us there, too. She saw her Son die, and she saw her Son raised. She witnessed mankind's greatest redemption. But she is also our Mother, and she witnesses our pain with the same tender care and compassion as she witnessed the pain of her Son on the cross.

She whispers gently to us that saying yes may not be easy. But our yes, no matter how big or how small, is a beautiful, vital part of God's redemption story. She assures us that we are never alone in our journey to be faithful. Even if, and especially when, it hurts.