Children Are Not Tigers 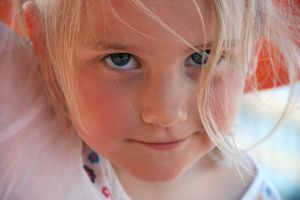 Recently, the Wall Street Journal excerpted a portion of a new book by Yale law professor Amy Chua, the mother of two lovely and talented daughters. Her book, Battle Hymn of the Tiger Mother, boasts of the superiority of those cultures that rely on the Confucian method of child-rearing. She explains that Western parents focus too much on their children’s self esteem and individuality, while neglecting to instill discipline, marketable skills, and an attitude of reverence and gratitude for parents. The published article has garnered thousands of comments in countless internet venues and sparked furious debates over parenting styles. She’s obviously hit a nerve, but like most secular theorists, she’s partially right and yet missing an essential element.

She illustrates her points with anecdotes from her own family and lists the rules she firmly enforces. She strictly limits extra-curricular activities to piano or violin lessons (demanding three hours practice daily) and insists not only on perfect grades but that her children be first in every class. As a mother, she will dedicate any time and resources necessary for that outcome, and in return she expects the children to not only submit, but to dedicate themselves to fulfilling their parents’ wishes. One example that fascinated her readers (or horrified them, depending) was her relentless demand that one daughter practice a difficult piece of music until she could master it. Screams, threats, and tirades on the part of both only ended late in the night when the daughter finally succeeded—and they embraced in joy.

While Mrs. Chua stresses to her readers that children can be pushed further than many think possible, that only rigorous discipline can bring about success in challenging fields and that there is an inherent satisfaction in mastering difficult tasks, she ignores other aspects of human development. Interpersonal skills aren’t on her radar screen, nor are solving moral quandaries, nor delving into the transcendent regions of our marvelous world. Indeed, the questions surrounding why we exist and what we do with those deeply-held desires that don’t contribute to academic proficiency become unanswerable, even irrelevant.

Finally, there is no room for God—who calls us into being and prepares us for our vocation by means of myriad promptings that would be crowded out in such a regimented life. Sadly, it would seem that Mrs. Chua’s parenting is oriented to the material world alone—with a strictly utilitarian view of the human person.

I am delighted that her daughters have turned out well with such obvious talent, but where does this parenting theory leave children with learning disabilities, chronic illnesses or other kinds of crises? And what happens to the child whose parent withholds affirmation when he fails or falls short of expectations? If a parent is consumed with material success and visible accolades, how is a child to know unconditional love and the joy of hidden virtue?

Surely, Christians would agree that filial piety is a beautiful thing, but the reverence due to parents is intended as an echo of the veneration due to God, who is the ultimate Father of these children. It is in him that they live and move and have their being, and discipline and proficiency should redound to his greater glory, not our own.

To raise children to be so self-sufficient, so successful, and so capable without teaching them humility and gratitude to the Giver of these gifts would be tragic indeed. As in any proposal, we can sift for the good, adjust our framework if necessary and baptize that which would help us create saints—for that’s the real task at hand.

Catholic Life Support 6: Books
Read
Give the Gift of CatholicQuiz.com
Read
Being Catholic: What Every Catholic Should Know
Read