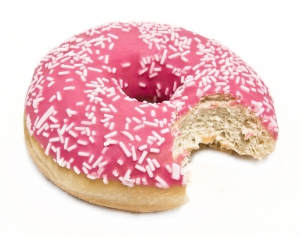 Every parent who has ever gone to the five o'clock it's-now-or -never mass with children knows that sometimes, the phrase "The mass is over, go in peace." is answered with "Thanks be to God." a bit more earnestly than the rest of the congregation.

This week I've been struggling with writer's block. Thankfully, or not so much, my kids have opted to provide today's story.

We went to one of our not so regular masses, at the church near our prior home. The church has an theatre in the round sort of feel to it and arriving as the opening music was in its second verse, we scooted along the back wall to the side pew that gave us an unobstructed and unshared pew that buttressed the far wall of the building. This gave us a side view of the priest and the entire congregation, it also meant leaving the mass for any reason would also be visible to the entire population, so perhaps we chose poorly.

My husband and oldest son each holding one of the diaper set opted for the back of the back of the church where other people with squirmy babies and noisy toddlers hang. I didn't feel I'd been cheated, after all I had the 15, 13, 11, 9, 7, 5 and 4 year old. I figured we could manage. Admittedly, I'd preemptively short circuited my five year old's temper by refusing to allow her to wear a baseball cap or bring a hot wheel into mass.

Two minutes in: The five year old decides she can't sit with me and walks to the very end of the pew so that she's a good 20 feet from all of us. It is purposeful and even masterful as she's at the edge of the altar, almost daring me to come and get her. I opt to hope this is the full extent of her rebellion. Prayer is my best defense and since we're in church, I go with it. Please God let her behave. Please God let her calm down. Please God let her just sit there.

Sometimes the answer is No. I look over. She's mad that I'm not in hot pursuit. She tries swinging her legs. I'm still not moving. I'm not even mouthing "Sit still." So she ups the ante. She lays down. She's wearing shorts and she's laying down on the pew. We have now crossed my threshold toleration point for naughtiness. I try to calmly like "there's nothing to see here people" walk over and take her hand. She's not interested in obeying so she assumes the floppy boneless child pose. I pick her up at which point she begins protesting aloud and loudly, "I don't want to go with you." I get a few sympathetic head bobs from the dads and moms as she kicks at the pew. I opt for the coward's way out, I take her to her dad.

Five minutes in: The four year old taps me during the first reading. I have to go to the bathroom. Not wanting to walk back out after I just came back in, I send the 13 to escort the 4 during the responsorial psalm.

It's Offertory time. My purse is the source of great distress as I don't have enough bills to go around. Seven year old son is sulking. Nine year old daughter is preening because she got to put in the check. The next round of sibling aggression has begun. We kneel.

Now I know kids can fight over anything. I've heard the "Mom, she's looking at me." and the "Mom, she's breathing in a sarcastic way." complaints before. But today marked a new low in passive aggressive non virtuous displays of piety as my son and daughter begin inching down the open aisle where once my five year old lay, each trying to silently hiss at the other not to edge in front. It is a battle that proceeds for a good five feet before I noticed because I'd momentarily attempted to give my full attention to the mass.

Now I've got a few options as they continue kneel walking and glaring at each other. I can ignore. Not ideal as the scene is public and not without audio. "Stop trying to pass me. I'm praying!" she whispered loudly. "I'm just trying to watch the priest." the other deadpans with an overly arch look of I'm-so-holy-and-you're-not as he inches past her. "I beat you. I win." he adds. She's stiff arming him as she knee walks further. I've tried signaling for them to stop but they're deep in sibling irritation right now and so mom is on the ignore button.

There is nothing for it so I get up for the second time this mass and march forward to grab with a hug one of them and a hand the other and march them back to seats in between two of their sisters and me. It's near the consecration so I can't give them the "I Will Kill You or Worse" look, I opt for the more effective though not as heart felt, "If you act up again, it's bedtime as soon as you get home." whisper. They are in mental lock down as I deliberately speak aloud the Our Father with decided emphasis on "FORGIVE US OUR TRESPASSES." and "LEAD US NOT INTO TEMPTATION." One of them properly recognizes the editorial within the prayer from his mother and gives me a guilty "I'm sorry" look. The other, I squeeze her hand when the priest says, "I give you peace, my peace I leave you." and they shake with the coolness that only recently fighting brothers and sisters can muster when adults are watching.

We always stay through the last song and so I do, though several of mine are ready to bolt. They're hungry and a few saw friends in the communion line and some are just wanting to get back outside where they can resume hostilities. I make them stay, if only to give me a few moments more with the allies of the Church and the mass against kid wars. A man comes up to us smiling and compliments me on how well my children behaved during church and speaks of how he raised seven. I decide either he wasn't watching or maybe he was and wants to make sure I feel better. "Thank you," my children get out before I can respond.

And then, basking in the glow of an unsolicited compliment from a stranger, the kids ask, "Hey Mom, since we were pretty good at mass, can we get donuts?"