Who's Raising the Children? 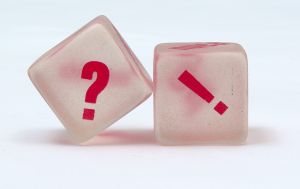 I have a friend whose children had various allergies, including a reaction to food dyes. It took some time to identify the cause, but once she removed certain items from their diet, they calmed down, were more attentive and the house ran smoothly. Her parents lived nearby, and as my friend's family grew, they stepped in to help, taking various children to their home in order to ease the burden on their daughter. Except that it didn't.

The grandparents of these children thought the “food dye” explanation for the children's behavior was nonsense, and they gave them whatever they wanted to eat. After a few days of all sorts of additives, the level of mayhem rose and when the children returned home, they required weeks of detoxing in order for the family to return to normal. Aside from the chaos in the house, my friend would have to endure the criticism of neighbors, parishioners and passers-by—who wondered (aloud!) what she was doing so very wrong.

This family came to mind as I watched the London riots. At first, there was the standard Marxist explanation that this was a protest by the deprived masses. Surely, many wrote, this is the sordid underbelly of capitalism, in which the rich get richer and the poor simmer in their resentments. Then many others pointed out that these youths were predominantly fatherless, growing up in government-subsidized projects and deprived of the solid formation that a father would have provided. If only their mothers had been married to good men, they would have given their offspring a much better social framework for success.

Along these lines, even the mainstream papers were tut-tutting the parents [read: mothers] who had lost control of their adolescent children, and hadn't properly taught them that it isn't right to steal and burn down neighborhoods. Surely, a good mother knows where her 12-year-old is on a given night and has him home in bed at a decent hour. Didn't she notice the new flat screen tv under his bed or the fancy shoes he came home in?

As much as the immediate explanation of parental neglect rings true, it ignores a fifty-year failed social experiment in which the parents were marginalized by an entire civil cadre of values-free school curricula, social service agencies (handing out free contraceptives), institutionalized adulation of pop stars, widespread immorality, and sneering contempt of religious voices. This is currently the cacophony in which every parent is asked to raise his children, and even the children who have been taught virtue have to run a gauntlet of depravity and scorn while making every choice in life.

It must be pointed out that both of Queen Elizabeth's grandchildren who were married in such pomp and festivity this year had previously cohabitated with their partners for years. Is it any wonder that from the Royal House down to the most squalid tenement, England has shown its disdain for traditional morality and Christian values? And now, with rampant promiscuity entrenched as a way of life, the very institutions that thumbed their noses at the backwardness of provincial religious thinking have handed the responsibility back to the parents, saying: Heavens! Why didn't you teach your children to behave?

Yes, the families may be to blame, but they have been prey to social engineers for two generations now—those who discouraged prayer, undermined marriage, turned a blind eye to structural depravity and effectively impeded every group that tried to turn back the tide of moral decay. Sure, it's easy to blame the families now, but they didn't simply fall into disarray, they were pushed.