It Doesn't End Here: An Amazing Journey of Faith and Forgiveness

There is perhaps no wound deeper for a parent than the death of a child. I had a glimpse of this thirteen years ago when one of my sons had a seizure during the night. My husband woke me out of a deep sleep and told me something was wrong with our son. He was not breathing and was blue. At that moment, we wondered if he was even still alive. Within a few very long minutes, his airways which had blocked, gradually opened and he regained consciousness. It was a seizure, later diagnosed as a condition most likely to occur during sleep, but outgrown by the age of fourteen. He was twelve at the time and it never happened again.

In a way, it was a blessed moment. We had experienced how suddenly death can come but for us, it was not the real thing. 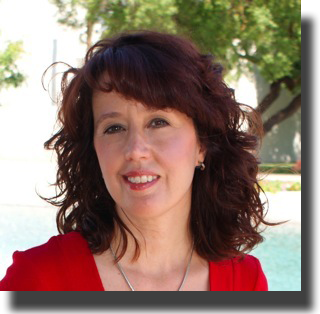 Unfortunately, the drug that the doctor prescribed to Dawn Marie caused a side effect that was known but not mentioned to her: psychosis. She lost touch with reality, became paranoid, and heard voices. Those around her realized something was terribly wrong. The day her father was going to take her for help was the morning Dawn Marie took her toddler son, Nathanial, into the car without a car seat. She thought the devil was after her toddler son. Dawn Marie snatched him out of his crib and put him in the car to drive him to a church to save him. A witness to the accident said the car was driving down the road in an out of control manner.

Thankfully, Dawn Marie has no memory of the accident that took her son’s life. When she awoke in the hospital, suffering from injuries and still experiencing psychosis, the jigsaw puzzle was slowly put together.

Like any parent, shock and numbness followed. But this was not just merely an accidental death. There was a third party involved that played a part--the drug company. A company with a conscience would be distressed that something they had made led to the death of a child. One without a soul would attack the victim and deny any culpability to the point of refusing to put stronger warnings in place.

It Doesn’t End Here is Dawn Marie’s saga of recovering from a nightmare and then finding the strength to fight a giant that would stop at nothing to protect itself from blame. For some people, putting their story in writing is therapeutic. But for Dawn Marie, her story is for a wider audience. It deals with universal fears and issues and is eye-opening to the world we live in.

No two lives are the same, but everyone has crosses to carry and hurts that cut deeply. Through sharing the pain and healing of another, we can be strengthened in our own journeys.

Dawn Marie had every reason to be angry. During confession, a priest even told her that, “just” anger was okay. It motivated her to fight evil, regardless of the personal price and in the face of insurmountable odds. I will not tell you the ending, but I will share that Dawn Marie found a way to forgive those in her life who had taken so much from her.

At one point, seeing God’s command to forgive others as a mountain before her, she fell to her knees and prayed, “Lord God, you said that your burden is easy and that your yoke is light...well right now I feel pretty crushed by the burden of bitterness, anger, and resentment, and yet I know this is not your will for me.”

Dawn Marie prayed novenas and reached out to friends who understood her Christian challenge. A friend’s words helped her find a way. “If we do not forgive, we are the prisoner. It does not mean we must go to them face to face or have a loving relationship or even a relationship at all with them.... We must ask God to help us to forgive through our Lord. We cannot accomplish it on our own. Most especially if someone has hurt us so very deeply the feeling of unforgiveness can come back but we can rest assured, that Our Lord will be there to help us. We must make the step to ask our Lord for His help and strength. It is a choice...and only we must ask for the help.”

Always keeping in mind that life is less than a fraction of a second compared to eternity, Dawn Marie found the incentive to move beyond anger into forgiveness. She put her life back together although it will never be the same. She also found love and is happily married now.

As an author, Dawn Marie’s words are transparent so that the reader is immersed in the drama. As a mother, she speaks to us of the transcendental love that only a parent can understand. As a human being, Dawn Marie share’s the mistakes, bad choices and hurts of her past. Finally, as a Catholic, she shares with us the divine truth of God’s forgiveness and love that we must accept for ourselves and then to extend to others, even those who have hurt us.

Although the subject matter is not easy, the book is compelling. It would make a good movie. The drama keeps you on the edge, and Dawn Marie's faith anchors the pain in meaning that ultimately triumphs over death and evil.

Order It Doesn’t End Here and support CatholicMom.com with your purchase

NFP Works! Even When It Doesn't
Read
Regretting your Marriage Doesn’t Mean it was a Mistake
Read
Advent Doesn't Have to Be "All or Nothing"
Read