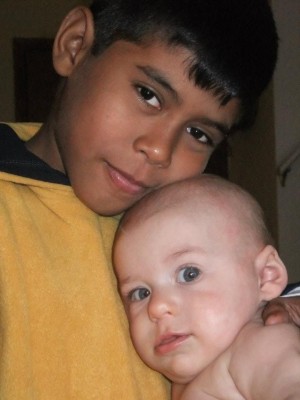 In December, I shared the story of Mark and Lauren Loboda, founders of The Orphan’s Prayer.

The CatholicMom family joined them in prayerful support as they personally journeyed to bring a nearly four-year adoption process to a happy ending and a new beginning.

In March, shortly after the birth of their second child, Mark and Lauren were called to Honduras to complete the adoption.

I hope Mario’s journey is a source of affirmation and encouragement for all adoptive parents that with patience, perseverance and trust, all things work for good for those who love God, who are called according to his purpose. Romans 8:28

The Orphan's Prayer
Read
Be a Part of "Orphan Sunday"
Read
Archbishop Flynn: From Orphan to Archbishop
Read