Please stick with me for a moment.

Rainn Wilson, the actor who plays the bizarre Dwight Schrute on NBC's sitcom The Office, presented at the 2012 South By Southwest Interactive in Austin, TX (an event considered by many as *the* tech event of the year). Rainn surprised many in the audience when his talk took a divine turn. He said, “I believe the Internet is the future of spirituality. It’s a spiritual act to share a beautiful photo on Instagram.”

For such a time as this, huh? Well, as Brandon Vogt writes in his book The Church and New Media, “History has shown that God showers down new mediums at specific times to spread his Word in new ways.” Maybe Rainn Wilson is on to something here?

Instagram, launched in October 2010, is an app that allows users to share pictures with each other in a fun and creative way. Initially released for iOS devices (iPhone/iPod touch/iPad), Android users rejoiced when the company released a compatible app in March 2012 (or was that just me hooting and hollering?).

Here are a few stats about Instragram:

This app certainly has experienced much success in its relatively short lifespan.

How Do You Get It?

If your mobile device is running Android 2.2 or higher, head over to Google Play and download Instagram for Android. To get the app for iPhone, iPod touch, and iPad, head over to Apple’s App Store. The app is free.

How Do You Use it?

Snap a photo (or choose one from your gallery) and apply one of several filters and borders to transform the look and feel of your picture. There is a filter called “lux” that gives your photo a pop of vibrancy; add a blur effect for another layer of interest. Once satisfied with the filters, your photo can be uploaded and shared in your Instagram photo stream. From here it can also be shared on other social media platforms such as Twitter and Facebook.

The people who “follow” your photo stream are then able to see your picture in their feed. To keep your photo stream private, you can lock down the settings and require authorization before anyone is granted access.

Let me illustrate how to use Instagram using a picture I took with my Android. Here’s a photo saved in my phone’s gallery. I open up Instagram and select this photo. 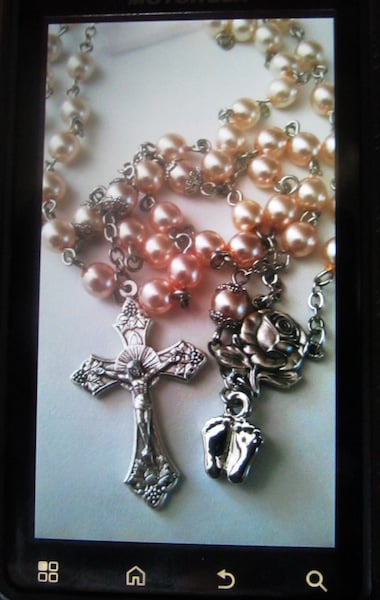 Now I am able to edit and add special effects. 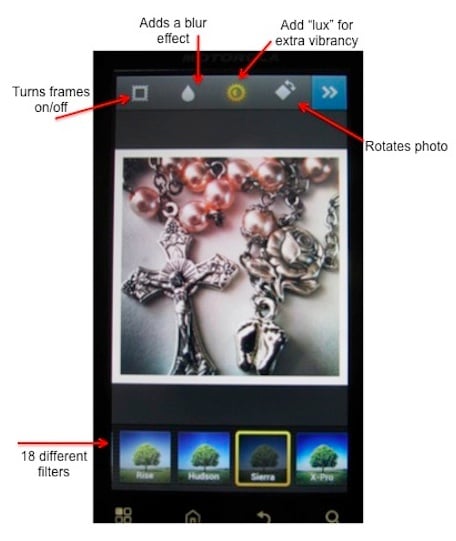 Once satisfied with how my picture looks, I add a comment describing the picture and save to my photo stream. In the feed you can see a few of my followers have “liked” it. 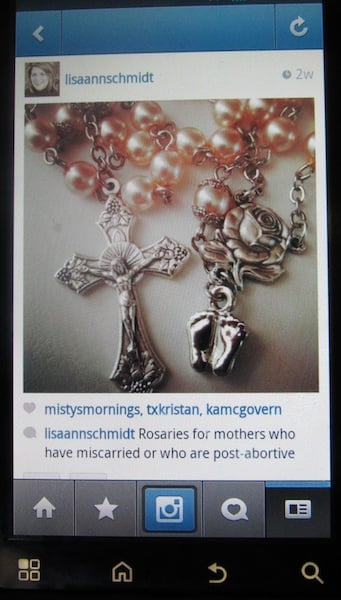 It’s an easy, fun, and free way to share pictures in a social format. But is it a spiritual act? In my experience, I see people capturing beautiful moments to share with their followers. As I scroll through my feed I see pictures of flowers, sunsets, family gatherings, a cathedral, and the first crop of vegetables from a backyard garden. All are images reminding me of God’s great glory and His bountiful gifts.

Are you an Instragram fan? How do you use the app? Is Instagram a new medium to share God’s Word with one another?