Behind Closed Doors: Breastfeeding and the Bedroom 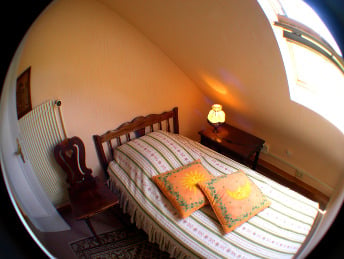 Behind Closed Doors: Breastfeeding and the Bedroom

A few weeks ago an infant bottle manufacturer released a couple of statements via Twitter that created quite a stir from men and women alike. An attempt to be of a humorous nature, it revealed a scenario few families are willing to talk about. The offending tweets were geared towards fathers stating “reclaim your wife”, and “competing with baby for mommy’s attention?”, as if breastfeeding is incompatible with an intimate relationship. This is far from true. Unfortunately, many fathers do indeed feel left out and perhaps confused when the infant is breastfed. The most notable being the physical and emotional changes that take place during the transition to motherhood. Breasts fulfill their primary role of being a source of comfort and nutrition, not sexual objects. As a society, this is not something that is perceived as normal. The continued conflicts nursing mothers experience feeding in public is proof of how skewed our sense of dignity of the human body is. It is completely acceptable to post images of nearly nude women on billboards and magazines, yet the discreet act of breastfeeding draws hostility.

In addition our culture has associated affection with bottle feeding so strongly that other ways of bonding with the infant are disregarded as equally important. Dad also misses out on the natural hormonal kick mom receives every time baby latches which reinforces the maternal bond and provides a euphoric boost. Mom also is more inclined to resist physical affection due to the feeling of being “touched out” from nursing the baby which dad may interpret as rejection. The reality is God placed those biological factors in place to prevent a woman from becoming pregnant again too quickly, and to increase survival odds for the baby.  Behind all of these actions are very simple explanations, yet if one is unaware, preventable emotional issues can surface. For couples that practice Natural Family Planning, they are well grounded with the knowledge of a woman’s reproductive system, and gifted with the art of restraint. These changes in the dynamic are no surprise, which limits the tension that might be created during periods of abstinence.

For those who feel that breastfeeding would negatively impact intimacy, it is important to remember that once an infant is brought into a family, regardless of feeding method, special considerations must be made to sustain desire. A mother may not feel her most beautiful 8 weeks post-partum. You may have a colicky infant that temporarily restricts encounters. A good night’s sleep may be more tempting. These are all rites of initiation into parenthood. If nothing else, the challenges should be taken up with humor and extra effort to continuously woo our beloveds between diaper changes and burping. Taking baby on an outing to the grocery while mom stays and naps can be one of the most romantic gestures you will ever provide. As mothers, it is important for us to include fathers. Babies love lying on a father’s bared chest, hearing his heart beat while snuggled under his chin. If that makes dad nervous, babies will never be bored by fishing stories or hearing him read the paper. There is a different type of intimacy that is meant to be experienced at this time, and should not be ruled by frustrations and misunderstandings. Enjoy every moment!