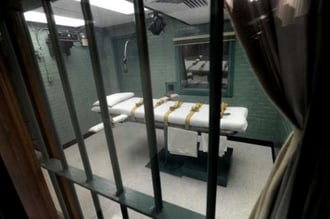 I am a Roman Catholic. I’m also a prison guard who works face to face with offenders whose crimes range from petty theft, car jacking, kidnapping and drug dealing to murder and whose sentences range from ninety days to life without the possibility of parole.  I’ve always worked in maximum-security prisons though I’ve never walked on death row or witnessed a state execution. I am opposed to the death penalty.

I am one in an ever-growing civilization within the Culture of Life united with the Pope and the United States Conference of Catholic Bishops (USCCB) who support political actions in America and around the world aimed at eliminating the death penalty.

“Ending the death penalty would be one important step away from the culture of death and toward building a culture of life.” A Culture of Life and the Penalty of Death  - USCCB, 2005

We cannot teach that killing is wrong by killing …we believe human life is a gift from God and that it is not ours to take away.” - Cardinal Theodore E. McCarrick – Holy Week Campaign to End the Death Penalty, 2005

In the latter decade of his pontificate, Pope John Paul II advocated for the end of the death penalty with uncompromising fortitude and clarity. The current of this advocacy, which runs deeply and powerfully in the Church and society today, resulted in the modification of the Catechism of the Catholic Church, No. 2267, in 1997.

Assuming the guilty party’s identity and responsibility have been fully determined, the traditional teaching of the Church does not exclude recourse to the death penalty, if this is the only possible way of effectively defending [my emphasis] human lives against the unjust aggressor.

If, however, non-lethal means are sufficient to defend and protect people’s safety from the aggressor, authority will limit itself to such means, [my emphasis] as these are more in keeping with the concrete conditions of the common good and more in conformity with the dignity of the human person.

Today, in fact, as a consequence of the possibilities which the state has for effectively preventing crime, by rendering one who has committed an offense incapable of doing harm—without definitively taking away from him the possibility of redeeming himself—the cases in which the execution of the offender is an absolute necessity "are very rare, if not practically non-existent."68

“Modern society has the means of protecting itself, without definitively denying criminals the chance to reform. I renew the appeal I made most recently at Christmas [1998] for a consensus to end the death penalty, which is both cruel and unnecessary.” St. Louis, MO, January 1999

“Punishment cannot be reduced to mere retribution, much less take the form of social retaliation or a sort of institutional vengeance.” Jubilee Homily to Prisoners, Rome, July 2002

“…Nor can I fail to mention the unnecessary recourse to the death penalty . . . This model of society bears the stamp of the culture of death, and is therefore in opposition to the Gospel message.” World Day of the Sick, Washington, DC, February 2003 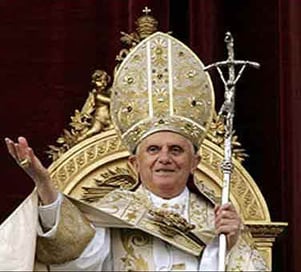 “I greet the distinguished delegations from various countries taking part in the meeting promoted by the Community of Sant'Egidio on the theme: No Justice Without Life. I express my hope that your deliberations will encourage the political and legislative initiatives being promoted in a growing number of countries to eliminate the death penalty and to continue the substantive progress made in conforming penal law both to the human dignity of prisoners and the effective maintenance of public order.” Public audience, Wednesday, November 30, 2011

In cases where the death penalty has been imposed, a stay of execution is often sought to defer the execution of the convicted person. This may occur if new evidence is discovered that will exonerate the convicted person or in attempts to have the sentence commuted to life imprisonment. (Wikipedia)

According to the Death Penalty Information Center, there have been 138 exonerations of death row inmates since 1973.

As a writer for CatholicMom, I remain strongly committed to being very short on personal opinion and resolute in the Truth, the fullness of which is preserved, protected, promulgated and unfolding in it’s splendor through Sacred Scripture, Sacred Tradition and the Magisterium of the Catholic Church.

In accordance with the Gospel message, as a Catholic and as a resident of one of the 34 states in America that maintain the death penalty, if given the opportunity, I would be compelled, in good conscious, to vote for a permanent stay of all death penalty sentences in order that they would be replaced with the sentence of life without the possibility of parole.

At the end of the day, this old guard agrees with the Church, Blessed Pope John Paul II, Pope Benedict XVI and the United States Conference of Catholic Bishops and I believe that for everyone concerned, life without is better than no life at all.

The Vatican, The Holy Father and the Death Penalty

A Culture of Life and the Penalty of Death

The Death Penalty - Questions and Answers