How to Respond to Mean Moms 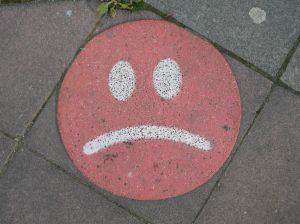 How to Respond to Mean Moms

The other day, during a catechism evening at the parish where I assist, I met her.

She is a Catholic mom, who obviously cares enough to enroll her kids in catechism, with a baby on the hip and six more beautiful look-a-likes in tow.  Based on appearances only, she struck me as quite a good profile of where I’ll probably find myself in a few years.

One thing I didn’t anticipate though: she was mean.

I’ll spare you all of the gory the details, except to say that she was very put out by having to fill out the paperwork required for the program by all parents for all of their children (tough when you have more than two, granted, but you know, that part is not really our fault or anything) and she practically slammed the binder out of the good nun’s hands as she wrote in it, but you get the picture: she was mean.

I have to confess, the tragic irony of the scene made me chortle as she stomped away closed fisted, with a set of small heads trailing behind her (but the best response award goes to the nun at my side who called after her cheerfully, “God bless you!”).

As is the case with most disturbing scenes that strike someone as just plain wrong, the incident stayed with me and forced me to pray.

Something a priest said from the pulpit has always remained with me: that the moment you dislike something about someone else, it’s because they are showing you something you don’t like about yourself.

Yes, I too have been bitter and resentful and have complained about my crosses.  Yes, I too have critiqued religious education programs and bemoaned certain requirements and hoops I’ve had to jump through.  I too have been overly angry and behaved in a way that has embarrassed my children as well as my spouse.  Yes, I have vented anger and harmed myself and my relationships with others.

I have been that mean mom, maybe not in public, but at different times, in private, in prayer, to my children and those who I should love the most.

Those of us that struggle with anger lack peace in our hearts and we can’t help but sow discord everywhere.  What is inside of us does become manifested whether we try to hide it or not (and most of the time, anger is like a dam we feel we can’t control).  So pray for us.  And check out God’s funny response to mean moms:

I spoke with God all week about the incident: “Lord, what was her problem?  It’s not like anyone is forcing her to be in the program.  It’s not like we’re the ones that made her have that many kids.  Her crosses certainly aren’t heavier than all the other big families I know where the mom is actually kind hearted and nice to people.  What a grouch, what a -. Poor woman, poor Sr. So and So, and those poor kids!”

You get the picture.  I too was venting.

You have to imagine it a bit like an Austin Powers moment, where you’ve just elaborated some important point in detail and were only met with a shallow, “And?”

It forced me to consider: what was my point anyway?  A mom was mean, so what? The lesson was simple enough: learn from her example, don’t imitate it, and move on.

"People are unreasonable, illogical, and self-centered. Love them anyway,” Mother Theresa wrote.  It certainly wasn’t the last time I was going to encounter illogical behavior in my life…or even within that week.  So I moved on.  I didn’t have a point – but God did: love those who have no peace, and you will have found your own.

So I prayed for her and for myself and I was able to wish love and peace on that mom, in the end. And yes, in doing so, I was able to find peace myself.