My Kids Are Finally Mine! 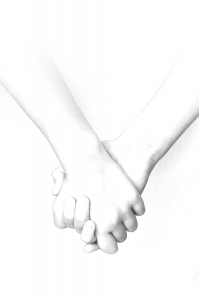 It’s official, the state of California now officially recognizes my husband and I as the adoptive parents of our children!!! In our minds, they’ve been our children since last year, but now it’s official, no one can take them away from us, and that in itself, is a reason to celebrate!

Our court date was given to us; only a few weeks ago and so planning had to happen quickly.  It’s amazing how in moments like this; people will drop everything to be there.  Almost everyone attending drove between 3-5 hours each way to share our big day with us!

We arrived at the courthouse for our morning appearance, and that in itself, is nerve wracking.  Although we left early, somehow we were still pushing it to make it on time.  I would use the old excuse, we have kids, but it was our fault since we had to stop for gas.  Once we arrived at the courthouse, we had to wait in the morning line to get through the metal detector.  I had prepped my kids about what a courthouse was and what a judge looked like, thanks to Google images.  I had forgotten about the metal detector however, and as we headed through it I related it to when we go on a airplane, only to realize that we only pick people up at the airport, (so that was a useless comparison), and instead promised them that someday we’d go on a plane.  I mean I have the rest of their lives now to take them places!  (And I won’t need court permission!)

I had dressed all of us in a matching color and I admit we were dressed up for the occasion, so the nice people at the front were all asking if we were heading to adoptions.  Was it that obvious?  Apparently people don’t color coordinate for most court hearings.

When we arrived upstairs, we were ushered to the courtroom door by my cousins and their children who had driven four hours that morning to be there to celebrate with us.  They brought with them 2 large stuffed animals, easily the size of my children, it was a joke gift to honor my mother who passed away several years ago.  The kids were in heaven and nicely distracted from the cold courtroom!  The rest of our 19 friends and family were either parking or in line with security but court was getting ready to start and I was getting nervous.  My 94 year old grandma had even come for the event, but wasn’t in the room yet.  The bailiff began to get the court ready and asked if everyone was here.  I told him we were still waiting and to my surprise, he told me to just let him know when everyone arrived.  The judge went ahead and heard other cases until everyone with us, made it to the courtroom.  It turns out that it was actually great that we waited because by the time the judge got to us, we were the last case for the morning and so he really took his time.

Our entourage was lead back to the judge’s chambers where my husband, and I were told to sit down at his desk.  With the kids on our laps, he began by having us swear in, the kids raised their hands too, for fun.  The judge began by informing us that our children we ready to be adopted and that it was the court’s job to determine the best adoptive placement for them.  The judge had reviewed our case and determined that we were the best placement for our children.  Then he went on to begin the signing for each child.  He told us that by signing these papers, we agreed to take on all rights and responsibilities for these children.  We are to treat them as our birth children and we are expected to give them a good home and they are to receive any inheritance.  I wish I had the exact words the judge used, but it was just amazing.  The court really took care to choose the words that made sure people understand what they were undertaking and my favorite part was how they were to be treated as if birth children.  This does not negate the fact that my children will always have birth parents, which are not my husband and I, but in our minds, we are to treat them as though we brought them into this world.

The wonderful ceremony was followed with a reservation at a local restaurant.  The lovely restaurant manager, who I made the reservation with, had found out why were coming and gave us the whole private back room.  Hours passed as we ate and visited and made sure to get the kid’s pictures with everyone who came.

It was the perfect peaceful end, to a journey, which at a few points had me unsure of the outcome.  And now, after it’s all said and done, my husband and I are getting antsy to adopt again.  My daughter has been asking for more siblings, and who can say no to a cute 5 year-old!  I’m sure people will ask, why we would want to go through all that trouble again, and I equate it to mom’s who have just given birth.  They don’t remember the labor pains they only see the beautiful child they’re holding.  There are more children out there who need us to hold them.