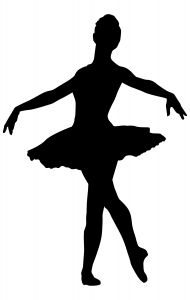 During my first pregnancy, I dreamed of having a little girl.

In my imagination, she wore a pink tutu and a sparkling smile. She was always dancing.

But whenever I’d pray, there she was again. The daughter of my dreams.

As my waistline expanded, my young husband and I made preparations to welcome our child. While Don painted the babies room, I stenciled dancing bears along the windowsills. “I can’t wait…..” I told myself.

In my six month, I had a routine ultrasound. “Everything looks normal…” the doctor said. I was sure that my prayers for a healthy baby had been answered.

The first snow of the season began to fall about two weeks before my due date. That afternoon, I found myself Christmas shopping at a local department store. After filling my cart with small gifts, I passed a brightly lit tree decorated with hundreds of ornaments.
.
Amid all the dangling angels, shepherd and stars, I noticed a tiny ballerina.

Her creator had crafted her simply; a white painted face, two dots for eyes and a penciled line of red for a smile. She wore a pink smock trimmed with a ruffle, no sequins or stockings or slippers. Yet her form was elegant. Her wooden arms were arched in a pose that looked like praise.

Memories began to surface as I held the ornament in my hand. In an instant, I was a little girl again and it was Christmas morning. As my other siblings slept, I sat in our living room on my fathers lap. Underneath our twinkling tree the presents were piled high.

“Ho..HO…HO…” my father said, grinning. He handed me a small package. I happily tore away the wrapping and found a small music box. I opened the lid and a ballerina sprang up, her pink tutu glittering

I watched as my dad wound the box with a golden key. With each crank, the dancer twirled to a tune that sounded like clock chimes. It sounded like music from heaven.

“Someday I’ll dance too…” I thought.

But it was not to be.

With 8 brothers and sisters, my parents couldn’t afford dance lessons. As the years of my childhood passed, I spent many afternoons watching the dance recitals of my young friends. In high school, even though I practiced for weeks, I missed the final cut for the dance line. When I was a sophomore in college, I took a ballroom dance class. By then, I had learned to laugh my way through unmastered rhythms and steps. My good-natured classmates chuckled at my exaggerated twirls.

But now, as I cradled the little ballerina, I closed my eyes. “Maybe someday my child will dance. “ I said.

The cashier wrapped the ornament in layers of tissue paper as I felt the first pains of labor. “It’s time…” I told myself.

I tucked the ornament into my purse.

Later that night, at 9:46 pm, Sarah Marie was born. Forty Five minutes later, I was recovering in a maternity ward bed. As I rocked my newborn, Don looked on. We couldn’t stop smiling.

But our joy was short lived. Soon a team of doctors began gathering around my bedside. They wore surgical blues and held clipboards. They paced nervously.

“We believe your baby has Down's syndrome” one doctor said. His voice sounded like a whisper.

A profound stillness filled the room.

We had made plans for a child much different than the one he was describing.

“There are support groups here at the hospital for parents of the handicapped” another doctor suggested.

“Parents of the handicapped.” It was an identity that demanded a surrendering of dreams.

Midnight came. In the dim light of the maternity ward, Sarah slept in a little crib right next to my bed. I looked in wonder at her tiny face. I searched for signs of a disability but all I could see was the loveliness of a little girl.

Her eyelashes were long and curled. Her skin was blushed. There was a little dimple on her left cheek.

With misting eyes, I reached for a Kleenex in my purse. But instead, I found the tissue-wrapped ornament.

I peeled away each layer of wrapping.

The ballerina was broken…

It’s been over two and a half decades since that snowy evening.

Tonight I’m sitting in front of our Christmas tree. Outside my living room windows, snowflakes are falling. On the very top branch of the tree hangs the broken ballerina. The glue marks that have held her together for years are still visible. But the keepsake is precious to me. Each time I look at the ornament, I think of Sarah.

God gave her just twenty three years on earth. Sarah’s life, though brief, was a sacred balance of beauty and brokenness.

Of course, it was her brokenness that most of the world noticed. Like all children with Down's syndrome, Sarah had slanted eyes and low muscle tone. Her speech was impaired. She wore thick glasses and never functioned beyond the level of a second grader.

There were times when her handicap was hard on our hearts. Other children in the neighborhood often joked about her appearance. Over the years, Sarah’s two younger sisters, Christina and Rachael, endured many ignorant and cruel remarks. There were health concerns and medical bills. All of this put a strain on our marriage.

But Sarah’s brokenness could never diminish her beauty. From the moment we brought her home from the hospital, she was like a candle that could never be snuffed out. Her eyes were filled with light. Her smile was radiant. The love she imparted shimmered in our home.

Each member of our family was transformed by her presence. Christina and Rachael are recent college grads. Both of them have chosen professions that advocate for persons with Special Needs. Though Don and I divorced ten years ago, we remained bonded by the love we have for our children and our cherished memories of Sarah. As a teacher, Don has a framed picture of Sarah in his high school classroom. “My students like hearing about her,” Don often says. We are a very imperfect family but God continues to bless us richly.

On this snowy night, I’m dreaming as I did during my first pregnancy. If I close my eyes, I can see Sarah dancing in heaven. The image is wondrous to behold. It reminds me that sometimes dreams come true in unexpected ways.

For it was Sarah who taught me the dance of faith.

Without Sarah, I would’ve never heard the sweet music of grace. I would’ve missed the opportunity to twirl in the rhythms of hope. The waltz of true love and unconditional acceptance would never have been learned.

In the world’s eyes, Sarah was broken and disabled. But she was the daughter of my dreams. She guided me to the outstretched hand of God.

This Christmas, turn your ear to the music of heaven.
If you are broken, take hold of God’s hand.
The dance of faith is waiting to be learned.