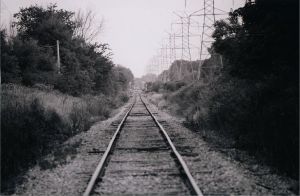 Elizabeth Foss's essay, " What I'm Never Going to Tell You," struck a cord with me the first time I read it.  I shared it with my homeschooling friends and it was a big hit with them too.

I knew it would be.

Most of the ladies there if my vintage tried super hard to have their homeschools reflect their devout Catholic beliefs, in a cross between whatMary Kay Clark demanded and Kimberly Hahn inspired. We prayed together, we took field trips to religious sites, we had May Crownings, and dressed as saints for All Saints Day while carving religious symbols into our pumpkins, and when it came time for them to be in youth groups we regulated that as well. The spring dance required decent bodices for the ladies (no strapless or spaghetti string gowns) and a dance lesson so that the kids wouldn't do any of the bumping, grinding and other suggestive dances well known to their public school (and dare I say Catholic school) peer group.

We sacrificed, we prayed, we worked hard, and with all of that we hoped our kids would turn out to be saints.

With our first group of kids now into their early and mid twenties, it's clear that they had their own ideas.

My oldest son, Calvin, by many standards, would be a success story. He is a trained EMT with over two years of experience, and will be a paramedic graduate in a few short months. He works hard, is dependable, and getting good grades in his paramedic course. He also has a very sweet girlfriend that he has been with since high school.

Yet despite all the trips to the Franciscan University Youth Retreats, attending Sunday School and home schooling from kindergarten, Calvin is not entirely living according to his station as a single young man.

It's a conundrum for me, because he will actively defend the Catholic Church to his friends. Yet he told me to my face that although he absolutely believes everything that the Catholic Church teaches, he, " Just can't live like that right now mom. I will when I'm older."

Cal isn't alone. His homeschooled peers can cuss and use profanity with the best of them. Drinking, tattoos, premarital sex, and indecent Facebook pictures are sadly quite frequent.

And this is where Mrs. Foss's article really soothed my worried-mother's heart.

We can be confident that they will leave home and that they will all make poor choices and some of them will make poor choices. However, we can cling to the truth that as we wait for God to work in the hearts of these children in whom we've invested so much, it is we who can rely on the grace of all those years of doing.  It is we who soak up the encouragement of the noble, true, right and lovely things we taught them and cling to the faith that the seeds were planted and one day the fruit of potential we know is growing will ripen on this tree we tended lovingly when it was just a vulnerable sapling. We can reflect on the years in our homes and know that that those children--despite their poor choices in the moment--do know who Christ really is. They have walked with Him in the lives of their families. They just don't really think they need Him right now. But soon enough, I think, they will.

This is where I think some very practical advice comes in handy. I base this on some of the advice of my mother (what to do), my grandmother(what not to do) and a wise priest I talked about all of this with in the confessional.

1. Don't shut the door. My Grandmother's big thing, for whatever reason, was that if you do this, that, or the other thing, "you will never ever be welcome in this house again." Nothing gives the recipe for a decades-long family rift than an ultimatum like that.

2. Instead, I tell my kids, including Calvin, that if they ever make a mistake, or get into trouble, they must call me and their dad, because we will love them no matter what, and we will help in any way that we can.

3. At the same time, I won't condone whatever is going on. Calvin and I have a discussion just about every time he comes home about how I'm not happy with the current situation. We had one long discussion about it, now they are much smaller, basically a sentence or two or even just a few key words. But he is aware of our feelings on it and that his behavior is not condoned.

4. That said, I don't nag him about it incessantly. I want my boy to feel comfortable and to want to come home and that won't happen if he thinks it's not worth it to come in if he has to "face the music" every time he comes in.

5. I keep him aware of what's going on in the liturgical year, i.e.: "Tomorrow is Ash Wednesday, if you get a chance go get your ashes," "Are you giving anything up for Lent?" " We're going to mass at 11 on Sunday and then eating out, want to come along?" Just enough to keep him within view of the Church and the Liturgical year.

6. Be kind to their significant others. Take opportunities to teach them about the faith whenever it's appropriate. But don't ever make it an "us or them" situation, because that just won't ever go well!

8. Continue to mold the little minds that are still in the family circle and don't give up on them yet! In many families it's the oldest that puts up the most rebellion, so don't assume or expect the others to follow suit, especially if you continue to talk to them about good decisions and moral choices.