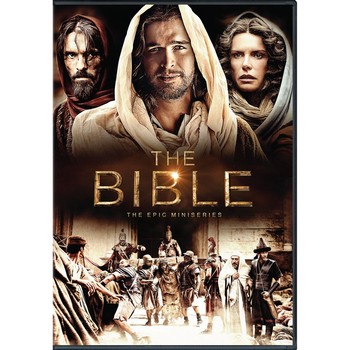 To celebrate the amazing success of "The Bible" miniseries on the History, we're thrilled to offer our readers the chance to win an amazing "The Bible" prize package, which includes the 4 DVD set of the entire production along with the CD of music inspired by "The Bible". The first three installments of topped the ratings for all of television. With over 68 million viewers, "The Bible" is cable's #1 new series of the year. The final two episodes will premiere this Sunday, March 31, and the entire series will be available on DVD April 2.

The Bible: The Epic Miniseries

The Bible Series CD - Music Inspired by the Epic Miniseries

To enter to win this prize, leave a comment below by midnight PT on Sunday, April 7, 2013. One winner will be randomly selected to receive this prize package.

Update - Congratulations to Melanie J. our winner, who has been notified of her prize. Be on the lookout for another contest soon! LMH