Today's Catholic Techie comes from that Google+ group I raved about a while back. Anthony Fink is an artist, but you know what I find so fascinating? He's also pretty normal (I define normal verrrry loosely). He has been my glimpse into the interior of an artist's life and how faith ties in with it.

It's one thing to read about art and be fascinated by it. It's something else entirely to see someone at work, to hear about their day, to interact with them and see a project from start to finish.

Anthony's active in a number of places, including Google+ and Facebook. (And no, he would NOT send me an actual picture. Ahh, well, we're a volunteer operation, so I give you his artwork here, instead of his mug shot.)

He has personal engravings that have been on my wish list for, well, as long as I've known him. (The "how he does that" is soooo interesting. And terrifying. It involves a LASER. No, really!)

His personal art blog, Narf Goes the Weasel, will suck you in if you're not careful (don't say I didn't warn you). You'll also find him at Team Orthodoxy (how have I not found that before now?), where he writes blog posts and comics.

So, now that I've imperfectly introduced you to Anthony, I'll let him take it away, with his artwork punctuating the interview. 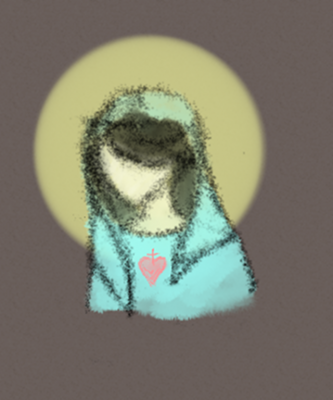 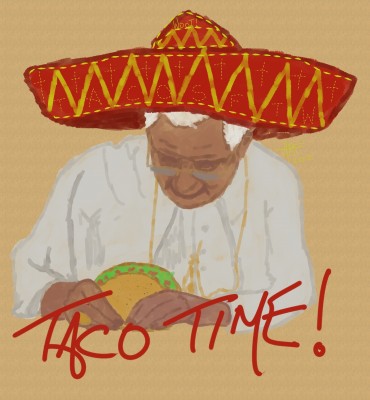 I love anything where I make stuff. This currently includes watercolor painting, digital artwork, laser engraving, and the occasional bit of electronics or other miscellaneous hardware modification. If I can finish and point to something and say "Lookit, I made that!" that is what makes me happy. 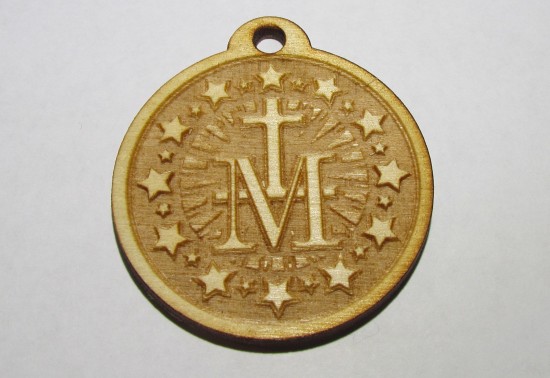 I think one of the most exciting aspects of the New Evangelization is that it's really the same old evangelization. It's great to know I have shoulders to stand on, and that this has all been done before, where speaking to souls is concerned. I'm primarily an artist, and in that regard I have access to thousands of years of really amazing work and incredible example to follow, and that is very encouraging.

People have always been able to respond very well to art in their faith, especially people who have a real struggle with some of the more difficult intellectual aspects of the faith. Art has this ability to reach people who otherwise wouldn't ever be reached, and it also has the ability to very quickly penetrate the soul. And I don't just make beautiful pictures of saints either, I take the approach that anything which is beautiful can soften a soul and lead back home to God. Our world produces so much "art" that is filled with twisted sexuality and brutality and violence and meaninglessness. So even when I'm not making something that's explicitly Catholic I still always try to maintain a certain standard, just to provide a way for people to escape from the filth and rest their eyes on something better.

What makes me really excited to continue my approach as a Catholic Techie is the realization that the tools I have available to me today are so incredibly powerful. Computer-aided digital artwork makes it very simple to take good ideas and get them out of my head and manipulate them in a manner far more convenient and faster than paints. I use computers to do laser engraving, which allows me to make cool objects like unique one of a kind pendants or medals without any tooling. Powerful web tools let me publish anything without learning how to code for the web. It's all really remarkable, and would have been completely impossible even 5 years ago. 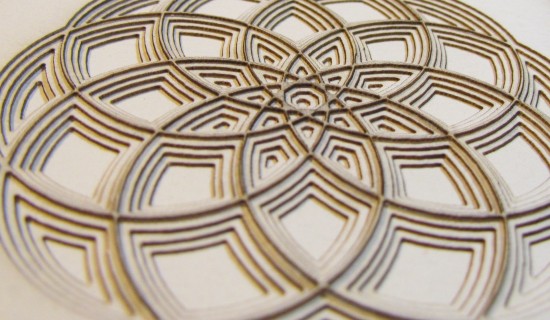 I think the most rewarding part of my work is being able to stand back from it and look at it. A wise man once told me that God's favorite hobby is making things, and He loves it so much that He made everything. I feel to much joy to be a small part of that. 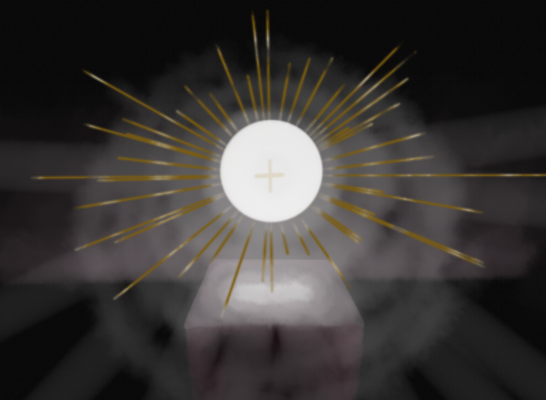 It depends on the day. I like times when I can go screenless, and really should do that more often. You're very likely to find me laying on an old couch, dozing off, with a pair of big headphones on, listening to something lovely and daydreaming. Other times I'll take my bike out, or play Barbies (it's a full contact sport around here) with my 4-year-old sister.