What about “the woman”? 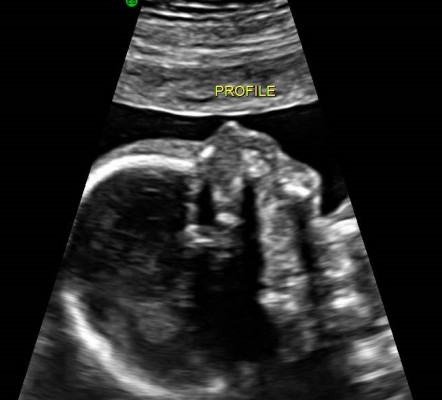 Recently we attended the one-year birthday party of our soon-to-be nephew. I say soon-to-be because my sister-in-law and her husband are in the process of adopting him. Legally, he is a ward of the state being guarded, protected, raised, and most definitely loved by two people who are unable to have biological children. And so, through a foster-adoption program, they have become the only parents this child has ever known. And nobody more than my sister-in-law is aware of what that means.

He is their son thanks to his biological mother.

And that realization couldn’t have been more evident than in a two-second pause that occurred one week ago when we gathered to celebrate this little guy’s first year on the planet and say grace before we ate.

As my sister-in-law prayed, she started to thank God for her son’s biological mother, “wherever she is…”

And then she paused – a passing second, no more than two – a moment, barely long enough to swallow that familiar lump – hardly noticeable but for the breath that would gently calm the voice threatening to shake.

That pause — so brief and yet so pregnant with its own sorrow and grief and joy and thanksgiving, that one can only speculate on the what-ifs that filled the void between words. A pause, which coddled within its composing embrace, one woman’s recognition of the eternal impact another woman’s “choice” had.

Her words were full of gratitude, but it was her lack of words that left the heaviest impression.

So often in the abortion debate, you hear accusations from each side about whom they do and don’t care about. A popular line, of course, from the proponents of abortion is that the defenders of life only care about the “fetus” and not the woman or the child after he or she is born. They argue that a woman facing an unplanned pregnancy has a “right to choose” to end that pregnancy rather than raise an “unwanted child” or endure nine months of pregnancy only to “give up” the child to adoption.

Never mind that her feelings about the pregnancy or child may change in a matter of months if not weeks; that staring into the face of her baby at birth might tap a dormant maternal instinct she was certain she didn’t have. Never mind that she cannot predict the blessing upon blessing that could be in store if she just allowed the fear and unknown flooding over her in the moment to dissolve into the past as all temporal frenzies inevitably do.

But the abortion industry and its supporters capitalize on that fear in order to push immediate action – a solution that is meant to spare lifelong consequences when in fact it only creates them.

The solution offered in defense of the woman is an opportunity for her to kill her child.

Many will take it… and will suffer the rest of their lives knowing they can’t ever take it back. They can never redo or reset the instant they climbed onto a table and allowed a “doctor” to insert a device into the cervix and evacuate the tiny human being who did nothing – absolutely nothing – to deserve being sucked out of what should be the safest place on earth thanks to a decision made by the very person he or she was relying entirely on for protection.

While some may not recognize this, all abortion advocates at some level paint themselves as the compassionate ones and the pro-lifers as cold and discriminating.

But in fact it is exactly the opposite.

The pro-life position is not only deeply compassionate, it is holistically compassionate – concerned with the comprehensive effect a decision based on pure emotion can have on the internal and external realities of not just one woman, but all women and men who will be affected. It recognizes the catastrophic ripple that aborting just a single unborn person has on the world, unbeknownst to just about everyone… even the woman who makes the decision. It accurately assesses and answers the question that pro-aborts claim it ignores:

What about the woman?

What about the woman who must live with the knowledge every day of how she ended the life of her own flesh and blood?

What about the woman who learns as an adult that she had a brother or sister who never saw the light of day because that child wasn’t wanted by her mother?

What about the woman who could have smiled and cried and lived both the pain and joy of earthly existence like the rest of us had her right to do so not been taken away before she was even born?

You better believe the pro-life side cares about the woman – every single one.

What About Socialization?
Read
Question of the Week: Which Gospel Woman Are You?
Read
What Homeschoolers Need to Know about Common Core
Read