Therefore keep watch, because you do not know the day or the hour. - Matthew 25:13

It wasn’t unusual for John and I to let some months pass without talking.  Ours is a friendship – a brotherhood – that aged with distinction for more than twenty-five years. There was an unspoken trust between us - a silent assuredness - that we would always be there to catch up, to pick up, and prayerfully hold one another up at any time and in any season.

John phoned me early in the morning in midsummer. The loud, digital ringing startled me though I wasn’t fully awake. He was calling to thank me for a package I sent him and, realizing I was still in bed, we agreed to talk later that day. Later came and passed into weeks before I would leave John a message reminding him to call me when he had the chance.

John rarely called when he said he would and he always called when you least expected to hear from him.  The last time I saw John was in a dream the morning of November 21.

We were standing at a bus stop on the corner of a very busy downtown city street. John appeared as remarkably fit as he was in his running days of our military service long before he was diagnosed with Reflex Sympathetic Dystrophy Syndrome and debilitating depression. These infirmities were the vertical and horizontal beams of a cross of unbearable weight and unimaginable suffering that John carried with Christ-like courage and perseverance for nearly twenty years. 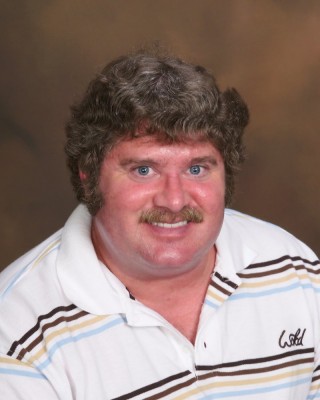 In my dream, John and I were standing side by side amid a large crowd as we watched a line of small yellow buses drive past. The last words I said before waking up were, “We’re waiting for the white bus, John.”

I can’t explain why, after this dream, I was certain that any attempt to contact John would be futile. That morning, with much trepidation, I typed John’s full name and city of residence into the Google search engine. The obituary, published in the Courier Express on July 31, 2013, confirmed what I already knew in my heart.

A Life Fulfilled in Redemptive Suffering

The Church teaches that no suffering - physical, spiritual, emotional, mild or severe - is meaningless, but rather, has supernatural power when united to the Cross of Christ. This, in a nutshell, is the theology of Redemptive Suffering.

…By his passion and death on the cross Christ has given a new meaning to suffering: it can henceforth configure us to him and unite us with his redemptive Passion. - Catechism of the Catholic Church, No. 1505

A Knight at the Foot of the Cross

Prayer can rise from our hearts like the light that rises from a silent flame, but which illuminates all around. - St. Maximilian Kolbe

As a member of His Mystical Body, the Church, John lived his baptismal union with the life, death and resurrection of Christ and he understood the redemptive value of the slightest suffering united to the Cross.

Many years ago, I encouraged John to consecrate himself to Jesus through Mary in the Militia of the Immaculata (MI) as a Knight at the Foot of the Cross. I would frequently request John’s prayer on behalf of my family and others who were suffering. On occasion when John’s cross was just too heavy, he would call or email me and humbly request the intercessory prayers of his brothers and sisters of the MI Youth and Young Adults.

John always responded to the needs of others with his entire being. He would not only offer up his suffering, but he would offer up the graces he would receive in Holy Communion or in his many hours of Eucharistic adoration.

I knew John very well. I personally believe that countless hearts received the illuminating grace of conversion, human suffering was alleviated around the world, prayers were answered and souls in purgatory were relieved and released by the offering of John’s suffering and prayer. Such is the mystical power of our suffering united with Christ’s redemptive Passion.

Lonely But Not Alone or Abandoned

Having lived the majority of his life alone, not even the pain of loneliness was squandered by John in useless misery or worthless self-pity.

Although he never married, John joyfully claimed as his own the Immaculate Heart of Mary – the Mother of God – the most beautiful woman ever created.

At the End of the Day

It will be good for those servants whose master finds them watching when he comes. Truly I tell you, he will dress himself to serve, will have them recline at the table and will come and wait on them. - Luke 12:37

All things considered, even though I awoke from my dream before the white bus arrived, I’m confident that John boarded with a ticket to Paradise.

Blessed is the man who endures trial, for when he has stood the test he will receive the crown of life which God has promised to those who love him. - James 1:12-18

What suffering can you unite to the Passion of Christ for the benefit of others? Is there someone in your life who would be blessed by a call and a prayer today?