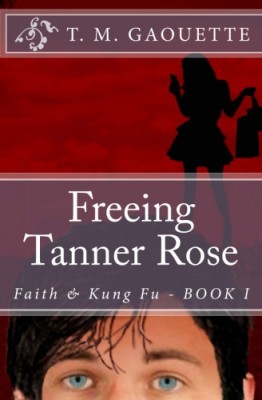 1 Corinthians 10:13 teaches about trials and temptation, and its lesson is the premise for my newest novel, Freeing Tanner Rose. My desire was to relay that message in this novel. It’s a story about restraint in a world of inducement and it introduces two young characters, 14 year old Tanner, a Hollywood starlet, and 16 year old Gabriel, a country boy. Their paths cross when Tanner’s sent to stay with him and his mother after her partying ways start affecting her work.

Gabriel is devoted in his Catholic faith, but Tanner, although born into hers, has never found her spiritual self, has never known God, and as a result, has lost her way in an industry saturated in temptation. Needless to say, sparks fly when these two characters meet. They live in completely opposite worlds, but are forced to reside under the same roof. And this association raises many issues under the temptation premise, from modesty and self-confidence to vanity and addiction. And these subjects then go on to prompt the question of which entity wins ultimately, at least within the constraints of this particular story? Will it be faith or temptation?

Following is an excerpt from the novel and it gives an idea of the tumultuous relationship between the two characters.

Gabriel laughed softly, but he couldn’t look at Tanner when he answered, “I don’t hate you.”

“Well, you don’t like me,” she said. He looked at her now and she raised her eyebrows as if challenging him to argue with her. “Whatever,” she said quickly. “I like to party. It’s a stress relief for me.” She walked along the wall looking at the pictures as she spoke. “And yes, I like to drink and get high and it’s freeing.” She was grinning now, as if imagining the sensation. “There’s this place we go to whenever I’m here…well, in the city. It’s this kid’s house. He’s a casting agent’s son, I won’t tell you who,” she said, throwing him a mischievous glance. “Anyway, we just all dance in this room, completely out of it.” She glanced at him and he stared back at her, expressionless.

“Oh, you totally have to be there,” she said happily. “It’s the most freeing experience ever. I’ll take you one day.”

“I mean, I don’t see how being in a state of complete abandon can be freeing. You’re not free. You’re just out of control. I would never want to feel out of control. There are so many other ways to feel free of anxiety and stress without losing yourself in such a reckless and unsafe environment.”

“What, like martial arts?” she asked with a sniff. “Or prayer?” Gabriel looked at her and it was his turn to smile.

“You don’t know free until you open your heart to Jesus Christ,” he said. Tanner held his glance for only a moment, and for the first time, his crystal blue eyes angered her. She wondered whether he was looking down on her. I’m Tanner Rose. You’re just a home-town hick with no ambition. She wanted to say this out loud, but she knew he’d make her regret it the moment the words left her mouth. And so she didn’t say anything. Instead, she glared the words at him. Gabriel felt their intensity and welcomed the manner in which she relayed her message, aware that they were mean, and better left in her head. Once transmitted, she turned on her heel and headed out of the barn.

“I’ll be gone soon and you can have your boring life back,” she called over her shoulder. (Freeing Tanner Rose) 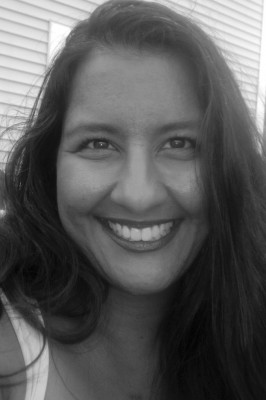 Temptation is a struggle for almost all people, and for those who are able to resist in moments of weakness are likely successful as a result of a higher power. This isn’t temptation like a chocolate donut entices someone on a diet, although it resonates from the same place within each of us. It’s temptation that is larger and prompts more of a consequence if successful in its alluring.

The reality of such enticement in our world today is evident in so many ways. And teens are a demographic still in the midst of confusing emotional and physical changes. They’re not the only group dealing with temptation, but they are certainly feeling the brunt of the pull, and so I decided to write Freeing Tanner Rose. It’s the first in a four book “Faith & Kung Fu” series. Each book will introduce an issue that teens and young adults are faced with, while incorporating the strength of the Catholic faith and the fun of kung fu.

As with my previous novel, The Destiny of Sunshine Ranch, I’m finding that readers are enjoying the details in Freeing Tanner Rose. But more than this, the many aspects of temptation, their relation to teens and young adults, along with God’s role in the whole subject are a big appeal.

“If you’re looking for a great book about temptation, friendship and God, you’ve got to check out Freeing Tanner Rose. It’s full of beautiful descriptions, intriguing characters and the reminder that loving God is a way of life.” (Project Inspired)

How many people succumb to temptation without even realizing it? Is it even temptation when there is no nagging feeling that usually pulls at one when we know that what we want is bad, but we so desperately want it anyway? Is it temptation if we don’t know it’s a sin, or worse, ignore the morality of the act? These are just some of the questions that arise when reading Freeing Tanner Rose.

My hope is that Freeing Tanner Rose reminds my readers that temptation is everywhere, but that it’s only as strong as people allow it to be. I pray that they are comforted by the story of Tanner and Gabriel, their individual struggles, and of course the truth in 1 Corinthians 10:13 which reminds us all that God offers a way out whenever temptation is present.

Freeing Tanner Rose is available at Amazon, Barnes & Noble, or can be ordered through your local bookstore.

Order Freeing Tanner Rose and support CatholicMom.com with your purchase

T.M. Gaouette writes Catholic fiction for teens and young adults. She’s the author of The Destiny of Sunshine Ranch, and is also a contributing blogger for Project Inspired, the largest online community for Christian teen girls. She was born in Africa, brought up in London, and is now living in New England with her husband and four children.