Interplanet Janet for the 21st Century

Back when I was a kid, going to the planetarium was the best way to interact with the stars and the solar system. I had a big poster of our solar system on my bedroom wall, on which I would dutifully update moon counts for planets as they were discovered. (I'm so old I remember when I updated Jupiter to 9 moons!) I loved going to the planetarium at Ocean County College, and thanks to the big gas crisis of the late 1970's and early 1980's, it was the one place our school system took us. Twice a year. Every year. First through sixth grades.

But I still loved it! My father would even take me there to weekend shows for the college students, where I wouldn't have to endure "Archie the Arrow," and they'd just talk about the beautiful things in the sky.

Our local planetarium is shut down, awaiting fundraising to refurbish it. I could make a trek to Virginia Tech, but honestly, I just don't have the time to do it (now that I know it's there).

This is why I love Star Walk and Solar Walk, apps by Vito Technologies, Inc. Star Walk is like carrying the planetarium guy in your pocket, ready to tell you all about the stars and solar events. And Solar Walk is an in-depth look at how our solar system works, complete with detailed information on the planets, moons, and satellites in our galactic neighborhood. 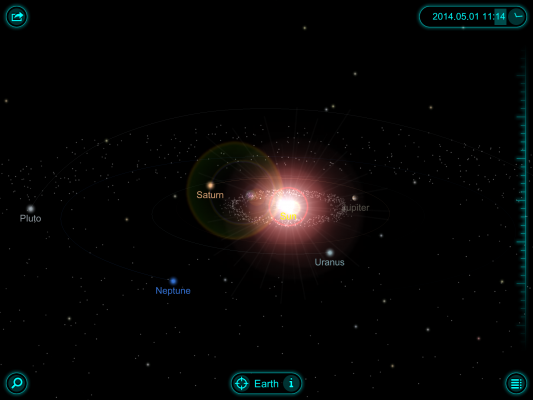 Not only can you explore the app unguided, but you can also watch videos on topics such as comparative sizes of the planets and sun, how the Earth's rotation and orbit affects seasons, and more. 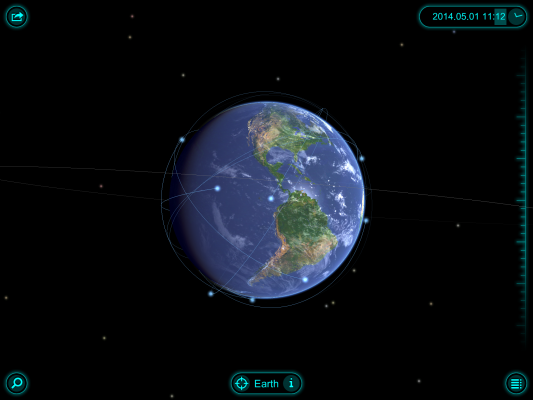 When you select a planet, you can explore the dimensions, learn about the relative gravity, and even learn about the interior of the planet. You can "fly" through the solar system, investigating the planets and their satellites, seeing how each looks from space while circling around it from any and all angles. There's a handy menu that you can use to select or search for what you're looking for.

Once you've found what you're looking for, you can use the timeline to move forward and back in time, seeing how things looked at different times. This can be especially interesting when looking into the many satellites orbiting Earth; just zoom in and use the timeline to see what the Earth looks like from orbit.

The app also has a 3D feature that works two different ways: either with regular red-cyan glasses (which you can pick up at a store; my older daughter got some at a Dollar Tree!) or with a 3D TV, using either your AppleTV or an HDMI adapter for your iPad (in which case, you'd use the 3D glasses that come with your TV).

While the in-depth material seems to be written at a high-school level, this is an app that can start small and grow for a child, giving plenty of information from grade school, up. Younger kids might enjoy the exploration aspects, just seeing how the solar system fits together, while older students could gain new information on the planets. 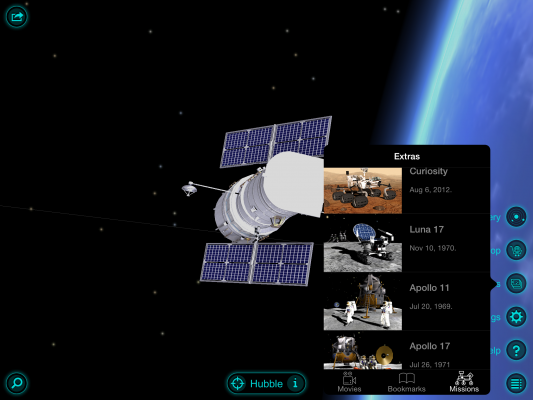 Solar Walk is available in the App Store for iOS and desktop for Mac, as well as the Google Play store for Android devices. For Apple iDevices, there's an iPhone version and an iPad version.