Why Climate Change Doesn't Matter if you are Catholic! 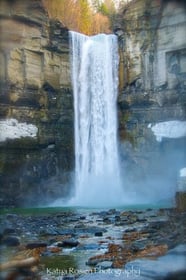 The debate on global warming, climate change, or even climate cooling, rages on. As Catholics this debate should be almost irrelevant.  In the words of some politicians, "What difference, at this point, does it make?"

You see, the subject has been completely hijacked by politicians who are inconsistent in their positions.  As Catholics, we believe that God made the world for man and that man has a responsibility to be a good steward of that creation.  End of story.

Many devout Catholic families were growing 'organic' veggies, composting, and decreasing their waste long before it was politically correct to do so.  They were not motivated by others telling them it was the right thing to do, but rather on their strong Christian beliefs to help protect and use wisely the resources the Lord has provided.

It is interesting that some political groups pick and choose what parts of, "protecting the planet," are acceptable.  We need to look at Catholic teaching to understand the whole picture in being good stewards of the earth.

To Be a Christian Steward

A Summary of the U.S. Bishops' Pastoral Letter on Stewardship

"As each one has received a gift, use it to serve one another as good stewards of God's varied grace" (1 Pt 4:10).

The Bible contains a profound message about the stewardship of material creation: God created the world, but entrusts it to human beings. Caring for and cultivating the world involves the following:

*Joyful appreciation for the God-given beauty and wonder of nature;

*Protection and preservation of the environment, which would be the stewardship of ecological concern;

*Respect for human life—shielding life from threat and assault, doing everything that can be done to enhance this gift and make life flourish; and

*Development of this world through noble human effort—physical labor, the trades and professions, the arts and sciences. We call such effort "work."  Work is a fulfilling human vocation.

The Second Vatican Council points out that, through work, we build up not only our world but the Kingdom of God, already present among us. Work is a partnership with God—our share in a divine human collaboration in creation. It occupies a central place in our lives as Christian stewards.

It is appropriate that we should work tirelessly for cleaner energy, reducing waste, and finding ways to save water and energy.  However, we cannot do this at the expense of human beings (because the world was created for their use).  We should decrease the use of dangerous chemicals, while educating ourselves on which artificial chemicals actually make us safer. We should lead efforts on research to study these things, without a political agenda. There are benefits to some of the things that have been developed over the years, so we cannot have a knee-jerk reaction and throw the baby out with the bathwater.

Speaking of babies... Isn't it ironic that the same groups that scream about everything needing to go organic and do not want cows or crops treated with hormones, want to push hormones on the public as a method of birth control?  These hormones may end up in our water supply.  We must be consistent and wholly Catholic in our approach to these issues.

Most of the world's pollution comes from other countries, many with less developed ways of dealing with these problems.  If we, as Catholics, are helping in these countries: feeding the poor, helping design new and safer technologies, sharing our knowledge, then we will be more effective at truly making a difference in protecting the world's resources. Legislation in one country cannot accomplish this end, as well as, human interaction can!

Like immigration, these issues for Catholics, fall outside of the normal political lines in the sand.  If we are truly Catholic, we must work for a common sense, conservationist approach to the world's problems.  God Bless!

Called to Be Stewards
Read
Question of the Week: Teaching Good Stewardship
Read
Catholic Central: Care for the Environment
Read