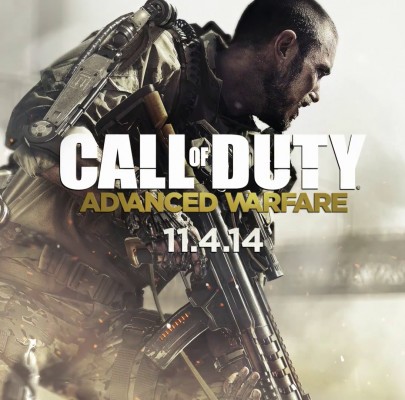 So, how does a video game franchise as old as Call of Duty try to stay fresh? By adding Kevin Spacey and rejected Iron Man powered armor.

Forty years in the future North Korea has invaded the South with high-tech weaponry beyond anything the United States has...Yeah. Right.

If you can get past that bit of absurdity, the first level ends with the obligatory "best friend death." You know, it's the one where he dies saving main character, Jack Mitchell, but you can't tell that he's supposed to be the best friend, since they used him so much for exposition. The writers didn't set it up well. 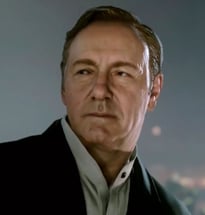 After that opening, Mitchell  is approached by the best friend's father, played by Kevin Spacey.  Spacey is, as usual, the most interesting thing in any project he's connected to.  In Call of Duty: Advanced Warfare, Spacey's character is the head of "Atlas," a private military contractor and weapons developer who has high tech weaponry beyond anything the United States has.

If you think that my use of the same exact phrase to describe Atlas and North Korea is odd, there's a reason for that. It's because Kevin Spacey is the bad guy, he supplied North Korea, and wants to take over the world, declares war on the United Nations, and, really, why aren't I watching a Bond movie?

And no, these aren't spoilers for the game's plot. You pretty much have this figured out soon after Spacey arrives. Why? Because it's every other plot ever in the history of film and gaming.

Shoot things. A lot.  There are some excellent moments in the game, and some interesting original mechanics -- such as the suit allowing you to rip off car doors and use them as shields, then hurl them at the enemy -- but otherwise, it feels like more of the same.  The same as what, you ask? The same as every other Call of Duty, and every other shooter. This is a next-gen game, can we have something that justifies it aside from shiny graphics?

The story has six hours of linear shooting gallery levels.  Your suit has "superpowers"... except that they mostly only work with contextual buttons once you reach certain points, but not actually at will throughout the game.  This includes a Batman: Arkham City zipline, climbing up a wall Spiderman style, and a few other features stolen from video games released in the last year or two.

You've also got -- wait for it -- a Batman: Arkham City scanner that allows you to see through walls! Mostly so you can shoot the enemy before they can see you.

No, this game doesn't have an original line in its coding.

And here's a great question: if I have power armor, why am I taking damage as though I'm wearing paper?

The graphics are stunning.  Bravo.  The people look almost like people, though the lip sync is off at times.

The music ... I couldn't tell over the gunfire.

It's appropriate for people who must have every Call of Duty game.  And morals? Well, on the one hand, there's a definite good guy vs. bad guy, black and white morality at play. Because subtlety and shades of gray are too much for CoD writers to handle.  But there's some "strong language" as well and ... spoilers, I'm not recommending this one anyway.

That's what this game is all about.  However, these are run and gun, poorly constructed shooting galleries where the first person who pulls the trigger wins. That's it. Skill? Tactical thinking? What's that?

And why are we still on 6 v 6 multiplayer maps?

If there were characters to engage with, a world to explore, variations in level playthrough, this might be a real danger. But don't worry, not enough effort went into any of this.

Yes, it's fun, but it's mostly a Michael Bay film.  Full of sound and explosions, and cliches.  Which is probably why they got Michael Bay on stage when this game was first announced.  There was no effort put into this game. It's disappointing, and it annoys me.

Not worth the full $60.  Not next-gen. Not staying in my library.

My Rating: 6/10, an average game.  It does NOT get extra points for Kevin Spacey.

Postscript: As some gamers are wont to chalk up bad reviews of CoD games to "Battlefield fanboys," anyone who believes that will merely be referred to my Battlefield 3 Review.