"Hangout" with CatholicMom.com Bloggers to Make This Your Best Lent Ever 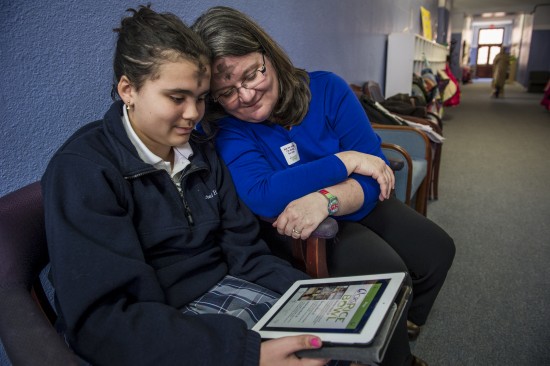 Baltimore, MD, February 4, 2015 - Celebrating it’s 40th year, Catholic Relief Services' (CRS) Lenten program, CRS Rice Bowl, will host a public Google Hangout on Monday, February 16, 2015 at 12 PM EST featuring prominent Catholic family bloggers. CRS Rice Bowl is the oldest and largest Lenten program used by Catholic communities around the United States. Known for its colorful cardboard rice bowl, the program provides a rich collection of online resources to help make Lent more meaningful for people of all ages. This Google Hangout will help parents and grandparents see what’s new for 2015 and share ideas on how to use them at home.

Presenters include Lisa Hendey, founder of CatholicMom.com and bestselling author of The Grace of Yes; Sarah Reinhard, frequent contributor to numerous Catholic blogs and author of several books for Catholic parents; Lisa Schmidt, co-founder of the blog The Practicing Catholic and frequent contributor to others blogs such as CatholicMom.com and Catholic Stand; and Jared Dees, creator of The Religion Teacher, a site of resources and strategies for religious educators.

The 30-minute conversation will focus on how families can bring Lent to life in their homes for children of all ages. Presenters will share their own stories, tips and insights on making Lent fun and relevant in a digital age. Those who participate live can ask questions of the presenters; those unable to attend the day of the event can pre-load questions on the Event Page.

"Those small Lenten sacrifices that we make, the prayers that we say, the gifts that we give—those really do change lives," said Hendey on a recent CRS-sponsored trip to Tanzania. "Become a part of this amazing work by sharing your gifts with CRS Rice Bowl this year."

This Google Hangout is open to the public. Those who wish to participate should RSVP on the Event Page. Additionally, the Hangout will be recorded and made available at crsricebowl.org.

Each year, CRS Rice Bowl helps more than 13,000 parishes and schools across the U.S. deepen their Lenten journey with a wide variety of resources for all ages, including a popular daily calendar of reflections and activities as well as a collection of simple, meatless recipes from the program’s featured countries. In 2014, CRS Rice Bowl went mobile, developing Catholic Relief Services' first- ever app and bringing this 40 year-old Lenten program into the hands of smartphone users across the country. To see what’s new with CRS Rice Bowl visit crsricebowl.org.

Catholic Relief Services is the official international humanitarian agency of the Catholic community in the United States. The agency eases suffering and provides assistance to people in need in 93 countries, without regard to race, religion or nationality. For more information, visit www.crs.org or www.crsespanol.org.