Ever have one of these really fun games, and then there's a sequel, which is a total letdown? Welcome to Bad Company 2. 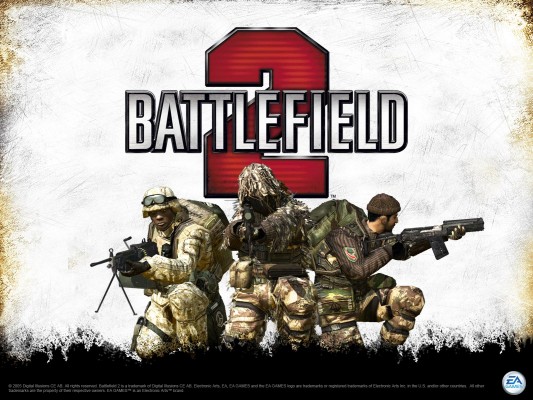 Bravo Company is back ... and by back, I mean it's as though the first game never happened.  The player once again controls straight-laced Preston, and the pyro Haggard, brainy Sweetwater, even "Sarge" have all returned ... even though Sarge is still two days away from retirement.

The game starts in Japan, 1944, a prologue that has minimal impact on the story.Essentially, the Japanese created EMP (electromagnetic pulse) weapons in 1943. And if you believe that one ...

Anyway, Bravo Company is still fighting in Russia, despite that the last game ended with them [SPOILERS]  driving off into the sunset with a truck full of gold, and an angry villain still alive and gearing up for revenge.  Just forget that ending happened. Or the first game. Period.  Yes, I'm annoyed at that.

Bravo's mission is simple -- get the EMP weapon back before the Russians get it.

No healing in this one.  One bumper fires grenades, and the other throws them. Yippie. And you're going to die. A lot. Because there is no healing, and because the characters die easily in this one.  And death has harsh, harsh consequences. Annoying consequences.

If you think I didn't like this one as much as the first, you'd be right.

Hold the left trigger t o zoom on the scope, right to fire -- no matter what the weapon is, or where it is. Unless you're in a vehicle, then the triggers move forward or back. And there a few vehicles.

There are still many types of guns, though they all feel the same.  On the one hand, the player can carry two weapons.  Yay.  Except you'll probably just use the primary weapon they give you to start with, and have a secondary weapon of either a sniper rifle or a rocket launcher along the way.

The vehicles are nowhere near as varied.  There's one scene where the player pilots a UAV drone, but that's about the most interesting part of this one.  No piloting helicopters here, you only get to control the gun in the back of the chopper this time out.  There are some motorcycles, to which I say Big Deal.

The vast playgrounds of the last game, with its various and sundry ways to achieve almost any goal, have been replaced with harsh invisible walls that create corridor after corridor, scripted event after scripted event.  With mindless AI enemies, many of whom will charge straight into your gunfire.

If you decide to get this game for you or yours, just get a sniper rifle and take out everyone from outside their firing range, if you can.

And the entire environment is still destructible.  Almost easily destroyed.

And there are some sections that will lead to instant death repeatedly.

The graphics are still quite nice, and on par with the cut scenes.  The soundtrack isn't bad.  However, outside of your four main characters, every other character model looks exactly the same. They just change clothes and hair, but of the the four other characters with speaking parts, three of them look exactly alike.

Remember how the last game (Battlefield) was T for teen?  Not this one. Cursing and swearing and four letter words litter the voice acting like garbage in a landfill.  Shoot someone, there is no simple "poof they fall down" like last time.  Shoot someone, there will be a spray of blood that comes out in a quick puff of mist. Miss a headshot a little low, enemies will grab their throats and cry out.

Yeah. You can tell I'm not recommending this game, can't you?

Not anymore. When this first came online, sure. Nowadays ... probably not.

None. Difficulty spikes, a checkpoint system that's sometimes barely there, all lead to a frustrating game experience.

This is where the franchise started going downhill.